By chogministries
Posted August 9, 2019
In All Church of God, Southeast
Trafficklight Partner Remerge Celebrates 20 Years of Ministry2019-08-092019-08-09https://www.jesusisthesubject.org/wp-content/uploads/2016/07/ChogLogo-Light.svgChurch of God Ministrieshttps://www.jesusisthesubject.org/wp-content/uploads/2016/07/ChogLogo-Light.svg200px200px 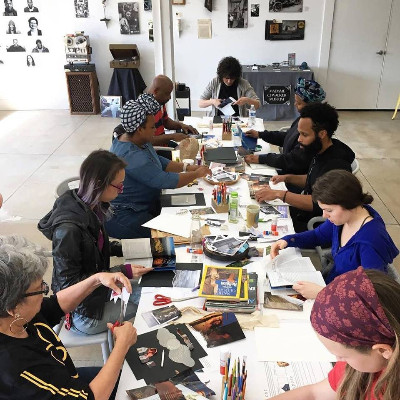 Creating art for the museum housed onsite by Remerge. Learn more at www.remerge.org.

Twenty years ago, Church on the Street emerged in Atlanta, Georgia, radically transforming the way we do ministry to those outside the walls. Church on the Street took church to the people living without homes and beckoned traditional churchgoers into proximity with, and investment in, the lives of persons in poverty. Having become a Trafficklight partner since, Church on the Street never sought to engage the fight against trafficking; still, that fight came to them, and they’ve responded with holy boldness and love. Remerging in recent years from the starting point of reconciliation—that is, with God and neighbor—Church on the Street became known as Remerge in 2016. With intentionality, flexibility, and fervor, Remerge enters its twenty-first year, ready to change hearts from the streets to the suburbs, from underpasses to newly upholstered pews.

Andy Odle officially became the executive director of what is now Remerge in July 2008. Before that, he’d been living in Scotland while working on a PhD. But Andy is no stranger to the organization. When it first launched, Andy was on the ground working with Kurt Salierno, who founded Church on the Street in 1999. For several years, Andy led the educational programming for the ministry. His undergrad and seminary experience with the Church of God, followed by ordination, nurtured Andy, who had also accepted Christ in the Church of God. But nothing could fully prepare Andy for the nontraditional setting of ministry on the streets of Atlanta. And there’s nothing Andy would rather be doing today. 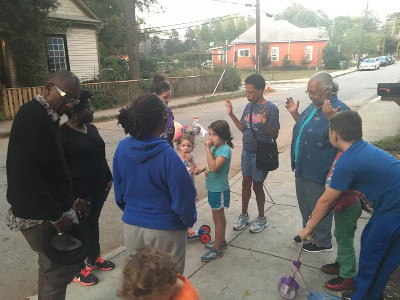 “The two hallmarks of our movement, unity and holiness, are central to our work,” Andy reflects. “We describe ourselves as reconcilers, helping to connect people across boundaries, erected over time, that deepen our separateness and suspicions of God and our neighbors. This unity is not an other-worldly spiritual unity, but rather manifests itself in relationships and, thus, must be lived concretely in the world—that’s holiness. We are not only interested in personal reconciliation with God and neighbors, but with historical divisions that manifest in systems, cultures, practices, and built environments that demand God’s reconciliation and justice.”

As the ministry needs have grown and expanded, Andy Odle envisioned an even more holistic vision than what had launched Church on the Street. “If God is in the world through Christ, reconciling it to himself, then our work must align with this believe and worldview,” Andy explains. “We hold that if we commit ourselves to reconciliation, then that work will necessarily result in communities of peace. Since God is the only one who can make reconciliation happen, our task is to make the conditions favorable for God’s work (consider John the Baptist).” 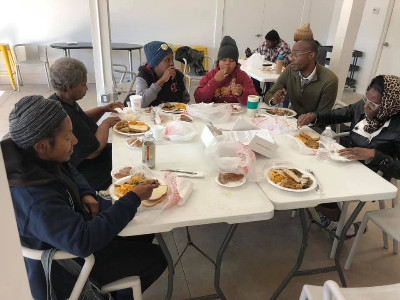 The challenge has been navigating the shifts in culture and finding methods that do just that. Few ministries have dared to do things so differently, thinking outside the box and challenging the status quo in a similar fashion. As such, Remerge finds itself taking risks and learning as they go, all the while desiring their kind of ministry be a model for other cities.

“We are attempting to create something that doesn’t exist, which can also be conceptually replicated in different contexts,” Andy explains. “Guided by a single question—‘What does reconciliation look like here?’ we are experimenting with building an organization committed to moving toward an answer.”

In so doing, Remerge welcomes the participation and contribution of “the most vulnerable” in the process. They’re not simply coming up with a program from their outside perspective and pushing it on their neighbors in need. It’s a “moving target,” as Andy puts it, and the challenge keeps them on their toes.

So, when they discovered the issue of trafficking was a real factor in their ministry, they moved along with the target. 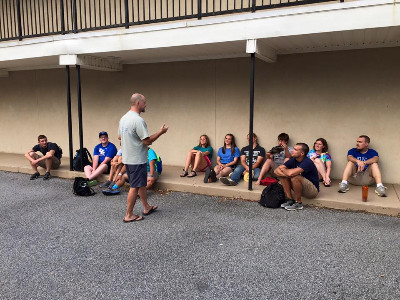 “Our work, either directly or through partners we are in training or consultation with, has coherence in its central attentiveness to the most vulnerable of neighbors,” Andy explains. “In this world—especially in Atlanta, the central hub for human trafficking in the United States—the trafficking of human bodies, either in sex work or physical labor, will be found wherever vulnerable populations can be exploited. We did not set out to address human trafficking; rather, what we found was that our neighbors were being trafficked and we had no choice but to respond to their suffering and the context that created the problem in the first place. This reality led us to learn from and listen to our friends who were suffering and to those who have spent a lot of time working in this arena. In this learning process, it was also important to maintain our commitment to the larger task of reconciliation and not just rescue.”

Remerge takes several practical steps to curb trafficking in their context. Creating safe spaces for women, disrupting “business as usual” in settings where exploitation takes place, developing healthy relationships with these women, teaching warning signs, and establishing partnerships with other anti-trafficking organizations, have all helped Remerge toward this end.

Of course, it’s a process, and there remains much to do. So, for the next twenty years and many more, Remerge is committed to leading the charge for reconciliation in the Church of God and beyond.