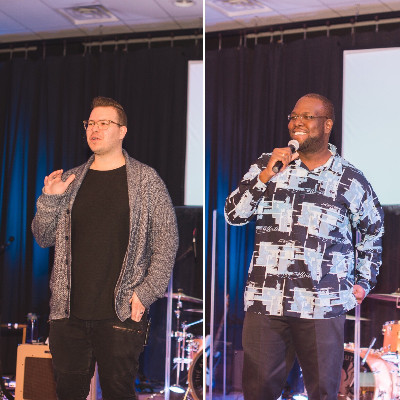 Two are better than one, especially when it comes to church planting. Perhaps nowhere is this more abundantly clear than at United City Church in Indianapolis, Indiana, where Josh Wagner and Keith Spencer share the pastoral responsibility. Yes, one pastor is white and one is black, and this is intentional—they’ve set out to be a diverse congregation; leadership must reflect the congregation they want to be. But it’s not a forced partnership. A common mission binds the dynamic duo, and they don’t just love each other with the love of Christ—they like each other! By learning each other’s strengths, passions, and gifts, they’ve discovered how to maximize their unusual but effective leadership for the glory of God and the betterment of their city.

Josh and Keith actually knew each other long before United City Church came to be, though not on a very deep level. At about age sixteen, Josh was attending Camp Warren in Illinois and Keith was a counselor, about four years older. Later, Keith would become acquainted with Nonni (would ultimately marry Josh) when Keith and Nonni were in the Chorale together at Anderson University. Friendship—and a kingdom partnership—truly began when Josh sent Keith a message on Facebook, asking if he might be interested helping realize the vision God had given Josh for a new, intentionally multiethnic church in the heart of Indianapolis. This sparked a dialogue, which lasted a year before their church planting partnership was sealed.

Everyone knows most churches have one senior pastor and, depending on size, associate pastoral staff, too. But some Church of God congregations across North America have found a co-pastor model beneficial. A co-church planter model is probably a bit rarer, but Josh and Keith have found ways to work with each other while avoiding stepping on one another’s toes. Of course, this doesn’t mean they see eye-to-eye every time. 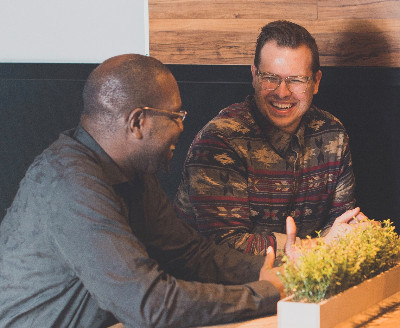 “Speaking of the two-pastor dynamic,” Keith reflects, “I think it really works well, though we’re complete opposites in many areas, including personality. One of the reasons it works well is I actually like the guy! So, we can have a contentious conversation about an issue but, at the end of the day, we still want to hang out and watch a football game together! Plus, my areas of weakness tend to be Josh’s areas of strength.”

Keith’s relational strengths make him a perfect fit for city engagement, pastoral care, marketing, and leadership of discipleship and social groups. Josh, who received the vision for the church, continues to cast vision and leads the church forward. Josh also bears the brunt of the preaching, but not all of it.

United City Church officially launched in October 2018. Obviously, the work is very new, but the pieces of the puzzle have taken several years to put together. Besides the cementing of the pastoral relationship, the exhausting task of what is called “pre-launch” involved a number of partners, supporters, consultations, community-relationships building, marketing, teach meetings, and “preview” services, which not only provide a feel for community engagement to-date, but also allow the entire launch team the chance to practice conducting worship services. It’s grueling and seemingly never-ending, but it’s all worth it in the end. 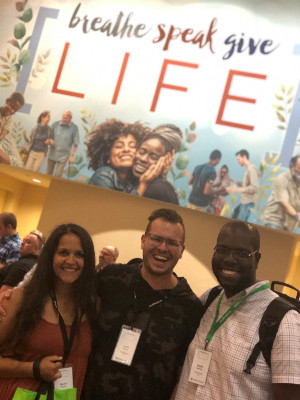 Nonni and Josh Wagner with Keith Spencer at Convention 2019.

“Really, our heart is for radical hospitality—loving all people as image-bearers of God,” Josh explains. “That’s why the name, United City. We’re creating a John-17 kind of environment united around love in order to worship the Lord. With “city” in the name of the church, we’re communicating that we’re not just for the city, but we’re with the city.”

In determining a location for the church plant, the team looked at several factors, including proximity to other Church of God congregations and demographic diversity. Desiring a diverse congregation, they landed on the very diverse northeast side of the city. Adding to United City Church’s unique role in this neighborhood, they’re looking especially to reach “unchurched” and “dechurched” people. Whether hurt or disenfranchised by the institutional church, the United City team is dedicated to listening, caring, and showing them the real Jesus.

“We’re seeking to restore authentic community,” Josh explains. “We want to be about relationships that bring life. Twenty-seven percent of millennials say they deal with loneliness. Twenty-two percent say they don’t have a best friend. This is a huge piece for us to address.” 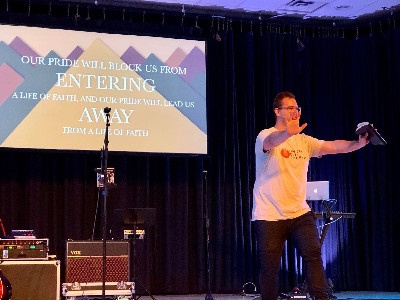 Keith adds, “You look at our culture, what’s going on—battles racially, battles between different groups…it’s easy to live in our own communities with people who live, look, think, and do like us. They’re searching today where they can truly connect. You get a glimpse of it happening in bars. People are looking for community, and they were created to be in community. We live in the most connected times ever—think social media—but also the most disconnected. So, in everything we do, we’re trying to bring that authentic community.”

One of the innovative ways they do this is through their three categories of small groups. Groups focused specifically on discipleship and learning are called soul groups. Groups dedicated to mission are called serve groups. And the most unique one, social groups, have absolutely no agenda other than to hang out. The dechurched population, in particular, is far more likely to connect with a church in these low-pressure social group settings. Of course, you never know when the Spirit’s going to move.

“One dude was having a nightmare every night and shared about it at a social group setting,” Josh recounts. “We prayed for him right then and there, and he told us later that he stopped having those dreams.”

These are the kinds of experiences that affirm for Josh and Keith that God has them right where he wants them. The same is true for the people who come to Christ and get baptized. One especially meaningful baptism was of a thirty-five-year old man who had strayed from God for seventeen years. His parents had been praying for him desperately to return to faith. These parents were overjoyed to witness their prayers answered at United City Church on Easter Sunday. 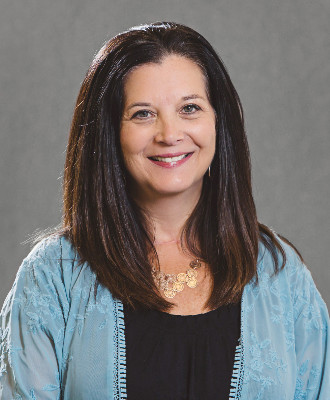 If two are better than one, then three—and more—are even better. The United City leadership team has continued to grow, bringing on several key individuals to support their ministries, including Church of God Ministries’ own Ann Brandon. Ann, who serves Church of God Ministries as executive director of operations and innovation, serves weekly on the church’s hospitality team, helps set up the rented worship space, prepares the coffee and tea, welcomes guests, and preaches on occasion. As part of the leadership team, she helps Josh and Keith develop strategy for care and outreach, teaching series, and events.

“I learned about United City over a year before I was involved when Josh and Nonni Wagner shared about it at the Indiana Ministries meeting,” Ann explains. “I thought then, ‘Wow, that sounds great!’…I want to be a part of a community that acknowledges the struggles of our culture, lives out the hope of Christ, and wants to be a voice for the oppressed, marginalized, and excluded.”

One conversation led to the next, and Ann was hooked. When asked what has blessed her most about being a part of the church planting experience through United City, she beams: “Seeing the enthusiasm and gratitude of new believers. Watching a diverse team really lean into their gifts and invest day-in and day-out in difficult work…I have found a home with this family and with this faith community!”

Please pray for God’s kingdom to advance through United City Church. Pray for even more diversity and unity. Pray for spiritual growth. Pray that they stay on mission and are blessed financially to continue the work. Thank you!