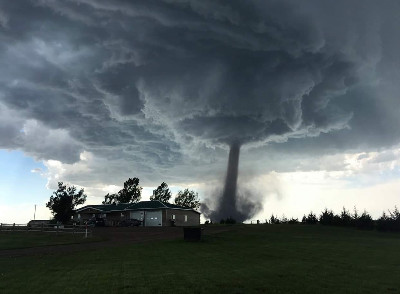 Two tornadoes have touched down within a few miles of Pass Creek Church of God in Allen, South Dakota, this year. One of them struck during Church of God Convention 2019 and General Assembly, while Tim and Kim Wardell, Global Strategy missionaries to Native Americans, watched the news coverage helplessly, more than 1,800 miles away from home. Though everyone was safe and overall damage was minimal, the tornado left one family in Allen homeless. While South Dakota is often associated with cold and snowy winters, the state does rank fifteenth in the nation for annual tornado activity. In view of this, and the great need to protect the congregation, locals in need, and work camp guests, the Wardells are looking to the Lord and his church to help them turn a vision into reality.

Thank God for his protection of people and property! Tim says there was a tornado that destroyed one of two mobile homes used as VBS shelters on the church property about seven years ago, but this year’s tornadoes still hit too close to home for the Wardells. These weren’t tiny twisters by any stretch of the imagination, either. Stunning photographs show the severity of these windstorms and just how close they came to civilian areas. Things could have been much worse. 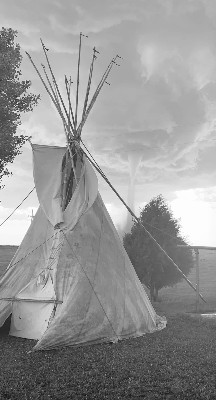 Tornado as seen from near Allen.

“People tend to think of snow and very cold temperatures when they think of South Dakota,” Tim and Kim explain, “but the summers are just as hot. And, should a tornado hit Allen and damage homes, there would be no doubt that it would affect the community economically. Most of the reservation residents live in homes that they rent from tribal housing. The tribe has no funds to repair or maintain the homes they manage, let alone replace one destroyed by a tornado.”

Thankfully, the missionaries launched the Pass Creek Facilities Project in January. The Wardells, who live on the church property in a small, single-wide, 1970 trailer, are asking for support to construct a parsonage on a full basement. The parsonage would be available for whomever is in ministry leadership at Allen, and the basement would provide a safe haven for anyone in the area in need of shelter during severe weather. 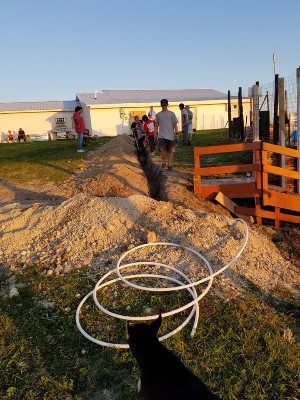 Tim explains, “The current housing where Kim and I reside now is 486 square feet and is desperate need of repairs. Most of the residences in the area are built with a basement shelter, so our parsonage/storm shelter would only be needed by the few people living in mobile homes or who can’t make it home in the storm. We would be able to provide shelter for anyone on the property—church service, Bible study, youth night, etc., if a storm comes through. In the event of a tornado while a STEM [short-term engagement missions] team is serving, the basement would serve as a shelter for them, as well.”

Recent close-calls with tornadoes only underscore the urgency of this project. The great news, however, is that no severe weather threat could thwart what God is doing in and through the Wardells and Pass Creek Church of God. Consider their summer VBS outreach. 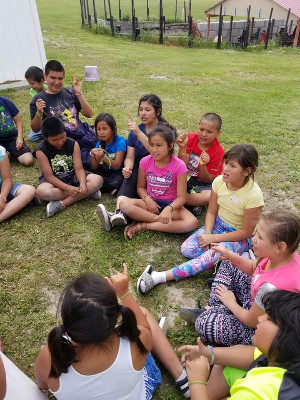 VBS at Pass Creek Church of God this year.

“There is so much to praise the Lord for,” Tim and Kim recount. “After three years of service here, the community is beginning to respond to the gospel and the care that has been provided to them. The Lakota do not bond quickly. They need to see that you are genuine and authentic in your life, that you really believe what you preach and teach—that you care. They are seeing that we do love them, through acts of service, and many walls have been broken down as a result of this trust. Our VBS season has been amazing. It has consisted of six VBS weeks and four work teams. We have averaged the mid-sixties in attendance of four- to twelve-year-olds each day. It has also been a success for the STEM teams that come together from multiple congregations to serve together. These teams have made an incredible impact on this community.”