Racial Prejudice and the General Assembly

For all of the wonder and life that was found during our Church of God Convention and General Assembly in Orlando, there was one dark cloud that must be mentioned—made all the darker by the bright light it sought to diminish.

One of the inescapable wins of this Convention and Assembly was the oft-noticed diversity of leadership in our tribe. Both by gender and color, the Church of God is a stand-alone in American Christianity, for the way it emphasizes unity and offers opportunity and respect to all “washed in the blood,” without prejudice. The world feeds on prejudice. We, on the other hand, are in the world, but not of the world. John 17 is always a great read.

The line-up of speakers, the officers and leadership of the Assembly, the complexion of the Ministries Council and our Standing Committees, and so much more, were on display at this Convention in ways that could not help but impress. I was thrilled to hear some “first-timers” express their joy and affirmation for the diversity so evident, for the seamless harmony of a people “neither slave nor free, male nor female, Jew nor Gentile,” but one in Christ Jesus.

Sadly, this beautiful portrait was not appreciated by all present. More than one heartbroken member of the General Assembly approached me at its close to express dismay that they were seated in proximity to some who, while voting the Assembly’s Ballot, said, out loud, “Don’t vote for that one—we have enough blacks up front….” Some even heard the “N” word in play.

No one redeemed by the blood and set apart by the Spirit should allow such thoughts to be resident in their hearts or allow others to voice it in our midst. It is sin. Many are they who long for “the good old days,” but some days in the past were framed by the sin of racial prejudice, dividing even the body of Christ; those days were not good. They were evil. Corrupted. Those days must be vanquished, their memory abhorred and their future banished. The Spirit appoints who He will to serve; as we open our hearts to Him we necessarily affirm all that are made in the image of God. “God shows no favoritism. In every nation He accepts those who fear Him and do what is right” (Acts 10:34–35).

One of the most positive developments in the life of the Church of God has been the way we have moved from the past into the present as a people, celebrating the diverse cultures and backgrounds of our brothers and sisters (yes, our literal brothers and sisters in Christ, with one heavenly Father) while, at the same time, respecting and embracing the wisdom, mind of Christ, and anointing of each—without regard to color or culture.

Yes, Barack Obama (born in the United States) was elected President of the United States. Yes, tremendous strides have been made in the legal and social frameworks of both American and Canadian civil society. Yes, the light of equality in Christ has burned more brightly in recent years. Yes, majority culture has been awakened to its privileges undeserved and become more sensitive to the journey and experience of minority cultures.

But, as this sad episode brings home, the darkness still haunts some quarters; we are not altogether out of the woods, yet. If you’re worried about holiness in the church, worry about this. Every local pastor, every regional pastor, every agency president, every member of this church family must speak clearly, loudly, unmistakably on this front to these ends: let never such rubbish be heard in our Assembly again. Let it not find room in our hearts. May we humbly bow before our Lord, seeking His forgiveness for our blindness, and repent. May we be absolutely committed to the unity of the body, focused on hearts, not judging by color, class, or any other outward form.

The Holy Spirit will not breathe life into this Movement if we do not irrefutably shed the soiled clothes of prejudice and division based on race.

Enough said. Celebrate the wonder of this church family and never let the enemy of our souls take it back to days some people think were great but were not. May we defy the wicked tenor of our time and be a holy people, united in Christ alone. 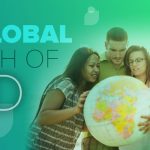 Developing a Heart for the WorldChurch of God, Youth Ministries