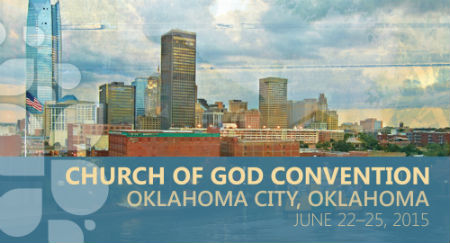 The Church of God Convention 2015 will be held at Crossings Community Church in Oklahoma City, June 22–25.

The decision has been made by the Convention Committee elected by the General Assembly last June. A careful review of all of the options for the June 2015 Convention was undertaken in August, and Oklahoma City, once more, took the nod. The Crossings Church has welcomed us and has agreed to work with us again at no cost.

The General Assembly also assigned to the Convention Committee the task of bringing forward a long-range proposal for the Church of God Convention for consideration by the Ministries Council in March 2015 and by the Assembly in June 2015. The decision to convene in Oklahoma City next year has been a standalone decision made for next year only. The committee’s longer-term recommendations remain in process.

Feedback from Be Bold 2014 has been overwhelmingly positive, as measured by anecdotal evidence, statistical markers, and formal responses received through surveys distributed at the convention (428 were returned).

Additional details about the program for June 2015 will come in the next few weeks. Thank you for marking your calendars and making plans to join us in Oklahoma City next summer.