By chogministries
Posted August 6, 2019
In All Church of God, Southeast
Louisiana Church Planter: “The Struggle is Real”2019-08-062019-08-06https://www.jesusisthesubject.org/wp-content/uploads/2016/07/ChogLogo-Light.svgChurch of God Ministrieshttps://www.jesusisthesubject.org/wp-content/uploads/2016/07/ChogLogo-Light.svg200px200px 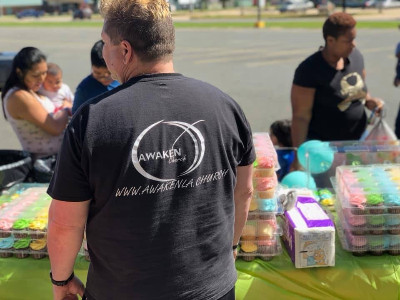 Church planting is not for the faint of heart. Attendance ups and downs are normal. Emotional peaks and valleys come standard. Starts and stops are rocky, and twists and turns are plentiful. It’s a roller coaster of an experience and, as Stephen Nelson of Awaken Church, in Natchitoches, Louisiana, explains, “The struggle is real…but God is faithful!” With candor and confidence, Stephen opens up a window to the challenging but life-changing world of church planting as he’s experienced it over the past few years.

Eight-and-a-half years as a lead pastor and ten as an associate could not fully prepare him for the role of church planter. Even after reading all the books and articles on the subject he could, as well as engaging in dialogue with church planters and leading church multiplication experts, there were still several things he could only learn by experience. This learning experience, though challenging, has proved eternally rewarding in a myriad of ways, even as it has stretched him farther than he could have possibly imagined.

When the predominantly white and predominantly black state assemblies of the Church of God in Louisiana merged in early 2014, one of the first united actions they took was to get the process going on church planting again after years of starting no new congregations. Stephen greatly admired the unified assembly’s new heart for multiplication. He’d had conversations with trusted advisors about the possibility of church planting (including Tom Planck), even as he initially wanted to simply be part of a church that supported it, taking an active role in the multiplication process. As it turned out, God had planned for Stephen and his family to “parachute” into Natchitoches, begin building relationships, and launch a church, essentially from scratch.

So, Stephen and his family hit the ground running.

“Wherever I could make connections in the community, I did,” Stephen recounts. “I immediately set up a website and Facebook page. I printed cards that pointed back to our website where visitors could read about our vision. I started connecting with people; one thing about the South, it’s easy to strike up a conversation. But one thing about the South, everybody’s already got a church.” 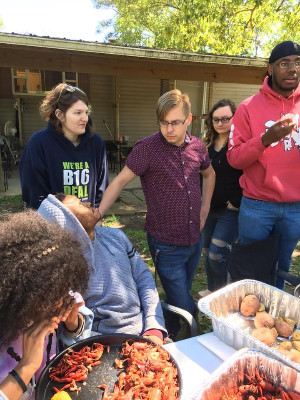 Of course, that doesn’t mean everybody’s walking with the Lord. The culture reinforces the idea that going to church is a good idea (even if it’s just Christmas and Easter). “We’d tell them our vision,” Stephen recalls, “and they’d say how great it was and how their community so desperately needs that. ‘But we already have a church,’ they’d say.”

By the end of August 2016, Stephen and his wife Shelly concluded they’d made a sufficient number of connections to host their first get-together. As the deserts were prepared and the coffee was brewing, anticipation was mounting for a special evening with new friends and new opportunities. Time came for the event, an hour-and-a-half passed, and nobody showed up.

“We were kind of down,” Stephen reflects. “But we prayed, ‘Okay, God, this is your thing, so what should we do?’”

God answered right away and prompted them to take all the deserts to the local school for the teachers as a gift. They did just that, receiving a warm welcome from the teachers. “So, it turned out to be a great initial way to connect with the school,” Stephen explains.

Through a connection with another Church of God in Louisiana, a college student at Northwestern State University in Natchitoches got connected with Stephen and Shelly. The African American female brought friends with her and asked if they could come back weekly for Bible study. Soon the original four morphed into twelve black female students coming every Thursday night to this white pastor’s home to dig into God’s Word. It wasn’t what Stephen had imagined—it was, in many ways, better! All the while the college ministry continued, the Nelson family continued to reach out into their community.

One man visited from the local United Methodist Church, building a bridge to future gatherings at their coffee shop facility at no cost to Awaken. Some growth took place, but very little. “We found that unchurched people didn’t want to go to a church building, and certainly not on a Sunday night,” Stephen explains. 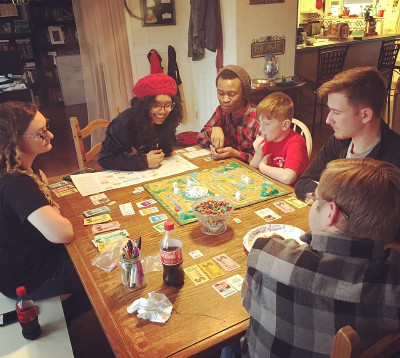 While the growth didn’t happen like they’d hoped, they continued to build relationships and win the favor of others around them. The Methodist church even told the Nelsons that if some of their congregants wished to be a part of Awaken’s worship gatherings, they would welcome that. They year 2017 came and Awaken held three “pre-launch” services—two at the Methodist church, and the third one at a movie theater. But even these events were a bit disappointing, too.

“The preview services didn’t give us the ‘bang of the buck’ we were looking for. We did the flyers and promotion of all kinds, but basically all we got to join us were the college students.”

But it wasn’t all bad. In fact, there was much good that came out of yet another learning experience for these parachute planters. “The preview services didn’t draw the crowds, but helped our team learn how to plan and execute worship services together. They turned out to be practice for what would soon become a week-to-week experience.”

The church still hasn’t grown a lot, but they celebrate what God has done. Five to six families now come on a regular basis since the church started weekly gatherings at the movie theater in October 2017. They’ve developed disciples and leaders from within, including their worship leader. The college ministry is flourishing, even as one of the young ladies has launched an officially recognized campus program and calling it the name of the church—Awaken.

So, what have they learned, even as their story continues to be written—even as the struggle is real, but so is their great God?

“Door-to-door doesn’t really work,” Stephen explains. “These days, people just don’t want you knocking on their doors. The new ‘door-to-door’ does work, however, and that’s wherever there’s WiFi in a public setting—coffee shop, sandwich shops, even the library. I’ll wear a T-shirt with the church name on it and have a book like JesusB. on the table and someone will ask me about either one.” 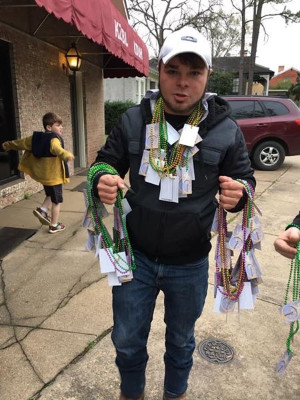 Stephen continues. “The main thing that hit me pretty quick was that there’s no built-in system for families when you start a church plant. You accept the pastorate at an established church, even a small church, and you probably have at least a nursery facility and, often, at least one other child. You have friends you can make immediately. Even most church plants these days start with seven to ten core families to help. Don’t take this for granted. It took us almost three years to develop these relationships.”

Then there’s that roller coaster experience. “Nothing really prepared me for the ups and downs of church planting,” Stephen explains. “One minute, you get to tell someone about your vision, and you start flying high, and the next thing you know, you never hear from them again. We’re conditioned to focus on numbers and finances, but I’m learning that our church is a healthy little group. God is doing some great things in and through us, and that’s healthy, spiritual growth.”

Prayer, wise counsel, and a supportive spouse are also essential, Stephen concludes. Gary Kendall, who founded Indian Creek Community Church, a thriving Church of God congregation in Olathe, Kansas, coaches Stephen. He couldn’t be more pleased with such a valuable partnership. But his wife has been most indispensable to the experience.

“Sometimes it seems I’m just spinning my wheels, and no results,” Stephen reflects. “Others don’t see the wheels spinning; they just see you’re going nowhere. She sees the time I’m working, regarding me still as a great daddy and husband. I want to keep my family first. If I let it, church planting could consume every moment of the day. Having my office at home requires setting boundaries. From 4:00 in the afternoon, through the evening, there is no conversation about church….”

God’s hand is on Stephen and his family and, even in the struggle, he wouldn’t have it any other way. “This is God’s idea and not mine,” he concludes. “Therefore, I can trust him and his timing and provision. If he’s got me here to disciple a group of twenty people for ten years, great! If he’s got me here to see something become self-sustaining and plant other churches, awesome! We can’t fully plan what it looks like, but when all we see are the curves, he knows the destination.”

In Louisiana, across North America, and around the world, the Church of God is taking back what hell has stolen. Join the movement. Give life. Donate today at give.jesusisthesubject.org.