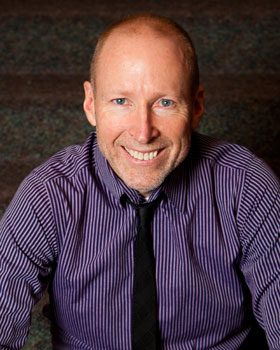 He’s finally here! Since his name was presented as the candidate for general director of Church of God Ministries (CGM), the church has been anticipating Jim Lyon’s arrival. On August 5, Jim assumed the role of general director, having been ratified by the General Assembly of the Church of God earlier this summer with a majority vote of 92 percent! This is the beginning of an important new chapter of leadership for this movement.

In his first address to the Assembly after ratification, Jim lifted up an important vision, captured in the phrase “Jesus is the subject,” based on Paul’s words in 1 Corinthians 2:2.

As Lyon reiterated to CGM staff on his first day, Jesus must be the subject around whom the Church of God comes together, for it is through him that we come to knowledge of God and his purpose for his church. “Knowing who we are and owning that with one voice, with one mind, and with one spirit, is the essence of unity. It is our identity in Christ.”

Jim has referred to the church as a “masterpiece,” as described in Ephesians 2:10. “Who we are as a people,” he said, “how we are adopted by the hand and providence of God for his purposes, his destiny, his providential will—that is what empowers us to change the world.” In this new role, Jim is looking to unlock the tremendous potential of CGM and of the church. Together, we can become a body that is a true “masterpiece of God, the authentic representation of the presence of the living Jesus.”