His service in the church and the state is nothing new. Though he’s only been a lead pastor for a couple years, the Missouri minister has been a viable force for the kingdom of God in several capacities for many years. As a youth leader, member of the church council, and trustee, his longtime devotion to Christ and the body of Christ can’t be questioned. But when faced with the possibility of taking over for his senior pastor, he wasn’t immediately certain. Similar to stories of the divinely called across the country and beyond, Mark Turner had to endure a season of wrestling with God. Looking back over what God has accomplished so far, the senior shepherd of Granby First Church of God today is glad his ultimate response was, “Yes, Lord.”

In April 2019, Mark was ordained by Missouri Ministries of the Church of God after successful completion of Leadership Focus. Mark and his family were an integral part of Granby First Church of God, and Mark had no aspirations for higher office in the congregation. But when circumstances and calling left the lead position open, Mark’s wife became a conduit for the Holy Spirit. “My wife asked me if I was going to put in my résumé for the position,” Mark recounts. “I said no because I believed I was not qualified. But she remind me that God’s power is made perfect in our weakness. After several weeks of excuses, I felt God saying, ‘Enough excuses!’” 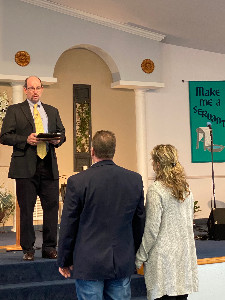 Yes, Lord! So, what did God do with Mark’s yes? “A lot of spiritual growth across the congregation, including seven baptisms,” he explains. “God inspired our church to become debt-free, too, and we have been able to take a big chunk out of our debt in the last year alone.”

Anyone who’s been at the helm of a church for any length of time knows that’s a big deal. And, while there is much yet to do, Mark beams, “I believe that God is bringing our church to a better understanding of who he is, so we will be better prepared to make a difference for him in our community!”

Certainly challenges do exist, but under the leadership of Mark Turner, the church is making progress. For instance, prevailing mindset in the area suggests a general resistance to holiness as a lifestyle. Everybody makes mistakes—and that’s okay, people say. Of course, grace is offered in abundance at Granby First Church of God, but Mark Turner wants believers to understand that, though Jesus says, “Neither do I condemn you,” he follows that up with, “Go and sin no more.” There is, after all, victory in Jesus! Such victory is a message Mark also helps communicate through his involvement in a vital men’s ministry that has made a broad impact for the kingdom. 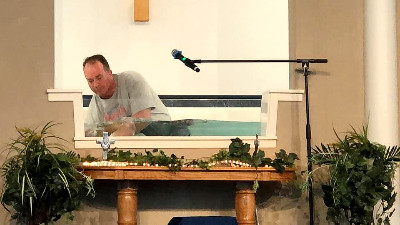 Every September, the Missouri Churchmen, for which Mark has served through its executive council for many years, hosts “Man Camp” at Camp Sharon. Men from churches all across the state and across denominational lines are welcome to attend each year. Granby annually takes one or two men along to participate. Mark says of the value of the experience, “When men are godly leaders in their household, the family is more likely to be involved in their local churches.” 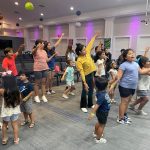 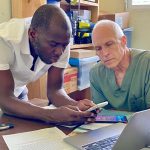