Wrestling with the Call: An Alabama Pastor’s Ministerial Journey

By chogministries
Posted August 22, 2017
In All Church of God, Southeast
Wrestling with the Call: An Alabama Pastor’s Ministerial Journey2017-08-222017-08-22https://www.jesusisthesubject.org/wp-content/uploads/2016/07/ChogLogo-Light.svgChurch of God Ministrieshttps://www.jesusisthesubject.org/wp-content/uploads/2016/07/ChogLogo-Light.svg200px200px 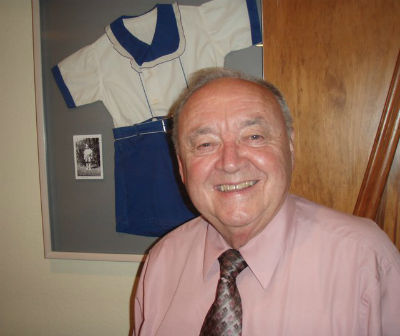 “I’d never taught a Sunday school class. I was sure I couldn’t even talk in front of people. I was not going to be a preacher.” Clearly, God had other plans in mind for Loren Sutton. The eighty-two-year-old pastor of Airview Church of God in Opelika, Alabama, has not only served the Lord in ministry the majority of his life, he also just can’t seem to retire—no matter how hard he tries! Loren knows firsthand what it means to wrestle with the divine call.

Loren Sutton grew up on a farm with every intention of following in the footsteps of his farming family. At the age of eight he surrendered his life to Christ, but had little idea what that surrender would entail. When his immediate family moved from Illinois to Alabama, his parents took positions at Southeastern Bible College and things began to change. After a series of events led Loren to accept a senior-year stint at Hesston Academy in Hesston, Kansas, he returned to Southeastern Bible College. Even in these formative years, Loren was given the opportunity to go back to his Illinois roots and become a farmer. But the divine call, though faint at the time, took him to a Christian college.

Loren and his wife Elouise searched together for what they thought would be their calling in life. In reality, they were running from that very call. They’d visited the Church of God congregation in Birmingham where a friend served as associate pastor, but staunchly convinced of their distinct doctrinal perspectives, determined never to go back. For a time, Loren poured out all his energy in finding what they hoped God was leading them to do, only to discover they were up to their eyeballs in debt and downright exhausted. Five months in financial and spiritual distress, their friend contacted them and told them they needed to come back to Birmingham. Reluctantly, they agreed. 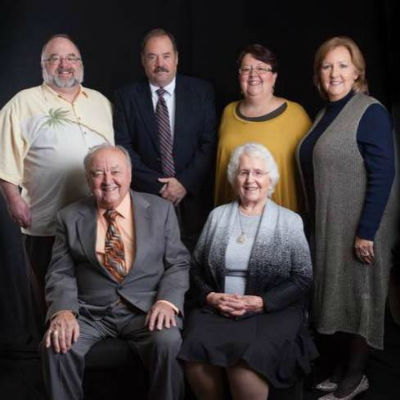 But Loren still didn’t accept the call. “I was sure I didn’t have a call to ministry,” he recalls. “I said I’ll go home and do my Bible study and I’ll be the best layperson any church has ever known! But that’s all!” It wouldn’t be much longer before that zeal, familiar to those who know Pastor Loren today, would be redirected to God’s perfect plan.

Back in Birmingham, Loren was offered a job to help build the new home for the Church of God congregation until he could find gainful employment. It was January, and by April both Loren and Elouise knew that they’d end up attending the Church of God. “We just knew,” Loren recounts. “But I still was not going to be a preacher!”

Then the moment that changed Loren’s course forever: the senior pastor told him, “Brother Loren, I want you to preach the Sunday after Easter.” What? Preach a sermon? No, the pastor insisted he could look at it as a simple sharing of his testimony. But that response did little to calm the nerves of young Loren. “I was scared to death,” he recalls. “I walked on to the platform that day, reminding myself the whole way that I’d not been called to preach. Thirty minutes later, and with two or three people at the altar, there was no doubt in my mind, or anyone else’s, that I was called.”

Many years later, after a church Loren planted had grown to a hundred, Loren was called away for a season. But then again, it made no sense to him. Seemingly out of the blue, the president of Anderson University (College, at the time), Robert Reardon, called him and asked him to come work for him as a traveling recruiter for the school. “Why me?” Loren asked. After all, he hadn’t ever attended the Indiana college and wasn’t familiar with the ins and outs of the particular role. But 147 recruited students later over the course of only seven or eight years, it was apparent that God had his hands all over it.

Though Loren Sutton wears the title of pastor emeritus today, he’s serving again today as the senior pastor of the same church he planted. “I have tried to retire three times!” he exclaims. But God’s work through Loren isn’t done yet. And Loren knows it. Sometimes it requires financial sacrifice, but he warns pastors never to sacrifice their families. “If my family was in trouble, or my call was in trouble, I was out of there,” he recalls. “I may not give much notice, but I’m gone.” As a result of his careful planning, seeking God and family ahead of church, and following the call, doors have opened for Loren to give back generously to the Lord. He counts it all as a privilege—a privilege that finds its roots in the divine call.

In Opelika, Alabama, across the United States, and around the world, God is on the move in the Church of God. Join the movement. Reach our world. Donate today at give.jesusisthesubject.org.