By chogministries
Posted July 19, 2021
In All Church of God, CHOG, Great Lakes
Woody Write? Boy, Would He! Gospel Artist Returns to Indiana Congregation2021-07-192021-07-19https://www.jesusisthesubject.org/wp-content/uploads/2016/07/ChogLogo-Light.svgChurch of God Ministrieshttps://www.jesusisthesubject.org/wp-content/uploads/2021/07/woody_wright_chesterfield_leads_fw.jpg200px200px

Woodrow Wilson Wright Jr. was a full-time youth leader in Frostproof, Florida, in 1977 when his pastor said he should go to college at nearby Warner Southern (now Warner University). He didn’t make it more than three semesters, but it started a relationship with the Church of God movement that is going strong almost forty-five years later. When Woody left, it was to pursue his dreams of writing songs and performing, which he has been doing ever since in a career that included numerous notable experiences. 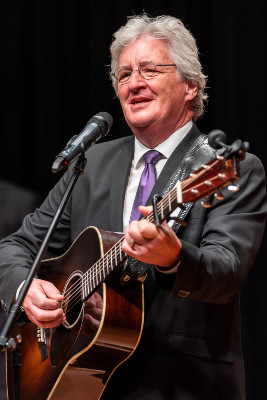 And through it all, his greatest joy has been writing many of songs that other gospel and country artists chose for their albums and projects. “I don’t have a big ‘household name’ hit,” he says with both humility and humor, “but what I lack in quality I make up for in quantity!” Truth is, he has plenty of both in his catalogue.

You might not know the name Woody Wright, but if you have any familiarity with the southern gospel music genre, then you almost certainly have heard some songs he wrote. How about the Booth Brothers’ “Dirt on my Hands” or Jeff and Sheri Easter’s “Life is Great and Getting Better”? And if not those, how about “More than Ever” and “I’m Gonna Sing” by the Gaither Vocal Band or “Brand New Song,” which has been featured on three different Gaither music projects? All told, Woody says he has 150 songs on other artists’ albums, and he wrote four more with Bill and Gloria last year during the pandemic isolation that the Gaither Vocal Band has just recorded.

They’ve had plenty of opportunity to collaborate over the past twenty-seven years, as Woody was director of publishing for Gaither Music at their Nashville office and then moved to Alexandria, Indiana, when he married Vonnie Gaither. Woody met Vonnie in 2001 while the Gaithers taped the Rocky Mountain/Red Rocks Homecoming videos, which was a couple of years after she became the widow of Bill’s brother, Danny Gaither.

Call this “phase two” of Woody’s busy professional life. For several years, he volunteered as worship leader with a Church of God congregation in Chesterfield, Indiana, and he and Vonnie spearheaded that church’s capital drive in 2006-’07 that led to a large expansion of the building.

He has released several albums in recent years, including Ponder, Sykes & Wright’s greatest hits, Set List; duets with his wife Vonnie; and Circuit Rider, an ambitious musical documentary on the preachers who traveled from town to town on horseback out West—the only church many people would ever experience.

“It’s what I call a ‘docu-musical’ video project, based on the writings and history of the Circuit Riders,” Wright said. “On each track, we gave the background story of the preachers.” Woody Wright and Suzanne Jennings wrote new songs based on the preachers’ experiences. Wright also just released a CD project called Hymn Time, and says his next project could be a second volume featuring Church of God heritage hymns. 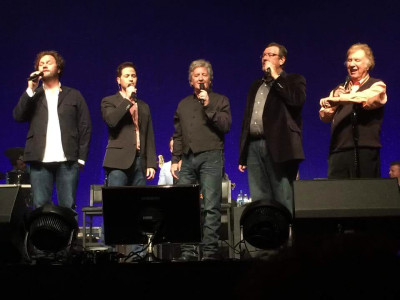 Woody Wright (center) singing with part of the Gaither Vocal Band a few years ago.

Woody’s other new project began in March, when he joined the staff as worship pastor at Chesterfield Community Church of God in Chesterfield, Indiana. It’s a return engagement for Woody, after his volunteer service there in the early 2000s. While many churches go with contemporary music choruses in a concert-like atmosphere, Woody Wright leads this congregation through a blend of old hymns and a few current Christian compositions with just an acoustic guitar and his voice. On one of his first Sundays, he had those in attendance practice their parts of a hymn (“OK, where are my tenors? Here is your part!”) before the congregation sang it, adding a feeling of harmony both musically and interpersonally.

“He has a real love for the Lord that is evident in his music and worship planning,” said Dr. Jerry Grubbs, the pastor of the church who hired Woody. “His worship is really speaking into the lives of people,” he said, adding that several new couples have started to attend recently.

“When Jerry called about Chesterfield, I joked that I needed to check my COVID calendar,” Wright said. Now that restrictions on travel and gatherings have been lifted, Wright says he will be taking his show on the road for a limited number of dates per year, “now that I’m getting older.” He is also committed to serving the Chesterfield church as long as they can handle his occasional absences to hit the road.

“I’ve been blessed to do for a living what I’d probably do for nothing.” 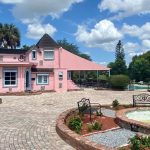 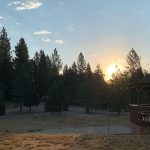 A Tale of Two CampgroundsAll Church of God, CHOG, Northeast, The Way, Western