By chogministries
Posted September 1, 2015
In All Church of God
Women Senior Pastors Speak Out: An Interview2015-09-012020-02-29https://www.jesusisthesubject.org/wp-content/uploads/2016/07/ChogLogo-Light.svgChurch of God Ministrieshttps://www.jesusisthesubject.org/wp-content/uploads/2016/07/ChogLogo-Light.svg200px200px

From the earliest days of the Church of God movement, women have skillfully served as senior pastors and evangelists. Church of God pioneers like Mary Cole and Lena Shoffner paved the way for more recent heroes of the faith, like the late Lillie McCutcheon (and countless others), who faithfully demonstrated by their gifts their divinely-called roles in the body of Christ. Today, women ministers in the Church of God are speaking out. Offering a glimpse into what it’s like to serve in the vastly male-dominated field of ministry leadership, the following women senior pastors responded to a series of questions in a recent interview with Church of God Ministries: Cheryl Sanders (Third Street Church of God, Washington, D.C.), Diana Swoope (Arlington Church of God, Akron, Ohio), Donna Rothenberger (Whole Life Community Church of God, El Cajon, California), Melissa Pratt (Teays Valley Church of God, Scott Depot, West Virginia), and Shannon New-Spangler (Harvest Point Church of God, Lordstown, Ohio).

CGM: When did you become the senior pastor of the congregation you serve?

Cheryl: I became senior pastor of Third Street Church of God on May 25, 1997. Prior to that, I served for twelve years as associate pastor for leadership development. I was interim pastor of Shawmut Community Church of God in Boston, Massachusetts, from 1982 to 1984.

Diana: I was installed as senior pastor of Arlington Church of God in March 2009 with no prior experience as a senior pastor. I served as the associate pastor of the same church for twenty-seven years.

Donna: I currently pastor Whole Life Community Church. We began to pray and seek God’s blessing for a new body that would be about hope, heart, and healing for our spirit, our mind, and our body. Prior to that I served as the senior pastor at Hillside Community Church of God for ten years.

Melissa: I became a senior pastor in February 2007. I had not had formal senior pastor experience, but I had been a worship pastor and then an associate pastor on a large church staff (seven hundred at one time). During a turbulent time in that church, the rest of the staff resigned and left, and I was by myself as paid staff for a year-and-a-half. The “turbulent time” was during an interim following the departure of our senior pastor, who left on good terms to follow the call of God. So, during that interim time I did a lot more shepherding, leading, and church-wide administration than I had done. I also did some preaching and teaching. We were able to secure an interim to come and preach on Sundays, but I did the rest.

Shannon: I came to Harvest Point Church in June 2009. This is my first senior pastorate; I was twenty-nine when I came. I had been a youth pastor at two other churches.

CGM: How and when did you receive a call to formal ministry?

Cheryl: I received my call to ministry during my sophomore year in college. Although I took some courses in religion and participated in campus Bible studies and the gospel choir, it was clear to me at that time that I should not major in religion or enroll in seminary. So I prepared for ministry by continuing my campus ministry involvement, teaching Sunday school, and doing youth ministry and other things at the direction of my pastors and others. I began my theological studies on a part-time basis at Howard University (where I am now professor) three years after my graduation from college.

Diana: I sensed the calling of the Lord to full-time vocational ministry in the summer of 1977 on the night that my father died. While sitting in my family room praying for my father, I clearly heard the Lord speak to me in an audible voice. The Lord told me, “I am going to take your father tonight, and I need someone to take his place. Will you go preach the gospel for me?” My father had served as one of the associate pastors in the church in which I grew up in Detroit, Michigan, and as the pastor of a church plant in Memphis, Tennessee.

Donna: In Phoenix, Arizona, I sensed a call to career ministry under the leadership of, first, David Lloyd at East University Church of God and then, under Steve Chiles at North Hills. Both of these men—men mind you—led the way in helping me see myself from a new perspective. It was euphoric, like coming home. While at East University Church of God, I went back to college. I had been in the medical industry for some years, first as a nurse and then as a medical administrator, but I found myself wanting to influence beyond the medical office. I could not stop the voice of the Holy Spirit inside me, leading me to create, teach, preach, and empower by the gospel in order for others to find Christ, make him their Savior, and begin “the climb.”

Melissa: I was called into ministry at the North American Convention of the Church of God! I was heading into my senior year of high school. At that time, I believed the call was for music ministry, and I have served as a worship pastor and been involved in music ministry all throughout my career. I went to AU and majored in music education. Following college, I served as a special assignment missionary in the Middle East on the island of Cyprus for two years. Sensing that the call wasn’t to travel and sing as I had thought…

Shannon: When I was in college, I recognized that God was calling me to ministry (though God began preparing me much earlier than that). I honestly had no idea what that would mean, and at first never considered that I could/would be a senior pastor. I changed my major from mathematics to Bible and religion, and graduated from AU in 2002. I went into youth ministry and, though I loved the kids, I quickly discovered that was not where God had gifted me. I went back to AU and got a master’s of divinity from the School of Theology in 2008 and developed God’s call on my life. Through my time as a youth pastor, and at seminary, I worked on my ordination, which I received in 2009.

CGM: What are the unique challenges that you’ve experienced as a woman in ministry?

Cheryl: Unique challenges include ministering to people who don’t believe women are qualified to do ministry, but using that opportunity to demonstrate that God chooses, and uses, both men and women.

Diana: Very early in my ministry, I faced many challenges from those who did not support the concept of women in ministry. I was told by one brother that God was going to punish me in hell for what I was doing. I was literally challenged from the pulpit by a pastor of a church that I was visiting. I listed my name as reverend on the visitor’s card, and when he read my name he ridiculed me for calling myself that. None of that deterred me, obviously. There are yet some who question whether a female can be a pastor. But I truly have been blessed with a tremendous amount of acceptance and support from a wide variety of sources. Currently, I don’t know that I have many challenges that are not common to pastoring and preaching in general. 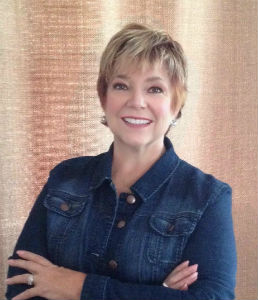 Donna: Probably the hardest challenge, and still is, was discovering that not
everyone felt warm and fuzzy about women leading churches. Neighborhood cultures vary, and church cultures vary on the role women should or should not play in leadership. I do not know what the statistics are today, but I was quite surprised to discover, on my journey seeking a senior pastor position to fill, that many churches struggle with that. I understand it, but still have to go back to the Word of God on it, because his Word is stable and sure, unlike my culture or my feelings.

Melissa: People automatically assume my husband is the senior pastor and that I assist him. Perhaps a dozen times, people have gotten up and left the service as I began to preach. They hadn’t realized that I was the pastor until that moment. People expect me to be emotional or weak—until they get to know me! I had a local pastor refuse to work with me to officiate a funeral. A lady we both knew asked both of us to speak. To avoid “working with me,” he prepared a bulletin that said, “Pre-service remarks by Melissa Pratt.” The next line item on the bulletin said, “The service officially begins.” Not kidding!

As “Baptist” as this area is, it is a great time to be a woman in ministry because many, many have not grown up in church, and don’t have the perception that women can’t lead. Perhaps that is the reason that our church growth hasn’t been hampered by my gender. I didn’t want to be a reason my church wouldn’t grow. We have grown from 90 to 450 in the eight-and-a-half years I have been here.

Shannon: Though my church is tremendously supportive, and being a woman is rarely an issue, I have had many challenges dealing with other ministers in the district (Church of God and otherwise). I am not often considered an equal to senior pastors of other congregations. I have also had challenges as the spokesperson for our church when I deal with banks/businesses and our landlord. I am often told they need to speak to someone “more in charge.” I gently remind them that is me.

Being a woman senior pastor (and young, as well), I face weekly challenges. I have been told that I should “let my husband lead/pastor” even though he has no call to formal ministry. I have been spoken down to, ignored, insulted, etc.