Women in Leadership: Practicing Our Theology

By chogministries
Posted February 2, 2016
In All Church of God
Women in Leadership: Practicing Our Theology2016-02-022020-02-29https://www.jesusisthesubject.org/wp-content/uploads/2016/07/ChogLogo-Light.svgChurch of God Ministrieshttps://www.jesusisthesubject.org/wp-content/uploads/2016/07/ChogLogo-Light.svg200px200px 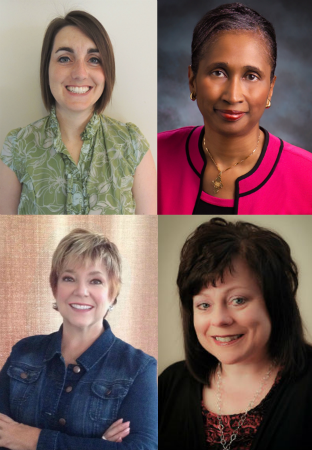 I remember the gender wars of elementary school. As kids looking for validation of our worth, we guys would declare that we were the superior gender and, of course, the girls would make the same claim. We’d argue back and forth, but I don’t remember anyone ever winning. The arguments led to tension, but not to resolution. By the time we got into middle school or high school, we readily abandoned those arguments. But that doesn’t mean that gender bias went away.

As I work with congregations who are searching for a pastor, I find that gender bias is still alive and well—unfortunately. I don’t generally get pushback on the idea of women being a church board member (I sometimes wonder if that is due to need to fill a board slot with a warm body rather than an actual embracing of women in leadership), but I do regularly encounter people who have a problem with a female pastor—especially if that person is going to be their female lead pastor.

This isn’t just a male gender bias. I usually get as much reservation from women as men, and the resistance isn’t necessarily age-related. In a day where women are CEOs of successful corporations and are in various other leadership capacities, the resistance strikes me as peculiar, and either uninformed or a bit naïve. What does gender have to do with a person’s ability to lead or be used by God to make a kingdom difference?

In the patriarchal culture of the Bible, women led and led effectively—and with God’s call and blessing. The Scriptures, both Old and New Testaments, are replete with stories of women in leadership. Miriam was part of the leadership team (with Moses and Aaron) that led the Hebrews out of Egyptian bondage. Deborah was a female judge (someone serving as leader and prophet before Israel had its first king) who led a successful counterattack against the forces of an enemy nation. Esther provided key leadership in preventing the genocide of the Jewish people back in the day of King Xerxes. Priscilla teamed with her husband to provide valuable leadership to Christ-followers and congregations. There are scores of other women referenced in the Scriptures. In addition, many women in the Church of God heritage have and are providing valuable, God-inspired leadership at various levels—including lead pastor.

In our tribe (Church of God), women in leadership and ministry have been part of our earliest history and practice. Women and men were captured by the vision of living a holy life, being one with all Christians, and actively spreading the gospel message. Our heritage is loaded with women who were very effective in preaching, leading, and other areas of ministry.

I am thankful to have a church heritage that affirms and values women in ministry, women in leadership, and female pastors. Yet, I have been embarrassed that this affirmation is often times more in theory or history than current practice. As I work with congregations across Indiana, I find that some have imported a bias against women in leadership from other tribes. I hear search teams say they are not open to a female pastor. While we have a history of valuing women in leadership, women often find it very difficult to be placed in a ministry position as a pastor, especially lead pastor. We have got to get our act together by addressing belief and placement inconsistencies.

I have to confess that I’ve been passive in both confronting and trying to change the resistance. I’ve worked with a number of women leaders who made gender a non-issue because of their spirit, capability, and skill. I’ve naïvely thought that over time people would notice that the call to leadership and ministry is not gender-based. But alas, I realize I had my head in the sand. It appears that for some it is about gender. And examples of capable women do not sway their thinking. I cannot support that perspective.

I’ve repented of my mistaken assumption that people seeing capable women in leadership will erase their bias against women in leadership (my conclusion is there are plenty of examples of God-anointed women leaders but the bias continues). I’ve also repented of my passive position of letting people oppose women in leadership because of their personal preference or prejudice. It is time to call that what it is—sinful. It is a symptom of gender prejudice and is not rooted in Scripture or biblical truth. Like any sin, it needs to break our hearts, be confessed, repented of, and turned from. And then we must behave differently.

I need to apologize to my sisters in Christ for not more actively supporting their calling to leadership and ministry. Sisters, please hear that I’ve never doubted your calling or leadership. I’ve just not been willing or seen the need to champion the equality of gifting regardless of gender. As a result, I have been part of the problem. Please forgive me.

If there is truly “no male or female” (Galatians 3:28) in the kingdom, then gender is neither a condition for entering God’s kingdom nor providing leadership in God’s service. We’ve historically prided ourselves for believing in women in leadership and ministry. It is time we embrace it with our hearts and practice it. To get there, we need to begin with a broken and contrite heart for falling short—way short. Will you repent with me? If so, what proactive steps will you take to support women who are called and equipped to serve a local congregation, the church at-large, and the kingdom? E-mail me (dtalley@indianaministries.org) and let me know.

Doug Talley is the executive state pastor of Indiana Ministries. Article republished by permission. This article is the first in an Indiana Ministries e-newsletter series about women in leadership that is intended to help us take proactive steps in practicing our theology more faithfully.