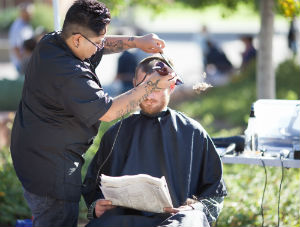 Who is SOZO? That’s a good question. And it’s one that prompts the reader to inquire further, especially with such an unusual name. SOZO, a church plant in Arizona, is on the cutting edge of communicating Christ, as well as communicating who they are in Christ. Soon after people begin asking, “Who is SOZO?’ they find themselves also asking, “Who is this Jesus you serve?”

“When creating our name,” Tom explains on the church’s blog, “we wanted to find a word that was deep in meaning, unique enough to stand out, and a word that could take on a new meaning from what people received by being a part of it.” Sozo is a Greek word that means to save; it appears in the New Testament more than a hundred times. The name is an attention-grabber and spiritual 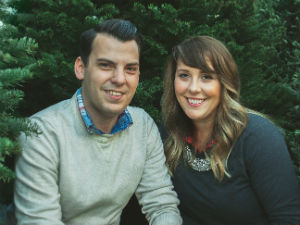 conversation-starter, but behind the name is a small community of believers on fire to bring transformation to the urban centers of the Phoenix metro area.

“A good story,” Tom insists. “We have to decide how to become an expression of the church that is attractional within the urban culture. As soon as we started sharing our story, people wanted to become a part of that story. People are experiencing Christ on a very communal and personal level, and they’re questioning for the first time whether church could actually fit in their lives. So we began asking ourselves, How do we shift the focus from the facility to story? From pews to people? From programs to community?”

For SOZO, the worship service becomes a part of the story of faith rather than the story itself. This past fall, SOZO hosted an event in the park for the homeless. “Wouldn’t it be cool if we went downtown and gathered together the homeless and offered a simple act of love,” Tom thought, “to help them not feel so marginalized?” And so it was the Haircuts for the Homeless brought God’s love to the streets of Phoenix. “We put it on social media to get the information out to people who hadn’t even heard of us. The reaction to the expression of the church in this way was overwhelming.” It’s just the kind of meaningful story that many who are unfamiliar with church are looking for.

“We’re not laying out a blueprint. We’re not saying we’re brand new or original. When churches marketed themselves over the past twenty years, it was a different style of music or a pastor that was wearing cooler jeans. That really works for people that grew up in a church culture. For us, we’re looking for people who have never set foot inside a church, or who have promised never again to do so. That’s a very central piece to who SOZO is.”

The Church of God is encouraged to keep all church plants in prayer, including SOZO. “I would say one of the biggest things we need prayer for is sustainability,” Tom says. “We believe that God is doing something incredible, and we are so grateful to be a part of it.”