When Your Children Are Threatened: Persecution in Pakistan

By chogministries
Posted October 24, 2014
In All Church of God, Global Strategy
When Your Children Are Threatened: Persecution in Pakistan2014-10-242014-10-24https://www.jesusisthesubject.org/wp-content/uploads/2016/07/ChogLogo-Light.svgChurch of God Ministrieshttps://www.jesusisthesubject.org/wp-content/uploads/2016/07/ChogLogo-Light.svg200px200px 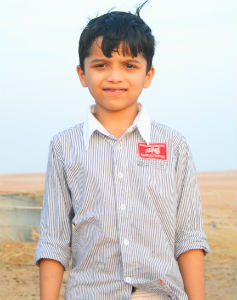 By Church of God Missions

Recently the world has been reminded of the Pakistan Blasphemy Law 295 under which a Christian mother, Asia Bibi, has been sentenced to death. This case was appealed and upheld largely because each Christian witness who testified in her defense only counted as half a witness, while the Muslim witnesses for the prosecution counted fully.

In a country where a Christian can be accused of blasphemy against Islam, and the courts cannot be counted on to judge fairly, fear reigns. Christians are a minority group and are regarded as having low intelligence, and habits which make them unclean, and as people undeserving of respect or decent treatment. To attempt to rise above this image can bring immediate trouble. For this reason, many Christians now live in colonies which are the neighborhoods they form as they cluster in less desirable parts of town to get away from the watchful eyes of people who wish them harm. In the colonies, Christians find safety and relief from religious pressures.

A man (whom I shall not name, since he still has family in Pakistan) recently fled with his wife and children, leaving behind family, friends, and irreplaceable possessions. They are now in another Asian country and in the process of receiving refugee status. Until he gets a valid visa, he cannot legally work. It has been six months already and they are still waiting, struggling to make ends meet, and grateful to their new church family that is helping. 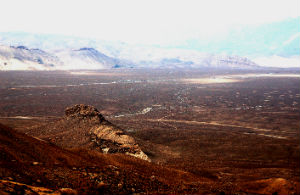 While still in Pakistan, this man was a university professor. Because he was able to earn much more than most Christians, he was using much of his salary to help several other Christian families send their children to school. One of the ways Christians are kept in the background is by keeping them out of the educational system. The literacy rate among Pakistani Christians is now about 7 percent because it costs money to attend school and most Christians cannot afford it. The majority work in jobs that pay a pittance because they are considered unclean and cannot touch things that Muslims will be touching. This makes them unsuitable for work in offices, hospitals, and retail. Even domestic work is only available with employers that can afford to hire an additional non-Christian maid, since there is so much the Christian is not allowed to touch, which keeps the wages for this type of work very low. With several generations now largely illiterate, many Christians work in menial factory jobs or as field hands where the hours are long and the pay is just enough for subsistence living. There are, however, some Christian business owners who employ Christians and whose clientele are other Christians. Unfortunately, these businesses are subject to attacks and looting, and no one is ever prosecuted.

Persecution at the university was a daily occurrence for this man, but he just smiled and stuck it out, doing his best not to create a situation where a petty dispute could result in a false 295 blasphemy charge. He 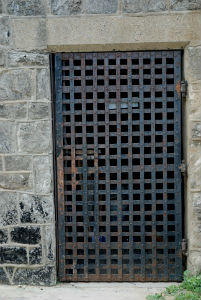 sent his kids to school and talked with them often about loving, not hating, the other kids who would not play or eat with them. But eventually, he came to the attention of a particularly militant Islamic group and suddenly things went from bad to worse. He became a target. He was followed and frequently assaulted on the sidewalks in broad daylight, and threats were whispered to him by strangers as they accidently bumped into him in crowds.

He tried moving to another city, but the group eventually found his family and it all started again—but now the threats were against his kids. He says, “I am a brave man and I have done many brave things. But when my family is in danger, I am a coward.” He made quiet plans to leave. Selling what he could, he raised just enough money to cover airfare to another country, as well as the necessary bribe. By law, Christians are not allowed to leave Pakistan, but fortunately, the Immigration Department is corrupt and $800 was enough to get them to look the other way.

As this man and his wife told their story, the emotion that came through was not anger or bitterness, but rather profound sadness that he can no longer live in his country. There were tears as we talked together about plans to involve the Church of God in ministry to the persecuted church in Pakistan. He gave us helpful advice about how to be safe during an upcoming trip. While there, Church of God missionaries will meet with the leaders of the

Philadelphia Church of Pakistan, which has 160 churches throughout the country. They are asking for help, and discussion will take place as to what that help might look like.

While this is not the story of every Christian in Pakistan, it is the story of far too many. Not only was it humbling to listen to him describe what many Christians experience there, but it eventually became apparent that the church leaders who are inviting the Church of God to come are men he knows well. Earlier this year, this man was a pastor of one of those churches! This story is the fourth rather incredible coincidence that has happened to strengthen our belief that the Church of God is being divinely led to work in Pakistan. Please pray for the upcoming trip.

The International Day of Prayer for the Persecuted Church is Sunday, November 9. Will your church pray? Learn more at www.idop.org. Learn more about the Church of God at www.JesusIsTheSubject.org.