When God’s People Respond to Disaster

By chogministries
Posted May 10, 2017
In All Church of God, Disaster Relief
When God’s People Respond to Disaster2017-05-102017-05-10https://www.jesusisthesubject.org/wp-content/uploads/2016/07/ChogLogo-Light.svgChurch of God Ministrieshttps://www.jesusisthesubject.org/wp-content/uploads/2016/07/ChogLogo-Light.svg200px200px 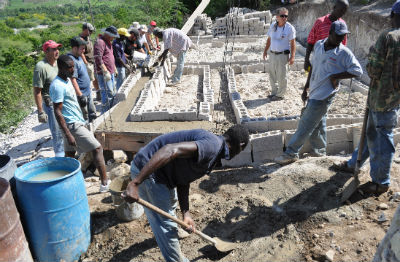 Photo: Rebuilding after the 2010 Haiti earthquake.

When tornadoes, floods, hurricanes, earthquakes, and fires strike, people want to know how they can help. Individuals try to find ways to contact their loved ones to let them know that they are safe. Others call for more help. When called, the Church of God activates the Disaster Relief Team. This team assesses the situation and sends funds to affected areas as needed. These funds make it possible for on-the-ground teams to provide food, medicine, and other resources where the need is the greatest. As said by Scottish philosopher Adam Smith, “To feel much for others and little for ourselves; to restrain our selfishness and exercise our benevolent affections, constitute the perfection of human nature.”

The teams are not sent out only within the United States, but globally, as well. Throughout the years, Disaster Relief has sent teams to Haiti and Tanzania, as well as money to Japan, India, and Mexico. Many of these stories are published in articles at chognews.org, and share how much money was sent to each crisis. It is one of the simplest ways to share this information with donors and prayer warriors alike, and inspires them to bless others through the Disaster Relief fund. By raising funds, even when disaster is not imminent, Disaster Relief can immediately send teams and supplies to those in crisis.

Church of God Ministries has reported on several disaster relief efforts over the years. One article in particular, published in September 2011, offers glimpse at the variety of disasters the Church of God was addressing at the time. Author Carl Stagner talks about the earthquake in Haiti, Hurricane Alex in Mexico, an earthquake and tsunami affecting Japan, an outbreak of 137 tornadoes in Alabama, and the devastating EF-5 tornado in Missouri.

Over the past seven years alone, Church of God Disaster Relief has sent help for close to thirty different crises. They have sent resources as far as Japan and the DR Congo, and as close as Louisiana and South Carolina. Before resources could be packed, before teams were assembled on the ground by local churches and area assemblies, and before the first dollar was donated, someone somewhere had to have an idea. According to Pastor Donald Smith, former missionary and former director of Disaster Relief, the Disaster Relief Committee was formed in the 1990s. Unfortunately for him, there was not much time to get acquainted with the job before being thrown into action within the first week. 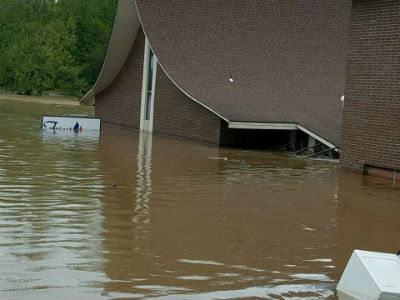 “I came off the field in September 2009, and five days later Bob Edwards of Global Missions asked me to assume the role of director of Project Link after I finished my itineration as a missionary. In my job description he included “chair of the Disaster Relief Committee.” He said it wouldn’t take much time based on the previous five years after Katrina for which they had not needed to meet very much. Six days after assuming my new responsibilities, the Haiti earthquake happened! I had no experience in this area, did not know the major players of the Caribbean Church of God, did not know the ins and outs of the office workings and, all at once, there was this huge disaster on our hands.”

The church responded in a significant way to the earthquake in Haiti. Disaster Relief raised $850,000 in response and in partnership with the Church of God across the United States and Canada. They were also able to fund an on-site coordinator to help over fifty-five work teams that went to Haiti, build seventy to eighty homes for Church of God families in Haiti, provide hunger relief, and help fund a new prosthesis unit at the clinic in St. Ard, operated by Dr. Mark Fulton. 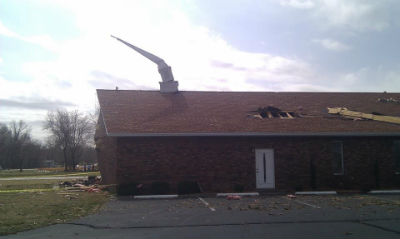 In crises where an immediate response is critical for relief, Church of God Ministries advances funds in anticipation of a gracious outpouring of donations from churches and individuals. Such advances are made from a limited Disaster Relief Fund maintained by Church of God Ministries for emergency response to disaster. One hundred percent of Disaster Relief contributions are utilized to bring relief to those affected by disasters worldwide.

Christy Anderson is an Anderson University student and contributing writer to Church of God Ministries.