What Satan Meant for Evil, God Meant for Good in Sanford, Florida

By chogministries
Posted October 25, 2016
In All Church of God, Southeast
What Satan Meant for Evil, God Meant for Good in Sanford, Florida2016-10-252016-10-25https://www.jesusisthesubject.org/wp-content/uploads/2016/07/ChogLogo-Light.svgChurch of God Ministrieshttps://www.jesusisthesubject.org/wp-content/uploads/2016/07/ChogLogo-Light.svg200px200px 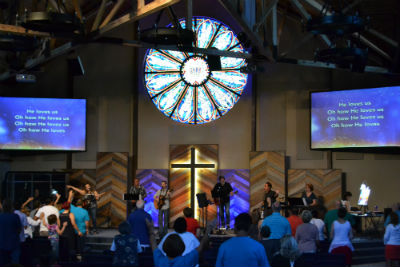 “The first couple of years, we were just trying to survive.” In June 1998, Keith Wilkins accepted the call to pastor the Church of God congregation in Sanford, Florida. The situation was not good. Legal challenges, insurmountable debt, and a small group of people isn’t exactly the description of an opportunity pastoral candidates would get excited about. Well-meaning individuals advised against it, not out of ill intent, but simply trying to be realistic. Bankruptcy and closure made the most sense at the time. But the God we serve loves to defy that which makes sense to us, particularly when he receives the glory. Approaching two decades and countless miracles later, Pastor Keith is glad he chose to stay.

He knew at the beginning he wasn’t the most qualified guy for the job. Keith was sure this would have to be a “God story” for it to work out. The church was underwater in its bonds program, their investors were demanding payment, and Keith had no experience in such matters. But in God’s infinite wisdom, an attorney at one of the largest law firms in Orlando got acquainted with the church’s dilemma, and they took care of it all—without charging a penny! These weren’t Christian lawyers, but they did want to make a difference. Hours and hours later, they proved to be just one part in the process that would set the church on a course for the future. 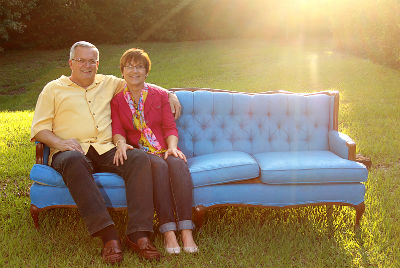 Daycares can be a huge blessing to churches. If not done right, they can also be a huge challenge to churches. When Keith came to Crossings, the church was dealing with the latter. They’d established the daycare to provide additional income and augment the church’s ministry. But when the church fell on hard times, they sold the daycare to an outside individual. As it turned out, the outside individual seemed to see the church’s difficulties as a possible opportunity to seize the property. To him, the arrival of Keith Wilkins, labeled “the new sheriff in town,” was a threat to his plans. He would come on Sundays just to disrupt the worship service with the intent to push the congregation out. He would leave notes on daycare material in the church with intimidating messages, such as “Touch this and I’ll sue you!” Imagine a visitor’s reaction to these notes! Keith recalls telling the gentleman that they could try to work together, but also that “I’m the pastor, and I’m not going anywhere soon.”

The daycare owner filed a lawsuit against the church.

In this case, a Christian attorney handled the defense against the daycare. The church won in every summary of the lawsuit and was awarded a handsome sum in return. When an issue with a lien that the former daycare owner did not pay threatened the church once again, another miracle: the title company took care of everything! “We had about fifty people when we came to the church, we were $2 million in debt, and we were facing a $125,000 lawsuit,” Keith reflects. “That’s now all in the past. What a great ‘God story!’”

Crossings Community Church was now free to do ministry and grow. And grow they did! They found themselves in need of a sanctuary that could seat five hundred. Expanding on the current property was not a viable option, as wetland issues blurred sights set on construction. Meanwhile, an expansive Presbyterian church—reformed theologian R. C. Sproul’s former facility—was on the market. He was relocating about two blocks away. Crossings had journeyed from incredible debt to a million dollars in the bank for this relocation. Ten years after Keith Wilkins accepted the pastorate at Crossings Community Church, the church reclaimed this old, new building, and in 2009, the church moved in. “I can’t even walk across the property and not realize how good God is,” Keith reflects. “I try to encourage other pastors with this story.” 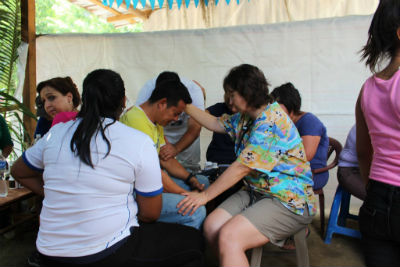 Pastor Keith has a few thoughts on what led to this remarkable turnaround in the life of the church. “Ministry is never easy, and we have our good and challenging seasons,” he explains. “But the thing that is so important is prayer. We’re praying more and more. God also wants us to have a greater impact on our community here and beyond. Reaching into Honduras, for example, was a key point in the history of our church. That’s when we saw the church really begin to grow and change for the better. God brought us through those first challenging years and then we were able to stop focusing on our needs and start focusing on the needs outside the church.”