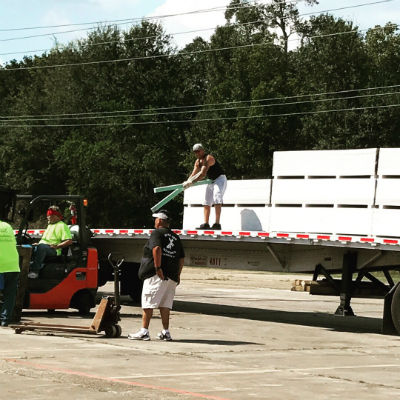 Pastor Greg Smith lived in Houston, Texas, from 2010 to 2013, where attended First Church of God. Over those three years, he got to know Texas pastors Tim Gould, Jim Fiertag, and Tim West. During that period, he also worked on a Homeland Security grant, and was a part of a three-person team that wrote the Mass Fatality Incident Response Plan for the city of Houston and thirteen surrounding counties. Though he now lives in Pennsylvania and pastors First Church of God in Punxsutawney, the Hurricane Harvey disaster hit home for Greg. It should come as no surprise that Greg’s church would respond. But what he might not have expected was the incredible show of support from a dozen churches across Western Pennsylvania.

Greg put the word out that the church would be taking a very active role in Harvey relief, and the response from the district churches was overwhelming. Church of God congregations represented include Scotland Avenue in Punxsutawney, New Castle, Brookville, Greenville, Kittanning, Butler, Oil City, North Apollo, Dayton, Pittsburgh New Song, Shamsburg Christian, West Lebanon, and Warren. Whitehall Camp and Conference Center made a contribution, an ecumenical church in town did, as well, and so did several individual members of the community. $31,000 has been received toward the $35,000 goal. 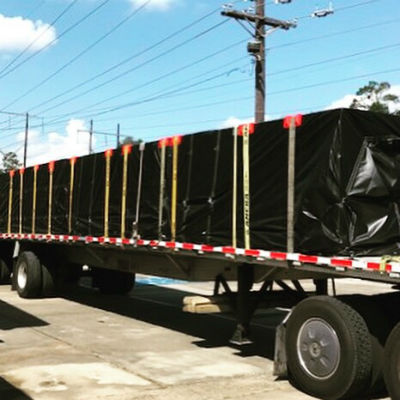 Supplies in Texas ready to be unloaded for rebuilding.

“It has been an absolute joy to be a part of this relief effort,” Greg reflects. “God is so good! An ongoing relationship with the Churches of God in Texas will be maintained with the hope of work crews from this area going down there between now and the end of the year. It remains a huge need, with people there needing assistance for many months, if not years to come.”

“For our congregation, while there is great need in Florida, Puerto Rico, and the Virgin Islands, our focus will remain on Texas—not because the need elsewhere is any less significant, but because of the personal connection we share with the Churches of God, pastoral leadership, and people in Texas,” Pastor Greg explains. “The tragedy for me was very personal. I saw it from the perspective of a citizen, Church of God parishioner, and Emergency Management.”

Hurricane Harvey wreaked havoc when it slammed the Texas coast on August 25 with 130 mile-per-hour winds and record rainfall. The cleanup efforts continue.

You can help the Church of God respond swiftly when disaster strikes. Donate to Church of God Disaster Relief at give.jesusisthesubject.org/disasterrelief.