By chogministries
Posted February 3, 2015
In All Church of God, Global Strategy, Missionary Announcements
Webbs Announced as Regional Coordinators for Africa2015-02-032015-02-03https://www.jesusisthesubject.org/wp-content/uploads/2016/07/ChogLogo-Light.svgChurch of God Ministrieshttps://www.jesusisthesubject.org/wp-content/uploads/2016/07/ChogLogo-Light.svg200px200px 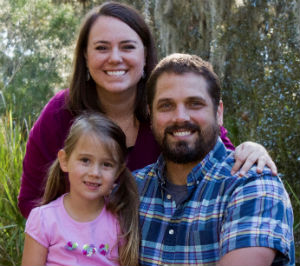 By Ben Shular and staff

This African proverb has resonated with me since first reading it some time ago. I’ve tried to apply its wisdom in whatever ministry God had me. At Church of God Ministries, we are striving to assemble the most effective team possible to change the world and help people understand that Jesus is the subject.

Ministry in Africa is difficult, and what lies beneath the surface is often complex. Our Church of God missionaries in Africa are brothers and sisters who persevere through the struggles, stay focused on the cause, and carry out constructive work in the name of Jesus Christ. The Global Missions regional coordinators for the Church of God in Africa needs to be leaders who are not interested in going quickly alone but in going far together with their teammates.

It gives me great pleasure to announce Mike and Heather Webb as our new regional coordinators for Africa. There is no one in the Church of God movement that I would rather see in this position. Mike and Heather are not only qualified academically,  but also have developed empowering missiology and previously demonstrated the nature of Christ through seven years of service in Indonesia and Tanzania.

The Webbs will accept the responsibilities and travel of the regional coordinator for Africa immediately. They will also spend 2015 raising support toward a January 2016 target for moving to a base in Africa. Please join me in congratulating, praying for, and supporting the Webbs in their new ministry role.

About Mike and Heather Webb

Mike grew up in the Church of God and, at age four, went on his first mission trip with his family. He holds a BA in educational ministries with an emphasis in cross-cultural ministry from Huntington College (now University), an MA in missions and intercultural studies from Wheaton College, and a doctorate of intercultural studies from Fuller Theological Seminary. He is also an ordained minister of the Church of God and served for two years as a pastor in Ohio.

Heather’s call to international ministry came in high school and was confirmed on a mission trip to Haiti. She holds a BS in educational ministries from Huntington College (now University) and an AAS in nursing from University of Cincinnati. Mike and Heather were married in 2000 and are the parents of Madalyn (Maddy).

Mike and Heather served for two years with Global Missions in Southeast Asia as educators at an international Christian school. The Webbs also served for five years in Tanzania, where they worked as administrators for a Church of God tailoring school and revitalized the Theological Education by Extension (TEE) program for the Church of God.

In 2012, the Webbs completed their assignment with Global Missions and began a new ministry at HEART Institute, where they serve as the academic liaison and public relations coordinator.

Mike and Heather have been appointed as the new regional coordinators for Africa and will be residing in Tanzania.