By chogministries
Posted May 13, 2014
In All Church of God, Colleges & Universities
Warner Pacific College: Learning for a Lifetime2014-05-132014-05-13https://www.jesusisthesubject.org/wp-content/uploads/2016/07/ChogLogo-Light.svgChurch of God Ministrieshttps://www.jesusisthesubject.org/wp-content/uploads/2016/07/ChogLogo-Light.svg200px200px 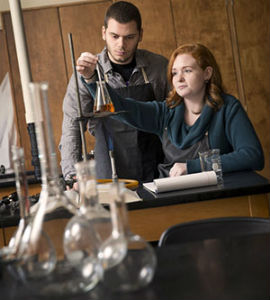 The over-educated and under-employed liberal arts graduate is a trope commonplace in American society today. Graduates face a career landscape that is markedly different than the one the previous generation found after college. Recently, the National Center for Higher Education Management Systems and the Associate of American Colleges and Universities published a report titled, “How Liberal Arts and Sciences Majors Fare in Employment.” The report is based on an analysis of U.S. Census and other economic data, and provides a broad view of employment outcomes for recent graduates, as well as for more experienced workers.

Of those surveyed, 4 out of 5 employers agree that all students acquire broad knowledge in the liberal arts and sciences. When asked to identify the ranges of knowledge and skills that are important for recent graduates wanting to pursue advancement and long-term career success at their company, 55% of employers indicated that they want employees with both field specific and broad range knowledge and skills. Finally, 93% of employers agree that candidates’ demonstrated capacity to think critically, communicate clearly, and solve complex problems is more important than their undergraduate major.

All of this data gets to the heart of what many who work in higher education already know, the most valuable outcome of a 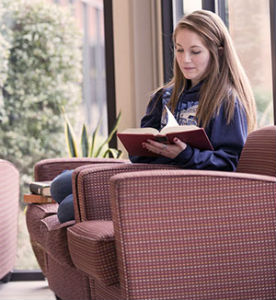 bachelor’s degree is cultivating the habits of lifelong learner. This is intrinsic to the experience found at Warner Pacific, which is dedicated to providing students from diverse backgrounds an education that prepares them to engage actively in a constantly changing world. Of course, a mission statement is only powerful if it is lived out. So, we caught up with five alumni and asked them to share their thoughts on the value of a Warner Pacific education.

The Rev. Andria (Cotton) Skornik,’05, earned her degree in Communication Arts and now serves as Assistant Priest in an Episcopal parish outside of Chicago. “My experience at  Warner Pacific was great preparation for becoming a preacher,” shares Skornik. “On any given Sunday, I have the challenge of keeping people awake and engaged, exploring issues in their difficulty and complexity, and making a case for hope and redemption without resorting to easy answers. A big part of the Humanities Core at the College is about making connections across disciplines, articulating issues in terms of paradox, and learning to craft a compelling argument, all of which are essential to the art of preaching.”

The lessons learned in the classroom combined with the deeply relational nature of the campus were vital to Skornik as a young student. “A significant part of my discernment to the priesthood began while I was at Warner Pacific. I remember many office visits with professors, agonizing over what I should do with my life. They didn’t give me ‘the answer’ but they helped me think about my gifts and interests in relationship to the issues I cared about.”

The work that Rev. Skornik gets most excited about today was first cultivated during her time at the College. “The philosophy seminar on community was 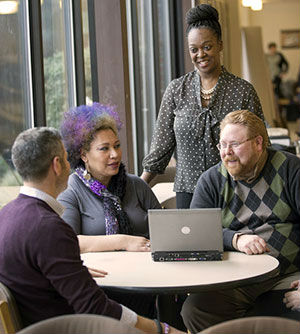 where I realized that I wanted to create communal spaces and opportunities for people to engage in the kinds of conversations we were having in that class,” Skornik explains. “Today, I am able to enjoy a calling that includes creating spaces where people feel connectedness to God and others.”

Roy Adams, ’09, is discovering the benefits of his Warner Pacific education on the battlefield as an Emergency Care Sergeant in the Army. “There are many experiences that I can point to that shaped my life while attending the College,” says Adams. “Perhaps the hardest hitting moment came during my junior year while taking one of Terry Baker’s philosophy classes.”

“I thought that my grade was good enough to finish the term with a C, and neglected to do an assignment. But, when the final grades were posted, mine was not passing. Professor Baker called me to his office and informed me that the one assignment was required for the class. I pleaded with him, noting how this would make me ineligible to run track in the spring. He understood, but saw that it was an important life lesson for me to learn that actions have consequences, and ultimately we are accountable for our own choices. In the face of losing my athletic scholarship and having to drop out of school, I rose above the adversity and found a way to take an online class. This fortitude, inspired by my professor, led to a great year for me academically and athletically.”

This type of real-world preparation is a key component to Adams’ personal and professional success in the military, where he trains and mentors Army Paratroopers in medical and combat skills. “I had wanted to be a soldier ever since I was a child,” shares Adams. “Being out of the classroom for five years, I cannot immediately recall some of the ‘book smarts’ a college degree requires; however, every day I utilize the critical thinking, communication, and leadership skills that I developed during my time at Warner Pacific.”