Walk the Talk: Kansas Pastor Adopts Cause of Foster Care

By chogministries
Posted November 6, 2021
In All Church of God, Central, CHOG
Walk the Talk: Kansas Pastor Adopts Cause of Foster Care2021-11-062021-11-05https://www.jesusisthesubject.org/wp-content/uploads/2016/07/ChogLogo-Light.svgChurch of God Ministrieshttps://www.jesusisthesubject.org/wp-content/uploads/2021/11/koster_stagecoach_line_marker_adj.jpg200px200px

Rev. Glenn Koster Sr. knows from experience that life as a foster child and adoptee can be full of difficulty. That’s why he has been spreading the word that the foster care system needs the help of every one of us to improve the lives of children who cannot stay with their birth families. Koster was a foster child and a double adoptee; he knows the trauma all too well, as well as the tendency to resort to destructive behaviors. Since 2015, he’s channeled his history into positive outcomes by walking across the country to raise awareness and plead for help for foster children.

“I was abandoned at age six in 1962, the only one of six kids to be left behind,” Koster says. “I was adopted fairly quickly, but that adoption failed thirteen months later due to neglect and abuse. However, that was not the first time I was abused. I was routinely sexually, physically, and emotionally abused by my birth father throughout much of those first six years.” 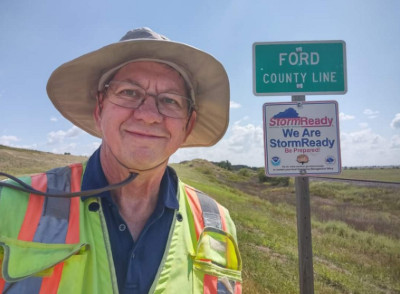 After that adoption failed, Glenn went into foster care, and the second foster family adopted him when he was ten. Sadly, for a season what Glenn saw in his birth father he imitated. Glenn’s been sober since March of 1989 and violence-free since May of 1989, but because of his record, Glenn Koster cannot be permitted to be a foster parent. Thankfully, that hasn’t stopped him from doing whatever he can to shine the light of attention on the need for foster care.

In 2012, Rev. Koster joined the staff of First Church of God in Hutchinson, Kansas, where he handles their L.I.F.E. Outreach program, urban ministries, and evangelism. This post hasn’t completely tied him to a desk, though.

Koster walked more than 400 miles across the state of Kansas in 2015, and through the church’s Charity Steps project, he raised just over $10,000 for children’s charities in central Kansas. In 2018 and 2019, he walked across the United States from South Miami Beach, Florida, to Westport, Washington, to raise awareness for foster care and adoption. That trip raised funds that were distributed to foster care agencies in seven states.

“As for getting the message out, I believe I was successful,” Koster said. “Between speaking to more than 45 churches, being featured in over 50 newspapers, being interviewed by K-LOVE radio and NPR, and being covered by 3 different newscasts on TV, we estimate more than a million people heard my story and my plea for these children.” 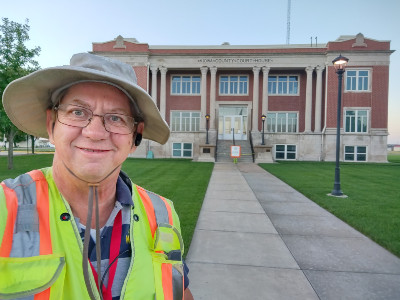 Glenn Koster stops for a picture at a county courthouse before proceeding on his walk for the day.

Earlier this year, he embarked on his latest journey—venturing into each of the 105 counties in Kansas to walk and talk his message that everyone can do something to help alleviate the crisis. Hundreds of children in his state are in foster care, waiting to be adopted. And there are too few foster homes.

“One of the things I tell people is that everyone can do something: adopt, be a foster parent, be a respite parent, become an emergency foster parent, be a friend, be a mentor (to both foster kids and birth families), be a financial backer—by providing duffel bags for kids entering the system, providing Christmas gifts, or ensuring foster kids have birthday gifts—or they can be a prayer warrior.” Koster says anyone can be an “advocate for children in the system.”

Since he began in April, Koster has marched his message into 17 counties, usually starting in one county seat and ending at a neighboring county’s courthouse. He makes contact ahead of time with the local newspapers and any foster care agencies in that county.

“As I walk, not only do I talk to people about local statistics, but I enlist the support of local newspapers to bring awareness. I’ll also talk to anyone I meet that is willing to listen. I’m not a bashful sort.”

Koster shares his latest steps in a newsletter, The Walking Stick. Interested in receiving his newsletter or discovering ways you can contribute, contact Glenn at glenn.koster@gmail.com.

Mark Butzow operates Mark My Words Ink, a freelance writing and editing service, and is a former journalism instructor, broadcast journalist, newspaper reporter and copy editor. He lives in Madison County, Indiana, with his wife, a first-grade teacher at Liberty Christian School in Anderson. 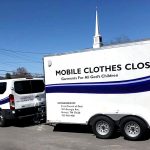 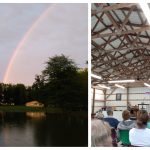 For the Sake of Unity, for the Cause of Christ: Churches Celebrate Fruit of County-Wide RevivalAll Church of God, CHOG, Great Lakes