Visiting the Ukrainian Church of God Before the War

Carmen and Alejandro De Francisco are Church of God missionaries, based in Spain, who have spent a lot of time in Russia and Ukraine as students, prior to becoming Christians. As part of the Three Worlds team serving in Europe and the Middle East, they also travel throughout the region assisting in various ministries. In this interview, they reflect on a visit they made to the Church of God in Ukraine prior to the pandemic and the current war in Ukraine.

Patrick: Prior to COVID and the war in Ukraine, you visited one of the churches. What were your impressions of Ukraine as a country and culturally?

Alejandro & Carmen: At the beginning of 2019, we visited a Church of God congregation in the central part of Ukraine. The pastors extended an invitation to us after they got to know us at the 3WLN (Three Worlds Leadership Network) conference in Switzerland the year before. We were able to see a country that had a great desire to move forward after the separation from the Soviet Union and after rejecting the seventy-year-old communist system (1921–1991). The culture of Ukraine is very similar to Russia’s and there are many families with family members in Russia. Their food and the way they dress and speak are very similar. But their way of thinking is different from thinking in Russia, where power is centralized and ideas are enforced by the Communist Party.

We saw a country that was enjoying their liberty and democracy, even though their way of life, transportation, and architecture are very similar to in Russia.

Patrick: When you were students, you lived and studied in the Soviet Union prior to becoming Christians. Was it helpful to be so familiar with the Russian language and culture during your visit to Ukraine?

Alejandro & Carmen: There were many familiar things since we lived and studied in the former Soviet Union from 1983 to 1988. Our visit to Ukraine reminded us a lot of those days. Russian continues to be the language used the most, even though the Ukrainians have their own language. In the 1980s, travel from Moscow to Kyiv was very easy; it was only an eight-hour trip and the trains were good and inexpensive. It was very common to take a night train in Moscow and wake up in Kyiv the next morning. We made that trip a number of times.

Alejandro arrived from Havana, Cuba, in the summer of 1983, arriving by ship in Odesa, Ukraine, after a 21-day journey. From there he took a 36-hour train trip to Moscow. Carmen flew on Aeroflot for 15 hours from Managua, Nicaragua, to Moscow that same year. Her first year of studies was spend in Jarkov, Ukraine. She later finished her studies at the University of Kaluga, which is where we met. Despite the similarities, it was notable that you needed a visa to travel from one place to the other.

Patrick: What were your observations of the ministry of the Ukrainian Church of God?

Alejandro & Carmen: The Ukrainian Church of God is a growing ministry, with leaders who are very committed and passionate about their call. We were in a particular city, but we also spent time sharing with a couple who, along with their children, have started a new church in another city in the eastern part of Ukraine. The father of the pastor we met has a church right on the border with Russia.

The Church of God in Ukraine has great potential, with leaders very focused on the growth and multiplication of the church. There is also ministry happening in small house-church groups.

Patrick: What have been your feelings as you watch the war in Ukraine?

Alejandro & Carmen: The war has brought us a lot of sadness, especially when people who we love so much are suffering in this time, leaving their homes and cities. We feel helpless because we can’t be there with them, supporting them. When we message with the leaders, we feel united with them, their families, the church, and the people of Ukraine. They are all victims of this conflict and the destruction that war brings. We pray that God will use his hand to end this war soon.

You can give through the Church of God Ministries Disaster Relief Fund here: https://faithlife.com/coggm-c/give?funds=4743. Make sure to write “Ukraine” in the comment section.

Patrick and Jamie Nachtigall serves as missionaries for Global Strategy to Italy. 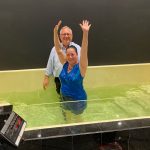 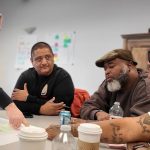