By chogministries
Posted February 7, 2018
In All Church of God, Give Life, Great Lakes
Victory in Jesus: Fort Wayne Ministry Gives Life to Women in Need2018-02-072018-02-07https://www.jesusisthesubject.org/wp-content/uploads/2016/07/ChogLogo-Light.svgChurch of God Ministrieshttps://www.jesusisthesubject.org/wp-content/uploads/2016/07/ChogLogo-Light.svg200px200px 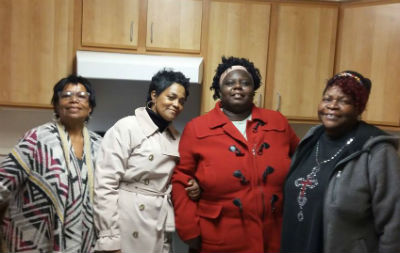 Since its creation in 2010, Victory House has offered hope and extended the message of Christ’s love to over 150 women in need. Victory House, which is hosted by Destiny Life Center, a Church of God congregation in Fort Wayne, Indiana, serves women in transition by offering them temporary housing and advancement opportunities. In addition, Victory House provides the chance to grow closer and delve deeper into God’s Word.

“When the bottom began to fall out of our economy, there were women in our community with substance abuse issues, or who lost their homes,” says Pastor PattiJae Jimerson. “There were women who didn’t have social skill sets, who were living in cars and abandoned buildings just because companies had closed. They needed a hand up.”

In 2010, Destiny Life Center answered God’s call to offer assistance to these women in need and began working on the concept for Victory House. In 2011, the decision was made to incorporate “emergency short stay” into the ministry for women who were in need of a safe place to stay before getting back on their own feet. The ministry continues to offer transitional housing for women who do not have anywhere safe to turn to. “The house is where I used to raise my own children, who are in college now,” said Senior Pastor Karen Staton, whose parents founded Destiny Life Center, formally known as Victory Fellowship Church. According to Pastor Karen, the transitional housing program makes it “easier to monitor treatment and well-being” of the women being ministered to. 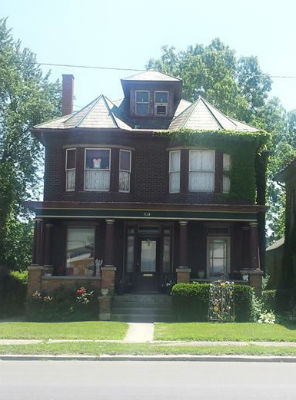 Currently, Victory House serves women who are homeless, dealing with substance abuse, and who may be victims of domestic violence. In July of last year, Victory House received certification to provide more services for women who struggle with mental health issues, as well. “God is a healer,” said Pastor Patti. “The world has been cruel to [these women], and we are loving them to where they need to be.”

Along with transitional housing, Victory House offers women instruction in life skills and vocational development. Most days at the ministry begin with a devotional and the opportunity for women to pray and study Scripture. “The women develop a more intimate relationship with God,” said Pastor Patti. “They learn to read and study scripture. They get to know the Lord in a way they haven’t known him before.” 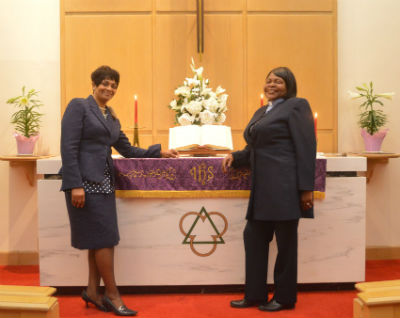 Throughout the past few years, pastors Patti and Karen have witnessed God’s work in action through their ministry by helping women in need find jobs and permanent housing. “We had a woman who was referred to us from behavioral health centers,” said Pastor Patti. “She was deep in her depression. We allowed her to come here to come out of the depression and learn how to manage it. The woman went on to complete the program—and is now three years clean and in her own housing.”

The Victory House ministry has also welcomed thirty-nine interns from neighboring universities who are working toward degrees in ministry and human services. At this time, two interns and four volunteers are helping to share God’s love with the program. “We’ve helped interns obtain experience and learn how to serve this population,” said Pastor Patti. “There are a lot of things that go along with homelessness. Every one of them has PTSD. Domestic violence, substance use disorder, mental health issues, all sorts of stuff.”

Destiny Life Center is looking to build off the success of Victory House to create a ministry that would cater specifically to single men in need. Inspired by the women’s ministry, this effort will be titled Destiny House.

“We want to love God and to love people,” said Pastor Patti. “God is taking them out of the darkness—and into his marvelous light.”

In Indiana, across North America, and around the world, God is on the move in the Church of God. Join the movement. Reach our world. Donate today at give.jesusisthesubject.org.