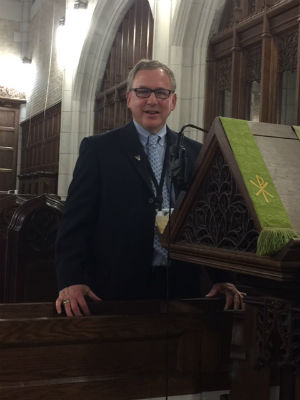 Being accepted for admission to the United States Military Academy (USMA) at West Point is an exceptional honor reserved for our nation’s most promising students. But it takes more than excellent grades to be accepted for admission. West Point wants leaders who are not only intelligent, but those who are physically fit and of outstanding character.

Those are pretty high standards expressed on the front page of the West Point website. Still, Dan Whiting, executive pastor of Clarkston Community Church in Clarkston, Michigan, was one of those exceptional students to receive the honor of admission to West Point. Recently he was honored again by the prestigious institution when asked to speak at the chapel of his class reunion. Dan’s remarks at the special service reflect the heart of a man shaped by his military experience but transformed by Jesus Christ.

Approximately 1,500 people gathered to hear Dan Whiting speak words of wisdom and hope from Psalm 23. His early days in the military, experiences running a family business, and ultimately his call to pastor each point back to Jesus and give Dan a smile to wear and a story to tell. Following his days at West Point, Dan spent six years in active duty in the Infantry and four in the Army reserves, attaining the rank of Major. The lessons he learned during those formative years translate to unique perspectives shared by few. Those who heard him that day, and those who are blessed by his ministry in Clarkston today, recognize a man whose character was indeed informed by the time he spent with the military.

“Two words come to mind,” Dan reflects. “Perseverance and honor. The motto at West Point is ‘Duty, honor, country.’ Those concepts have followed me all of my adult life. Be true to your calling and persevere through adversity. For every task you might have, you’re going to follow through. You do what you say you’re going to do. It’s about honor, integrity, and truthfulness. These are life-long lessons you can apply anywhere—family, work, church—and they were ingrained into me as a young seventeen-year-old.”

Dan’s father was a World War II veteran. But he was also a businessman. Growing up in an atmosphere of business, Dan watched his father run a successful business and soon carried on that mantle of leadership. Ultimately the family chose to sell, but not before Dan absorbed numerous business skills transferable to a variety of life settings and circumstances. At the same time, God was also preparing his heart for ministry.

“I was attending Clarkston Community Church and was the prayer partner for our senior pastor Greg Henneman,” Dan recounts. “It was God’s timing for sure, in that the church needed a business-type person, and I was feeling the call to ministry in the capacity in which I was gifted—leadership and administration. It has been a great run these past twelve years.” 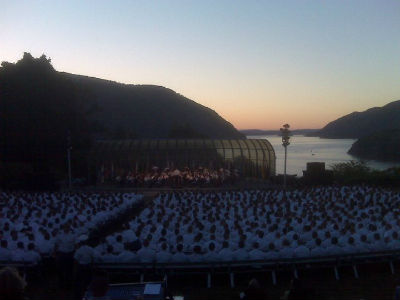 As a veteran, Dan offers some insight into ways the church can honor and pray for other veterans. “As a veteran in the late 1970s and early 1980s, we were not treated so well,” he remembers. “It is so refreshing to see how the public respects the veteran more now. Back then, Vietnam had just ended, and I remember even being told to not wear my uniform in public. I think businesses should give extra effort to hire veterans. Also, simply thank them for their service. That really goes a long way.”

When asked about the current Walmart campaign to encourage people to replace their front porch light with a green bulb as a symbol of thanks to veterans, Dan simply said, “That’s great. It tells me that there are people that care.”

So whether it’s a green light bulb, a word of thanks, or a commitment to pray for veterans in need of health or labor assistance, may we never forget those who served and continue to serve—men and women just like Pastor Dan.