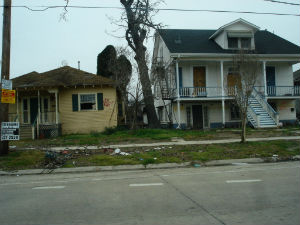 What does it mean to be a missionary on the home front—on our very own American soil? The church often hears about missionaries that travel to exotic locations and third-world countries to spread the gospel. While their work is absolutely vital, sometimes we as Christians in the United States forget the importance of mission work in our own nation. As present trials continue to ravage the country and draw people farther and farther away from the church, the emphasis on home missions is becoming increasingly imperative in our efforts to spread the hope of Christ.

Breiel Church of God in Middletown, Ohio, recognized this drastic need for home missions in our nation, and began work on developing a new “live-in” program that takes “home missions” to an entirely new level. “Our church has developed a heart for our community already,” says Wesley Duff, lead pastor of the church. While Breiel has already established a few programs that serve the community—including a tutoring program called Whiz Kids and other building/service projects at the local school—members felt called to raise the bar on local mission work and focus solely on their new home missions project.

The idea initially began when a couple who had come from Anderson University expressed interest in finding a home in the midst of the poorest area of Middletown, and committing their lives to ministering to the underprivileged people there. Having studied urban ministries, and currently undergoing continued training in ministry and missions, this couple is prepared and excited to move into their brand-new home in a few short months. Joining them is another incredible woman who, in true disciple-like fashion, chose to give up everything she had in order to pursue her heart for missions—a decision made before she was even aware of the home missions project. The miracles continued when the homes to be used were found after only a few weeks of intensive searching, and both will be able to be purchased outright. Seamless fundraising, positive reactions, and overwhelming support of this home missions project serve as a testament to the Lord’s hand in orchestrating it all. 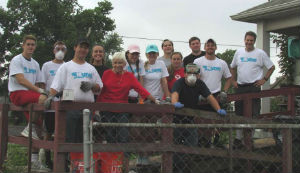 “It’s been an amazing journey watching our church develop unity and rediscover its purpose in the community through this new project,” Pastor Duff shared. “Part of what makes the ministry incredible is the support that has been there from the beginning. We did not have to persuade people in the church to fund this new ministry; in fact, we have had so much support from members, non-profit organizations, and even people from outside the church, that it is very evident that this missions project is Spirit-led. The entire process, in fact, has felt almost effortless—something that proves we are on the right track.”

But that’s not all. With their new experimentation in home missions underway, Breiel Church has been attracting quite a bit of attention for their efforts. In order to share the knowledge and insight they have gained regarding this new aspect of missions, the church is holding a conference next May that will educate others about their work. While the attention and resulting increase in attendance are welcome blessings, they are not the church’s focus.

“Our goal with the project is not at all focused on raising church attendance or filling the pews,” Pastor Duff stated. “Honestly, the project really isn’t even about us—it’s about loving the people in our community. That’s what we strive for, and that’s the best part about the whole thing: having the chance to love on other people.”