By chogministries
Posted May 31, 2019
In All Church of God, Great Lakes
Unstuck and Unleashed: Small Indiana Church Thinks Big2019-05-312019-05-31https://www.jesusisthesubject.org/wp-content/uploads/2016/07/ChogLogo-Light.svgChurch of God Ministrieshttps://www.jesusisthesubject.org/wp-content/uploads/2016/07/ChogLogo-Light.svg200px200px 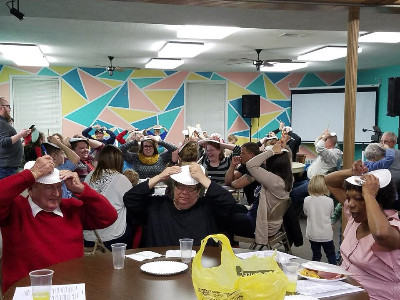 As First Church grows, they don’t forget to have fun together!

In the summer of 2016, First Church of God in Marion, Indiana, found themselves without a pastor. With only forty folks on average in attendance on Sunday mornings, they weren’t sure how to move forward. Determined not to give up on the mission they believed God was calling them to in their community, they sought a bi-vocational minister who could lead them in a restart. By September, they found just the pastor God had intended for them.

It was only five years prior that Jonathan Secrest had resigned as the youth leader of that same church. He had committed three years to a youth ministry that had previously experienced a lot of turnover in its leadership. During that time, the ministry blossomed. They saw several students won to Christ, and a low attendance turn into quite a large group. While such success might cause a leader to desire remaining in his or her position, Jonathan found himself being called to full-time ministry. Having graduated from Warner University with a degree in Christian ministry just a few years before that, Jonathan explained, “I woke up every day thinking only about students and ministry just to go to a 9-to-5 job. I knew God wanted me to work with students full-time.” He applied to several churches and landed at Teays Valley Church of God in Scott Depot, West Virginia. 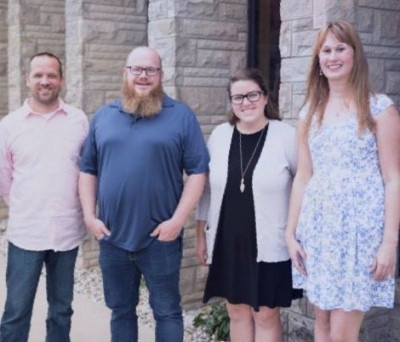 Jonathan (second from left) with his leadership team.

While serving as the youth and associate pastor at Teays Valley, Jonathan watched as both the youth ministry and the church exploded with growth. It was this growth and experience that the First Church of God in Marion prayed would help their newly ordained lead pastor find success in leading their congregation. Of both of his previous youth leadership roles, Pastor Secrest says, “I quickly learned that ministry is not something that cannot be accomplished alone. I had to develop a team and empower them to lead.” This ministry philosophy was one that would come in handy in September 2016 when he became the bivocational lead pastor, working both for the church and for Matthews Buick GMC in Marion. “Looking at the struggling congregation, I knew I had to empower them as ministers of the gospel and develop a team of leaders around me,” he explains.

As he began his new role as lead pastor, Jonathan took inventory of those he had around him. He had to make a difficult decision to let the youth and children’s leaders go and begin to build a team of leaders who could work together for a common goal. Over the next several months, new staff members were hired for key ministry positions and the board was transitioned from a “governance board” to a board of elders. This, Pastor Jonathan states, “is the kind of ministry sharing team that God will use to further his kingdom.” Each elder who is a member of this board has an area of ministry leadership assigned to them based on their spiritual gifts and leadership abilities. This “team leadership” approach, where Pastor Jonathan simply provides support for his leaders, is what he describes as the “key” to why this congregation is experiencing growth. 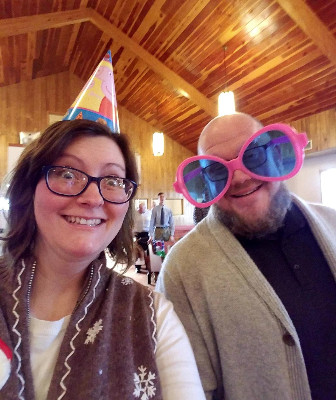 Jonathan with his wife Carrie.

Over his two-and-a-half years in leadership, Pastor Jonathan Secrest has watched as the small congregation of forty has grown into one that is numerically more than twice that, as well as having had multiple salvations and baptisms. “First Church of God in Marion is on a mission,” he explains, “one where Jesus is the subject and the Holy Spirit is our guide. It’s no catch phrase. We aim for one thing and one thing only: sharing the gospel of Christ with everyone God brings across our path.” He believes that the problem too many churches struggle with is a “small church” mindset. Pastor Jonathan states, “I used to believe that we had to think beyond our numerical size; we needed to copy what larger churches were doing in order that we might one day become large. I’ve realized that thinking “big church” doesn’t mean more programs or better Sunday morning theatrics. It means thinking outside of your walls. Church is not meant to be a place of comfort. It is meant to be a place of growth, of being the body of Christ, to effectively work toward the mission that Christ has called us to.” He prays that the message of the Church of God, a message of unity, holiness, and being one church, permeates the darkest corners of his town.

Won’t you pray with Pastor Jonathan that his congregation continues to grow? Not for his glory or that of his congregation, but for God’s glory—that the name of Jesus would be known, and that Marion, Indiana, would be changed in wonderful ways as a result.