They came from California. And Florida. And Wyoming. And New Jersey. New York. Rhode Island. Ontario. Virginia. Illinois. Louisiana. New Mexico. And, Pennsylvania, of course (in addition to many other states). They came to the third and last Church of God (ChoG) Regional Convention and ChoG Table of the year in Philadelphia, at September’s end.

Hosted by ChoG New Covenant Church (on its spectacular forty-four-acre, gorgeous campus just a brisk walk down elegant Germantown Avenue from Chestnut Hill), the Convention and Table blew us away with its anointing, spirit, numbers, and feedback. As with each of the Regional Conventions (first in the Vancouver/Portland metro in April and next in Anderson in June), we were not exactly sure what to expect, except good things. The premise of multiple conventions to both reach and pull the church together from coast-to-coast (instead of just one) is an experiment, without precedent in the Movement since its birth in 1880. 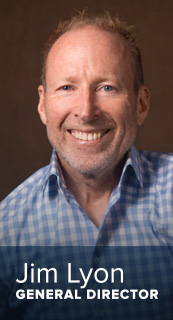 The outcome? A sweep of the Holy Spirit. A moving of the Spirit in the church. Exploring the dimensions of Luke 10, the preachers and teachers stretched us to embrace the work of reclamation: taking back what hell has stolen. Milton Grannum. Ben Hardman. Arnetta Bailey. Stephen Arterburn. Reggie McNeal. Thank you to each one. Reclamation by discipleship, investment, daring, loving, dreaming, reaching, sacrificing, changing: the Scriptures were opened to both provoke and encourage.

The ChoG Table on race, which bookended the ChoG Convention’s close in Philly, was also (as have been the previous two—tackling sexual ethics in Portland and immigration and refugees in Anderson) stretching and startling, encouraging and challenging, all at once. Some things were said that some found hard to bear; some presentations and portions of the panel dialogue were so thoughtful and measured as to clothe the room with hushed silence. Other moments brought inspired applause and laughter. Emotional. Prayerful. Eye-opening. Affirming. Daring. These might all describe the ChoG Table day.

Michael Jones, senior pastor of Friendly Missionary Baptist Church in St. Louis (and, perhaps, the most influential clergyman in his metro at this time) spoke powerfully from his knowledge of the Word and experience hosting the funeral of Michael Brown, who died on a street in Ferguson two years ago. Mark Galli, editor-in-chief of Christianity Today, whose editorial a few weeks ago called on the church—and especially the white evangelical church—to step up and speak up about racial injustice in this generation (raising eyebrows in many quarters), tied justice and mercy together, as did Jesus in the Sermon on the Mount. Suzanne Haley called out the Goliath that must be slain, a stain of white supremacy (superiority) that has infected our civilization for too long. Vivian Moore brought home the power of relationships, bridging community, cultural, and ethnic divides. There were other voices, too (like author Reggie McNeal, pastor Geremy Dixon); all stood on the Scriptures, drawing straight lines to Jesus. All opened doors for conversation and new commitment to see the people of God move the plan of God forward. Unity and holiness are not just happy thoughts for hymns; they are a call to action.

The content from both the ChoG Tables and ChoG Conventions this year will be available online in 2017. Our ChoG Table Commissions are working to produce resources and content providing our local churches some handles when wrestling with the big themes we’ve visited. When completed, their written reports and resource guides will be released together with video of the Table talks.

Interestingly, the ChoG Convention and Table in Philadelphia drew not only Church of God participants from all over the country, but also visitors from other fellowships and beyond. Several independently approached me to say they now want to become a part of the Movement—that they did not know there was a people like this, so focused on Christ and so willing to talk about the hard stuff. Some are refugees from fellowships that they believe have abandoned their foundations in Scripture, others drained by the sectarian and narrow nature of groups that rarely talk about Jesus anymore. In every case, they found with us a dynamic, living, and life-giving Spirit in the meetings. “How can I be a part? How can I serve Jesus with you?” are questions we are always glad to hear.

Thank God for ChoG Vancouver (Washington), ChoG Madison Park (Anderson), and ChoG New Covenant (Philadelphia) for making our Regional Conventions and Tables possible this year by, without cost to us, opening their doors. It cost them—no doubt about it—and we are so grateful for their investment.

And, start thanking God for ChoG Central Community (Wichita), as plans are already in motion to host the ChoG Convention and General Assembly for the United States and Canada (always also welcoming our sister assemblies in eighty-eight other countries around the world!) June 20–23, 2017 (that’s Tuesday through Friday). Indeed, neighboring congregations throughout Kansas are in the mix, excited to see us all next summer.

Circle your calendar today. Make sure your pastor gets there. You can be there, or hear about it. Why not taste the wonder, excitement, blessing, and anointing yourself, in person? You can do it. Start planning and saving now. If there’s just one ChoG meeting you can attend next year, make it Wichita. You will be amazed, I promise. 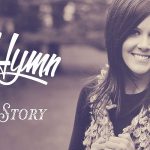