By chogministries
Posted August 29, 2018
In All Church of God, Give Life, Global Strategy
Unity in the Caribbean: Convention Helps Re-establish Regional Assembly2018-08-292018-08-29https://www.jesusisthesubject.org/wp-content/uploads/2016/07/ChogLogo-Light.svgChurch of God Ministrieshttps://www.jesusisthesubject.org/wp-content/uploads/2016/07/ChogLogo-Light.svg200px200px 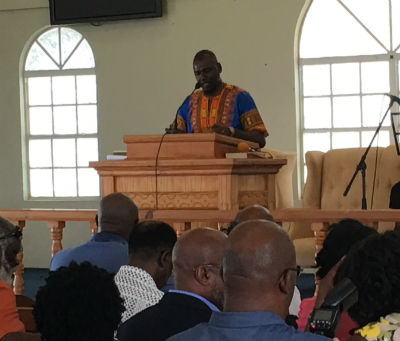 We love to talk about unity in the Church of God, but putting it into practice is often another story. Over the past two years, the national churches of the Caribbean-Atlantic region have taken steps to move beyond theoretical to functional unity once again. Though an assembly of national churches came together formally in the 1970s, recent years had seen a downturn in participation and interest. Until 2018, more than seven years had passed without a convention of the Caribbean-Atlantic Assembly. From July 28 through August 3, seven of fourteen national churches united in a visible recommitment to worshiping and working together for the advancement of the kingdom in their region.

St. Vincent and the Grenadines was the location of this year’s gathering, though the meeting place has rotated among countries. Antigua, Barbados, Guyana, Jamaica, Trinidad and Tobago, and St. Kitts and Nevis were also represented at the event cast as “Summerfest.” Lennox Boyce, the interim regional coordinator reflects, “The most wonderful thing was seeing the various generations of the Church of God worshiping together and enjoying each other’s company. It was great to have men, women, and youth coming together for separate sessions during the day and joint sessions at night. It also allowed families to travel together.” 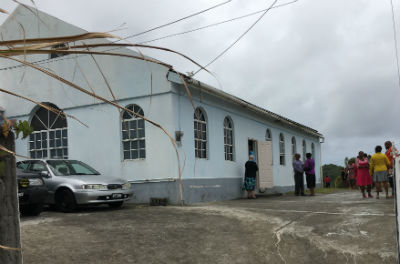 Fair Hall church building where the gathering was held.

This intentional reach across the generations made the experience both practical and enriching to those who attended. “Our new model allows us to have a men’s convention, women’s convention, and regional youth camp as part of our Caribbean-Atlantic Assembly’s Summerfest,” Lennox explains. “This is important for the longevity of the movement in the region. We also included training of pastors and leaders as part of the convention.”

Dynamic speakers were scheduled throughout, including—but not limited to—local ministers Benjamin Browne, Muriel Davidson, and Clinton Providence, as well as guests from the United States, such as Milton Grannum, Whitfield Blenman, and Ruben and Jenny Schwieger. Ruben and Jenny Schwieger have represented the Church of God in the United States and Canada many times in the region, and together they exhibit a tremendous love for the people of the Caribbean and a strong concern that the Church of God is strengthened and enabled to reach more persons and Caribbean nations for Christ.

“Jenny’s parents were missionaries to Barbados when she was young,” Ruben explains. “So, she’s always thought of Barbados as home. We’ve had close connections with different missionaries and friends there, as well. During college in Anderson we had really good friends from the Cayman Islands, Jamaica, and Trinidad. We ran around together as the international students. We may not have really been international, but we MKs [missionary kids] always considered ourselves part of the international family. That was the start of our connection with the Caribbean-Atlantic region.” The missionary couple has also served the region in a variety of capacities since. 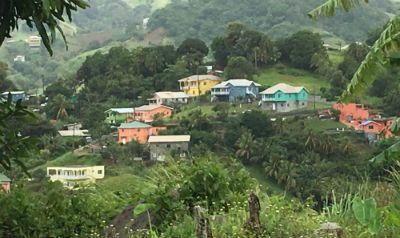 It’s not easy to get from one Caribbean island to another. We may think we have it rough when we have to drive across several states or fly from a smaller airport to a Church of God Convention, but it’s nothing compared to travel in the Caribbean-Atlantic. “I can get in my car and drive to Oklahoma City or Phoenix, but they can’t do it like that,” Ruben explains. “For example, for this trip to St. Vincent, we had to fly from Indianapolis to Miami to Trinidad, and there catch a small plane to St. Vincent—a costly trip. For the Church of God in the Caribbean-Atlantic region, either flights aren’t available or are seldom available, and they’re always expensive.”

The challenges are real, but so is the resolve of these godly men and women. The need for leadership development is crucial, and the smaller countries can’t do it alone. Great potential exists when the church works together, and all these national churches understand that. Considering the three regional conventions held simultaneously, roughly three hundred people joined hearts and hands to lift up the name of Jesus and seek options for the future. It won’t be easy, but Ruben is optimistic.

“The people there were excited and committed,” he explains. “The representation was excellent, though we do wish some of the other islands had been represented,” Ruben reflects. We have top-notch leadership in the interim, including Lennox Boyce of Barbados, and Ivor Davis of Antigua. The basic foundation is there. If that can be built upon in the next few years, this fellowship will be strong, functional, and unifying, and the dream of getting it moving again will be realized.”

Lennox agrees. “It is important for the churches in the Caribbean-Atlantic region to get together and demonstrate the unity that Jesus died for and prayed for,” he asserts. “We have territories with one church, some with two churches, and some with over a hundred churches. and we are better able to pool our resources, partner with each other, and give support to weaker territories. We are stronger together.”

Thank you for your prayers for the continued strengthening and unity of the Caribbean-Atlantic region of the Church of God. Learn more about Global Strategy at www.chogglobal.org.