Unity Breaks Out in Louisiana

By chogministries
Posted December 9, 2013
In All Church of God
Unity Breaks Out in Louisiana2013-12-092013-12-09https://www.jesusisthesubject.org/wp-content/uploads/2016/07/ChogLogo-Light.svgChurch of God Ministrieshttps://www.jesusisthesubject.org/wp-content/uploads/2016/07/ChogLogo-Light.svg200px200px 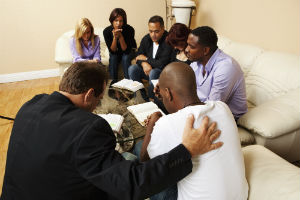 Incredible things are happening in Louisiana. The Church of God in the Pelican State has long functioned with two separate state organizations. In 2012, however, both assemblies voted to come together and form one new association. Since that historic vote, new bylaws have been written and the Louisiana Congregational Ministries of the Church of God has come into being. On January 1, 2014 the newly united Church of God in Louisiana will officially begin operation!

Interest in merging the two assemblies has been building in Louisiana for many years, but today the Church of God celebrates a long-awaited answer to the prayer that “they might be one.” In September, both assemblies voted unanimously to accept the new bylaws and transition plan.

“When I became state coordinator in Louisiana in April 2012, one of the first things I did was make a twenty-five-year study of the congregations in Louisiana,” Steve Nelson explains. “I found out that we had decreased from sixty-three congregations to fifty-five. We had only planted two churches during that time, and only eight of our existing congregations were larger today than they were twenty-five years ago.” Under the new organization, the Church of God in Louisiana is equipped to draw from a greater pool of kingdom servants, allow the two campgrounds to become endorsed agencies of the assembly, and focus on the work of planting and revitalizing churches and leaders. “We believe that loving God, loving each other, and loving the lost will strengthen the kingdom and yield a great harvest of souls,” Nelson says.

How does the Church of God foster unity among the saints when cultural, racial, and geographical divides have existed for so long? Jesus must be the subject. The Holy Spirit must lead. Issues that have no bearing on eternity are not ignored or discarded, but are brought into proper perspective. For the state of Louisiana, determining leadership by any means other than the guidance of the Holy Spirit was out of the question. “All leadership has been selected by Holy Spirit leadership, the merits of supporting the assembly, and qualifications to serve,” Nelson explains. “No leadership was selected by race or geographical location. We want nothing that indicates who we used to be—divided—but promotes who we now are—one.”

On March 1, 2014, the Church of God in Louisiana will come together for a day of celebration in response to all the Holy Spirit has done to bring the saints together for the cause of Christ. “Excitement is in the air in Louisiana,” Nelson concludes, “and we believe that God will bless us as we live out our doctrine of unity and oneness.”