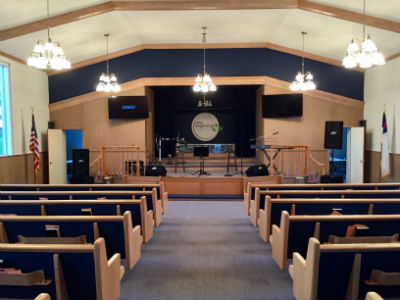 Inside the sanctuary of New Beginnings.

Sunday, September 17, will be celebrated by several church networks as National Church Planting Day. Just in time for such an observance is the news that West Virginia’s first Church of God plant in thirty years is another step closer to its January 2018 launch. West Virginia is excited to boldly get back into the multiplication business! Their focus is on Kenova, where three-fourths of the community is considered “de-churched.” Though the doors to the Church of God at 1616 Polar Street were once closed, they find themselves open again, with nothing but new beginnings in store.

The announcement came in June. Bob Ingels would be the church planting pastor of New Beginnings Church of God in Kenova, West Virginia. Earlier in the year, he’d replied to a church planter’s assessment from Thom Pratt, who serves as the church health coach for West Virginia Ministries of the Church of God. A phone call came a few days later, and the interview process began. In June, he was invited to spend the weekend in Kenova and interview in-person with Thom and the other board members. From the moment Bob and his family stepped foot in town, they began to sense a stirring of the Spirit within. 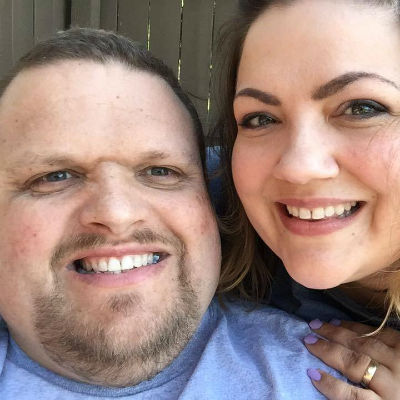 “That weekend I walked around evangelizing and had many conversations about Jesus with random people,” Bob recollects. Noting how he’d heard the community was widely de-churched, he explains that not one person he talked to confessed to knowing Jesus. “Over the days I was in town,” he continues, “God began to work on my heart and open it for Kenova. I’d lay awake at night, thinking about all that the church could be. Driving back to [my home in] Michigan, I had a real sense of the Spirit saying, ‘Go back,” and I knew God was calling. My wife was feeling the same, and our daughter was excited, as well.”

The family had been praying and seeking advice about the possibility for months. That weekend in June was a confirmation of a divine calling. It also didn’t hurt that the vote of approval from the board a few weeks later was unanimous. While continuing to minister at the local church level and working toward the conclusion of his Leadership Focus experience, Bob has become more than ready to accept the new ministry opportunity that lay before him.

“I’m excited most about seeing a Church of God that closed re-open with a New Beginning,” he reflects. “I’m excited to come into a community so de-churched, dealing with drug addiction and lack of resources. I’m excited to proclaim the gospel there and find Christ-centered solutions to those problems, while watching lives change by the powerful name of Jesus. It’s what the Church of God is all about—making Jesus the subject and reclaiming what hell has stolen.” 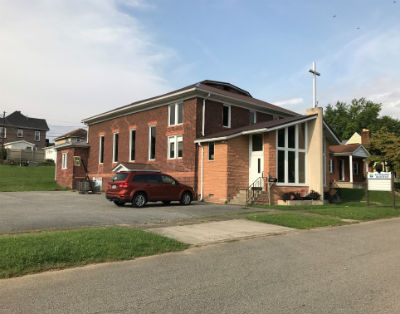 Of course, the hard work is only in its early stages. Hours and hours of pounding the pavement, knocking on doors, making calls, networking with other churches, raising support, and continuing to prepare the property have yet to take place. Community outreach events, including a Trunk or Treat and fall open house, are on the near horizon. It’s no easy task, but God has equipped the one he’s called. Still, support of prayer and resources are needed. Pastor Bob is happy to discuss these needs in more detail. Contact him for more information at dabobingels@gmail.com or 773-562-2226.

West Virginia Ministries couldn’t be more pleased with the progress already made at New Beginnings. Thom Pratt says, “We are excited to get back into the planting role and are hoping this is the beginning of a new season of plants.” Thom, whose wife is the senior pastor of Teays Valley Church of God forty miles east of Kenova, looks forward to the future of New Beginnings Church of God with great anticipation. “The potential in Kenova is wonderful,” he exclaims. “It’s a wide-open mission field.”

In Kenova, West Virginia, across the United States, and around the world, God is on the move in the Church of God. Join the movement. Reach our world. Donate today to Church of God Ministries at give.jesusisthesubject.org.