Though headlines concerning the crisis in Ukraine may have faded in recent weeks in the United States and Canada, the turmoil and tragedy of displacement and disconnection remains front and center across the war-torn region and surrounding European countries. Coordinated response to a crisis of such magnitude requires strategy, partnership, and unity; evidence of such is coming to light through the efforts of the Church of God in Europe, as the Church of God in the United States and Canada have also come alongside them in prayerful and financial support. On-the-ground reports of temporary resettlement of refugees offer just a glimpse of God’s kingdom functioning on earth as it is in heaven to extend the love and hope of Jesus where it’s needed most.

Among the variety of ways the Church of God is working together to respond most effectively to the crisis in Ukraine, perhaps the most potent for lasting impact is the care for refugees and displaced peoples. In Germany, local churches of the Church of God, as well as a prominent Bible school, have welcomed displaced persons into their midst, providing temporary shelter, food, water, basic supplies, and loving fellowship in the face of disheartening circumstances.

One important observation has been made of those whose lives have been uprooted in the current context: Ukrainian refugees are expressing intent to return to their homeland once it is safe to do so; cultural assimilation and establishment of new roots in these neighboring countries is not desired. Nevertheless, amid displacement the sentiment of the refugees is deep appreciation for the love of the Church of God beyond their borders.

Reports of humanitarian aid received and distributed to Ukrainian refugees include boxes of food and “domestic goods,” including food to supply a church kitchen to feed lunch to an estimated 120 persons per day. As an investment in longer-term sustenance, the planting of potato fields was announced in late May, as well as specific partnerships with identified churches already assisting the displaced. Spiritual sustenance is not being overlooked all the while, as Sunday school programming and youth ministry are an integral part of the crisis response strategy.

As assistance is provided to thousands of refugees, Church of God leaders who speak more than one language are offering translation. Administrative tasks have become numerous in recent weeks, but capable workers are giving their time and talent to be the hands and feet of Jesus behind the scenes to accomplish the task God has given. Cross-denominational efforts are also coming to light, as partnerships required to live out the love of Jesus demonstrate kingdom unity.

While the grief and loss of the Ukraine crisis cannot be downplayed, anecdotes of the Holy Spirit orchestrating the overall response—bringing the right people to the table at the right time, with help and hospitality of generous proportions—astound and amaze, and certainly glorify the name of Jesus.

Feature (top) photo: (stock) The community of Christians at The Well Sheffield (England) shared prayers for Ukraine on cutouts of their hands in solidarity. Credit: Benjamin Elliott on Unsplash. 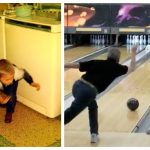 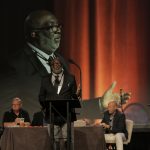