Sometimes it feels like the world’s darkness is slowly blocking out the last rays of light. Pandemics, political corruption, mass killings, and human suffering are just a few of the darker headlines in our local news. So, to be honest, when I received this story assignment, I was hoping for something filled with hope and light. I wanted the glass to be half full, not half empty, but after some preliminary research, I found myself overwhelmed and fearful that the glass might be empty.

The assignment—in 500 words or less: tell the story of Colleen and Tim Stevenson missioning with refugees in Uganda.

Knowing really nothing about a refugee crisis in Uganda, a quick Google search landed me at the United Nations Refugee Agency (UNRA). “Whoa! This number can’t be correct,” I thought, “1,498,442 refugees dispersed between 14 camps inside Uganda.’ How can that be? The numbers are staggering. The needs must be huge. This is not going to be an easy story to tell.”

That’s more refugees than all of the people living in Nashville, Atlanta, and Miami combined. Uganda (population 44 million) is a country the size of Michigan but with four times as many people. If Michigan were to host 1.5 million refugees, that would be equivalent to providing emergency shelter for all the people living in the seven largest cities in Michigan: Detroit, Grand Rapids, Warren, Sterling Heights, Lansing, Ann Arbor, and Flint.

Confessing my ignorance and embarrassment at not being aware of the crisis in Uganda, I began my 90-minute interview with missionaries Tim and Colleen Stevenson by asking them to help me understand the scope and timeline of these epic numbers.

“We came back to Africa as adults in 1985,” begins Tim. “These issues are nothing new to us. We as a church have been engaged in four of these camps for years. But in some cases, you wouldn’t know it’s a camp. It’s just this village. You might notice a little bit more security, but there are crops in the ground, trees have been planted.”

“The refugees are given a plot of land,” continues Colleen. “They allow them to build, usually with sticks and some sort of grass roofing or canvas. Not a permanent house because it’s not their land.” Pausing, she adds, “Uganda is known as a welcoming country, but there are great disparities here. Great need and tremendous opportunity.”

“People are shocked,” states Tim, “to know that some apartments in Kampala rent for $5,000 a month, while elsewhere you have refugees sitting in front of a mud hut. And in parts of the country, young children may have sex three or four times in order to earn enough money for a soda.”

For the next hour and a half, Tim and Colleen share multiple stories of how God has been at work in this long-standing humanitarian crisis. “It’s the half-full/half-empty story over and over,” shares Tim. “The half-empty reality is often very bleak. It’s horrible. The loss of innocence. But if you are looking, there are so many opportunities for working with people beyond just the humanitarian food and clothes need. Northern Uganda is going to need some real emotional support, divine healing on so many levels.”

“If someone came with plane loads of money,” Tim chuckles, “and dropped it on us, I would be really happy. But we learned long ago that we cannot fix this. We can’t fix the geopolitical concerns. So, we build relationships. Deep roots. We connect people to people. We focus on individuals.”

Throughout our conversation, the Stevensons express thankfulness for all of their ministry partners in Europe and North America who support the ongoing evangelistic efforts through community development, AIDS education, medical clinics, and programs for the elderly. They lovingly share how one of their largest and longest-serving benefactors, Global Care, the humanitarian arm of the German Church of God, is currently sponsoring the construction of a new high school in one camp. With a total of 200 schools already established across the nation, sponsorship programs like Children of Promise in the US, Canada, and Germany remain critical for meeting the needs of school-aged children.

As my time with the Stevensons on video chat came to a close, I did realize that even in the midst of the darkness of human suffering, light was indeed still shining in Uganda. I was reminded by Tim that we are all, in a sense, refugees, in a state of transition. From a Christian perspective, we are on the journey, homeless yet home-bound. Called to stop along the way to assist others who are on the journey with us. Called to carry the light into and out of the darkness. And this, my friends, is and has been the calling of Tim and Colleen Stevenson. They are carriers of the light of Christ, and the light shines bright.

To learn more about Tim and Colleen Stevenson, and to discover ways to get involved in their ministry, go to www.chogglobal.org/team/tcstevenson.

Rev. Dr. Jeff Hayes has served on ministry leadership teams in Kentucky, Western Pennsylvania, and Ohio. He recently completed eighteen years of service on the ministry faculty at Warner University and provides leadership to a new ministry, the Way of Compassion. He resides in Winter Haven, Florida, with his wife Karen. 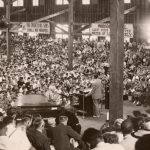 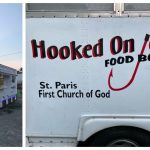