Too often we hear about churches closing their doors or splitting due to disagreements. But this is a story of two churches coming together for the sake of the gospel.

In 2011, a new church was planted in Charleston, West Virginia, simply called Charleston Church of God. According to Pastor Tom Wise, they “started meeting in a rented room at the local YMCA, [then] the congregation grew and moved to a theater, [and] later the church started renting/sharing the building at the Fifth Avenue Church of God.”

By 2018, with the congregation growing and the church becoming more established, it made sense to start looking for a building. By early 2020, Charleston Church of God reached out to a very well-established church, Southwest Church of God, whose attendance had started to decrease in prior years. It seemed like the reasonable answer was to meet together to discuss the opportunity of merging. Pastor Wise said, “The meetings went very well, and it seemed obvious to everyone that God had, at the very least, brought us together for a reason.”

After some discussion, the two congregations made the decision to merge. To make that possible, the churches had many more steps to navigate.

God was at work in these decisions, as well. Initially, there was concern about a name change. Several in each congregation preferred to keep their original name, but as both congregations quickly realized how God was moving in the merger, such concerns fell by the wayside. After some discussion, the church was named South Charleston Church of God. The other decisions went just as smoothly. “We decided that we agreed on the important matters, and could incorporate traditions and styles of both churches.”

The merger has been a beautiful success and they hope that the new combined church will continue to grow and thrive as they continue to reach their community.

What can we learn from this? God’s truth and his message are far more important than the buildings we worship in. Or, as Pastor Wise so eloquently said, “It is important the body of Christ realizes and remembers God’s truth is higher than traditions or trends.” 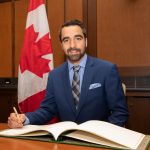 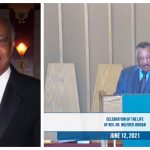