Trail of Transformation: A Pastor’s Testimony of Church Turnaround

By chogministries
Posted August 24, 2021
In All Church of God, CHOG, Great Lakes
Trail of Transformation: A Pastor’s Testimony of Church Turnaround2021-08-242021-08-24https://www.jesusisthesubject.org/wp-content/uploads/2016/07/ChogLogo-Light.svgChurch of God Ministrieshttps://www.jesusisthesubject.org/wp-content/uploads/2021/08/faith_community_huntington_worship_adj.jpg200px200px

The trail of transformation for one Midwest pastor stretches across state lines, leaving God’s fingerprints all across the landscape. Micah Mobley would be quick to point out that he’s nobody special, but it’s obvious to those whose lives have been changed under his ministry that the Lord’s hand has been upon him. This story isn’t about Micah Mobley; it’s about the present, ongoing redemptive activity of a very real Jesus in the midst of a very broken world. Micah’s personal testimony of restoration and eyewitness accounts of revival springing forth in two churches, separated by 150 miles, give glory to God and hope for the rest of us longing to see dead things come to life.

Micah Mobley describes his growing-up years like that of the Prodigal Son. Though he was saved as a teen, he soon turned from the faith and even spent some time behind bars. But God was already restoring his heart and, in 2008, began to serve in his local church. Micah knew the Lord had called him to vocational ministry and that his testimony would be used to further the kingdom of God. Still, there was some “pruning” yet to be done, as Micah puts it. After getting married and starting a family, Micah and his wife Carla were eager to accept the pastorate at a local church—though they would admit they had no idea at the time what God was getting them into. God opened the doors of opportunity at a modest-sized church of between sixty and eighty adults.

That was when things really began to take off. Over the next five to six years, Micah says, “The Lord just worked!” Three hundred people were baptized and, at their Easter peak, nearly a thousand people were in attendance spread over three weekend services at First Church of God in Hoopeston, Illinois. Keep in mind—this was all transpiring in a town of less than five thousand. 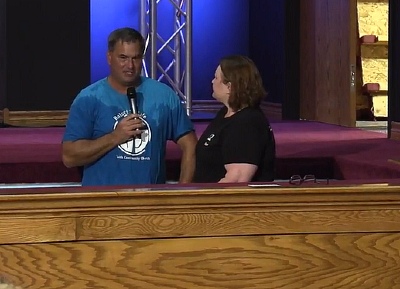 Micah presiding over a service of baptism at Faith Community.

Life and ministry was going great for Micah and Carla. Though the comfortable response would have been to remain in that season as long as possible, the Spirit was composing a new melody in the life of the ministry duo. The invitation was extended to the Mobleys to consider an Indiana church that had found itself in a difficult place. Over the years, a congregation with a facility built on the edge of town had begun to suffer decline, leaving behind a million-dollar mortgage that couldn’t be paid. The notion of leaving Hoopeston for Huntington, Indiana, was a challenging one to grasp, as Micah had been the only pastor that the multitude of new believers in Illinois had ever known.

In late 2017, the Mobleys accepted the call to Faith Community Church of God. Their acceptance wasn’t unconditional, however; Micah stressed to the congregation before they arrived that there would be “dramatic changes.” After all, the road to church turnaround isn’t without pain. “It’s kind of like losing weight,” Micah explains. “You know you need to lose twenty pounds, but you don’t want to say no to the French fries.” Faith Community Church of God would have to let go of whatever was holding them back from God’s best.

Before the necessary changes, reports from longtime churchgoers indicated perhaps five baptisms took place over the previous decade. But since the turnaround began at Faith Community Church of God, a whopping twelve times that figure have followed Jesus’ example in baptism!

“I know it’s not a tell-it-all metric,” Micah reflects, “but it’s certainly an indicator of God working. As we’ve gotten healthier, we’ve been able to launch men’s and women’s Bible studies, we’re seeing new faces every Sunday, our overall numbers are up, and we can see the Spirit moving.” 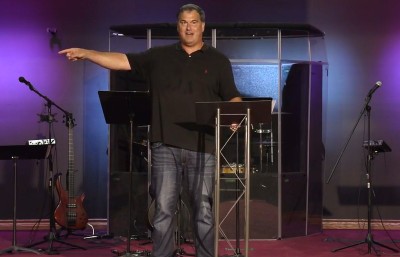 Faith Community Church of God also champions addiction recovery through a twelve- to eighteen-month program. Micah says his own former experience in that kind of lifestyle gives him an extra measure of compassion for persons caught up on these destructive patterns. Thankfully, God is more than able to break such chains and set the captive free!

Indiana Ministries played a vital role in bringing Pastor Micah into the state, but more importantly, helped come alongside Faith Community to realize their need to allow the Spirit to lead in daringly different ways.

“When we first moved here,” Micah recounts, “I would tell people I’m the pastor of Faith Community, and people would say, ‘Where’s that?’ That hurt my heart. Sure, the church needed signage, but the real question was, If we disappeared tomorrow, would anyone notice? We have to love Jesus enough to step back and ask, Are we winning? If not, we have to change something. It’s no different if your marriage isn’t working and you ask how we can do better. Something has to change.”

While there is still much to be done in Huntington, Faith Community Church of God is welcoming the dawn of a new day. God’s fingerprints are evident there, even as they were in Hoopeston. And that’s enough to get anybody excited.

“We would have loved to retire in Hoopeston,” Micah reflects. “It was our community church and the kids liked it there, too. But the divine call is not on our terms. The good things that are happening here in Huntington are happening because God has made it so. We know we still have a long way to go, but the church is on the right path.” 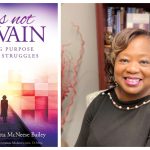 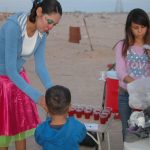 Two Sides of the Border: A Glimpse of Ministry in MexicoAll Church of God, CHOG, Global Strategy, Great Lakes