While it may be expedient to avoid dealing with the difficult subjects, Church of God congregations are choosing not to retreat from the hard stuff. Like County Line Church of God in northeastern Indiana, they know that there is good news of God at work in the midst of the messy matters of the world. But they also know happy endings rarely come without a fight.

County Line Church of God has been engaged in the fight against trafficking for several years. Through awareness, advocacy, and involvement on various levels domestically and internationally, the Auburn-based congregation continues championing the cause of freedom. Just a year ago, for instance, their outreach offering took in a whopping $67,000-plus for their partner ministries entrenched in the campaign against human trafficking.

This January, during National Human Trafficking Prevention Month in the United States, County Line Church of God hosted an evening gathering dedicated solely to awareness and prevention. Two pastors from the church—Chris Kaczmarek (outreach) and Mary Ellen Rayle (multiplication)—hosted the event in a similar forum to a weekly episode series they record together called Advancing the Mission. The recurring production keeps listeners “informed and up to date on what is happening in local outreach, global missions, and church multiplication through the lens of County Line Church.” The January 9 evening event served as yet another episode in the series, but was the first recording in front of a live audience.

The program opened with the screening of a mini-documentary about the dangers of domestic sex trafficking from the perspective of a girl who nearly got caught up in the scourge herself. The sobering story served as a serious warning to parents and teenagers in attendance (and watching online) who took in the gripping account and embraced the signs people should look for. 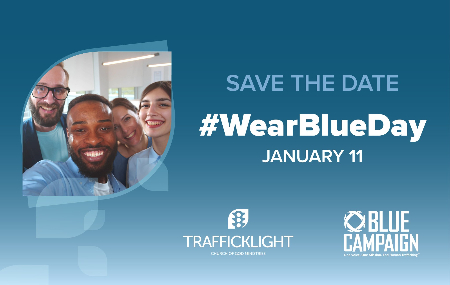 After a break for small-group discussion on the video and the content therein, a representative from International Justice Mission shared updates interview-style with pastors Chris and Mary Ellen. The remainder of the program provided one of County Line’s ministry partners a chance not only to raise additional awareness about the widespread nature of the problem, but also give their supporters at County Line an understanding of how their investment is truly making a difference. And that is good news!

Yet, there’s still so much work to be done. County Line Church of God recognizes they can’t do it all. In fact, they know their dependence upon the Lord is crucial to see any good come from their efforts. Pastor Chris reflects on their endeavor, which the church sees as a vital part of all they do for the kingdom.

“It’s been a passion of ours for several years,” he notes. “It’s overwhelming and not the most encouraging to deal with, but we have to do something about it. And, when we invest in the fight, we see God moving in these stories—great stories come out of the bad.”

As one of several next steps they presented, the church embarked on thirty days of prayer specifically targeting the needs and issues related to the global fight against trafficking. Day One of their prayer guide stated it best.

“It’s hard to know where to begin. We need to strengthen laws, spread awareness, increase shelters, raise funds, train professionals, and the list goes on. But if we each do what we can together, we can make a huge difference.”

One additional note: In view of the rural setting immediately surrounding County Line Church of God, senior pastor Stuart Kruse implemented an idea for a program through which the church provides road signs (pictured below) to farmers who commit to donate to the fight against human trafficking from earnings off their land. How cool is that?! 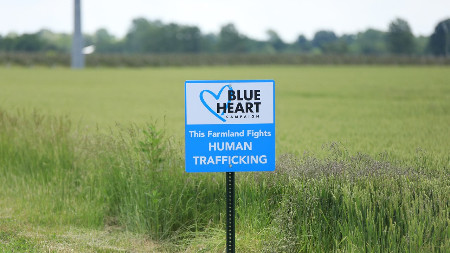 One simple way the broader Church of God movement can demonstrate continued commitment to the cause is by wearing blue on Tuesday, January 11. The color blue is considered to be the international color of human trafficking awareness. Share a photo of your participation using #WearBlueDay to call attention to this international issue. Learn more, and discover additional resources, at https://www.jesusisthesubject.org/traffickight-resources/ and https://www.dhs.gov/blue-campaign. 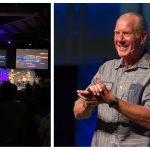 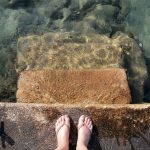