Together in Tampa: Planning Underway for Convention 2023

Plans are underway for the next Convention and General Assembly, scheduled for June 22–25 in Tampa, Florida. With the Denver gathering in the rearview mirror, and on the heels of three Regional Conferences, interest in next summer’s event is notably high. Given the international prism through which Convention 2023 is being framed, as well as the return of children’s programming, such anticipation isn’t a surprise. As early-bird registrations reflect the growing readiness for what God has in store, the perspectives of local pastors on their home city suggest a family destination vacation in the making.

Vincent Miller serves as pastor of Tampa’s First Church of God. Though excessive heat and humidity are sometimes unwelcome guests at summertime gatherings, Pastor Vincent quips that it has never reached 100 degrees in Tampa. And, even if it does get a bit stuffy, “you are never more than thirty minutes from water,” Pastor Tato Caballero, of ALTAR, observes. In combination with the numerous swimming pools featured at the Convention 2023 hotels, not to mention the contrast of impending winter weather across much of the United States and Canada, June in Florida is starting to look pretty good.

While Pastor Tato expresses enthusiasm about the Bay itself (including, of course, the Riverwalk “from Armature Works all the way to Water Street), Pastor Vincent stresses the particularly scenic oceanside sunsets his home city is known for. Like many good Church of God folks, Pastor Tato is a fan of fine food and quality coffee, and insists Tampa has a “bustling food and coffee scene.” Pastor Vincent points to Busch Gardens as a hub of family fun that “started as a botanical garden….” There is much to love, in fact, about Tampa, and for many Church of God ministers and laypeople, June 2023 will be a first-time visit to the historic and vibrant metropolis. Bishop Thomas Scott, whose love for Tampa has resulted in local political involvement over the years, has an especially keen eye for that which makes the city so special.

Bishop Scott cites the Tampa Museum of Art, the downtown Riverwalk, and Busch Gardens as iconic landmarks worthy of hometown pride, as well as “the famed Babe Zaharias Golf Course.” Highly regarded universities, medical centers, and civic establishments round out the list for the beloved pastor of 34th Street Church of God. 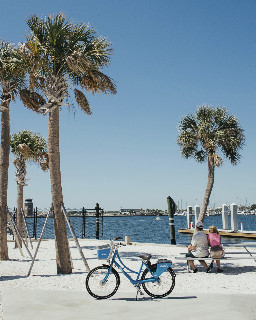 While the city is a worthwhile destination in itself, Jim Lyon, general director of Church of God Ministries, is especially excited about the international element of this next year’s event. He writes, “More than routine, this meeting will also set the stage for a historic global assembly of the Movement, as a new international partnership, drawing together 100 Church of God assemblies at work in twenty-three time zones, convenes for the first time. In every nation, at home and abroad, there are mountains to climb, souls to save, wrongs to right, Kingdom truths to bring to life, and tests to overcome. Plenary and elective sessions will inspire and teach, even as they tackle tough stuff and big questions. Cancer? War? Hunger? Division? Fear? Death? Everything will be framed by this reassuring and empowering truth: He’s got the whole world in his hands.”

People from near and far are expected to descend upon Tampa next June for this pivotal convocation of the Church of God movement around the world. Thankfully, Tampa is perfectly suited for such an occasion. Did you know Tampa is a major hub for international travel, fully equipped to receive our international guests and send them on their way in a hospitable and efficient manner? Pastor Vincent Miller explains just one of the efficiencies. “The Tampa International Airport is easy to fly out of because each terminal has its own security checkpoint,” he observes.

Location isn’t the only motivating factor for Church of God people to descend from near and far on the Sunshine State for Convention 2023 and General Assembly. A growing list of speakers expected to grace the stage is sparking broad interest, which includes notable names like Eugene Cho, Jo Saxton, Rod Stafford, Samuel George, Walter Kim, Jeremy Patzer, Mark Jackson, and Nathan Leasure.

So, whether by plane, train, or automobile, just be sure to join us in Tampa, Florida, next June! See a basic schedule, learn more, and register at www.chogconvention.org. 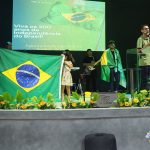 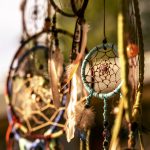