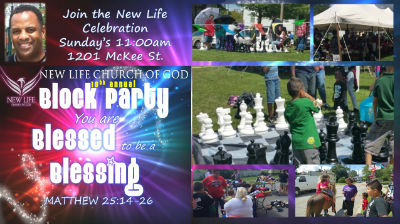 A Sunday morning and Wednesday evening preacher. That’s how Stephen Terry, pastor of New Life Church of God in Fort Wayne, Indiana, described his default function at the church for at least four years. As a bivocational pastor, Stephen Terry struggled with what most bivocational pastors struggle with—balancing work, continuing education, family, and the divine calling to shepherd a flock. While there are many great blessings that come with bivocational ministry, it wasn’t long before Pastor Stephen found himself working fifty hours per week in the school system and looking for remaining moments to keep up with his master’s program. Then one day when he was examining the declining health of his congregation and the continuing decline of the community around the church, he realized something had gone wrong. Without opportunity to lead the church, they’d come to a place in their life cycle that required immediate attention. That’s where Church of God Ministries, the National Association of the Church of God, and Indiana Ministries spoke life into the future of New Life Church of God—and ultimately two other Indiana churches.

Early in the process of seeking ways to encourage congregational and community renewal were Indiana Ministries and County Line Church of God. Stephen Terry credits them for being available to speak hope and valuable insights into the process. He didn’t know the leadership at County Line personally, but he was familiar with their tremendous growth and ministry success. Part of what they were emphasizing was an ecumenical evangelism effort known as Revive Indiana. Involvement in Revive Indiana reminded Stephen what New Life Church of God was there for—to see lives changed and transformed into Christ-centered disciples. He described the experience as having “lit a fresh fire” in his soul. The next step brought him back to the church that was so formative in Stephen’s early days of ministry: Celebration Church of Columbia, Maryland. 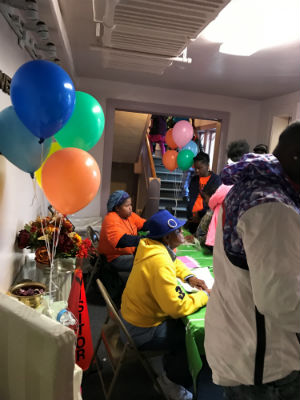 Church of God Ministries’ chief domestic officer Handel Smith was also serving at Celebration Church during those formative years. After Stephen reached out to Charles Myricks of the National Association, he realized that Handel was now serving with Church of God Ministries in a capacity to help reactivate churches. That realization was enough for Stephen Terry to give Handel a call. Handel walked Stephen through a variety of assessment and life cycle tools that enabled Stephen to make the best decisions for their church going forward. As part of the reactivation process, which is still ongoing, Handel offered Stephen several assignments with built-in timelines to gauge and fuel progress. The process thus far led him to the point where they are today: strategizing for urban renewal, and partnering with two other Indiana congregations to do so.

“We’re still in the early stages of it, but immediately Be Bold Academy was a game-changer,” Stephen reflects. “It allowed us to have a context of making sure we had the organizational coaching we needed for a ministry that multiplies. And you have to multiply yourself, as well as have people who are fully engaged in the process.” The other issue the church had to address was its lack of community involvement. After a community assessment was completed, the issues of child immortality, single-parent households, and poverty came to the forefront. In fact, because of the closure of large employers like International Harvester, poverty has climbed for many years and single-parent households now account for 54 percent of the homes in the area surrounding New Life Church of God. A similar situation was presenting itself as a challenge on the west side of Anderson, Indiana. 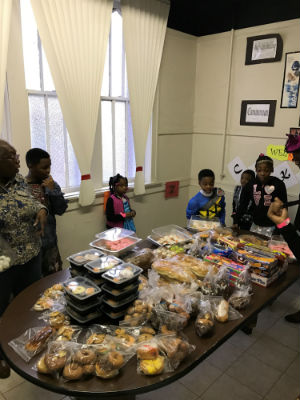 Thus, the process also revealed that Celebration Church at Arrow Heights in Anderson and Destiny Life Church of God in Fort Wayne were similarly poised to seek urban renewal. While the great needs facing these communities are incredibly vast, that does not give believers the right to say nothing can be done. Stephen says the first step is simply to get involved in their community. From free summer camp, to after-school programs, to block parties, to quality childcare—a desperate need in a single-parent culture—these churches are now looking for options to transform culture for Christ. Over the next several years, these churches have plans, complete with measurable outcomes, to develop strategic methods to reach their communities and create environments conducive to urban renewal. On a weekly basis, Handel Smith joins the pastors and other staff of each of the three churches to discuss, plan, and hold each other accountable.

As the congregations “die to themselves” and their wonderful histories, they offer up to God infinite flexibility for where he wants to take them in the future. Will it be three churches united under the same organizational structure? Will it be a partnership of resources and events? How exactly will the churches combine their urban renewal efforts? The adventure with God begins.