COVID-19. That’s about all we’ve been able to think about this spring. How do we avoid infection? Lockdown? Can we work from home? Are friends and family safe? What about school? How do we keep the kids occupied? And for some, endless video meetings by Zoom and Microsoft Teams.

And while we may have been occupied at home with the consequences of a new virus, God has continued to work, calling people to walk alongside the local church globally. It was in the context of all that has been going on this spring that the appointment of Aron and Melissa Thompson came to fruition. It was just as COVID-19 was beginning to explode in New York, California, and Washington, that Global Strategy appointed the Thompsons as missionaries to Costa Rica, to walk alongside the church in Costa Rica and throughout the Latin America region. This was the culmination of a process that began almost two years ago, one that included a vision trip to Costa Rica a year ago. So, while we have been preoccupied with a response to a virus, God has confirmed the Thompsons’ call to mission, bringing a new missionary couple into the Global Strategy family. In the middle of a pandemic, Aron and Melissa Thompson have had several months of training and begun the task of raising support to get to the field.

Aron and Melissa’s assignment will be to walk alongside the Church of God in Costa Rica and its neighboring countries, encouraging and strengthening connections, both with these churches and between them. This includes developing opportunities for church leaders and congregations in Costa Rica to engage with the church beyond its borders. One aspect of their ministry will focus on supporting children and youth in local churches, including helping local congregations to bridge gaps in education and to build stronger connections with schools in their communities. 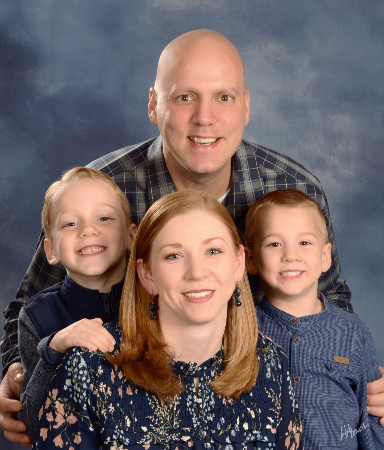 Aron and Melissa will tell you, “We always kept missions work in the back of our minds, but we never thought we would actually be the people who were called to uproot their lives and move to another country to share the gospel.” But God has been at work across the years, clarifying and amplifying that call, even in the middle of a pandemic.

From the beginning, Aron’s family has been in church, but it wasn’t until he was sidelined as a freshman in high school for an entire year with a broken tibia bone and subsequent complications that Aron committed his life fully to Jesus Christ. In the years after high school, while working at a local grocery store, Aron’s call to ministry began to emerge in regular conversations with his pastor at Liberty Street Church of God in Parkersburg, West Virginia. Those conversations eventually led him across the country to Mid-America Christian University, where he met Melissa.

Like Aron, Melissa has been in the church her entire life. The daughter of a Church of God pastor in Chicago, she felt the call to international missions very early. By the time she graduated from high school, she felt a passion for Spanish language and Latin culture, but she felt torn also by a passion for teaching and working with children.

As they settled into marriage and raising a family after graduation from Mid-America, Aron pursued a successful career in sales while Melissa pursued her passion for teaching, eventually working with gifted children. And yet the call to ministry and missions never let them rest easy until it resolved in conversations with Global Strategy and on a trip to Costa Rica.

“I am reminded,” says Melissa, “of all the times in the Bible that God has used the most unlikely people to carry out His plans. I really feel that even through my inadequacies, God wants to use me, and I know that God has the power to equip me for the mission ahead.”

Would you pray that Aron and Melissa will continue to find God faithful as they focus on building relationships with partners in ministry who will support their ministry?

To find out more or to partner with the Thompsons as they follow God’s call on their lives to walk alongside the Church of God in Costa Rica and the Latin America region, visit their profile online at www.chogglobal.org/amthompson or call Global Strategy at 800-848-2464. 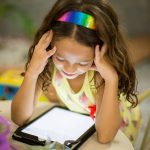 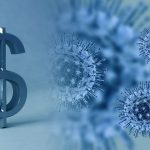