In a small banquet hall in Redford, Michigan, a quiet suburb on the outskirts of Detroit, the members of Lighthouse Community Church of God gathered together on a Sunday afternoon to celebrate the church’s 100th anniversary. The congregation, led by Pastor Dale Turner, had opted for a simple, intimate celebration, featuring a family-style dinner, fellowship, and some words of encouragement from current and former church leaders—a stark contrast to what a 100th anniversary celebration might typically look like. But for Pastor Dale—who is the church’s first female lead pastor—celebrating with the core group of members who have remained at the church for decades was the perfect way to commemorate the occasion.

“The goal was to celebrate those who are here, those who have stayed, those who have worked and helped us get to this point,” said Dale. “This was a different approach to an anniversary celebration that I hadn’t seen before, but I was very satisfied with what we did because we left feeling refreshed and encouraged by how faithful God has been.”

While the celebration itself may have been more low-key, the anniversary milestone was no less significant. As that core group of church members sat in the banquet hall celebrating and sharing a meal together, they knew just how meaningful and monumental this anniversary was—because they had endured through a season where it seemed unlikely that the church would ever make it to 100 years. 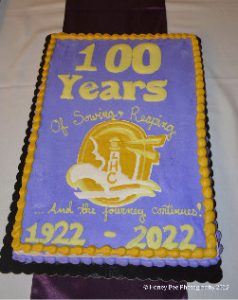 This season in Lighthouse Community Church’s history began in 2004, when the church leadership and congregation collectively decided to relocate from their building in Detroit to an outlying suburb called Southfield. Soon after, the church purchased a 20,000-square-foot building and began renovating the facility to accommodate its needs. Things were looking bright for the growing congregation—until one day, they received a notice from the city ordering them to vacate the building as they did not have a certificate of occupancy.

Although the building was located in a zoning district where churches were permitted to operate, the city was resistant to providing the certificate of occupancy that the church desired—citing an issue with insufficient parking. The church’s application to resolve the parking issue, however, was also denied.

Facing what felt like an insurmountable obstacle, the church embarked on what would become a years-long legal battle, alleging that the city was in violation of the Religious Land Use and Institutionalized Persons Act (RLUIPA) and could therefore not legally prevent them from using the building for worship purposes.

“Throughout the legal battle, I wish I could say it was easy and everything was great, but it was incredibly difficult,” recalled Dale. “We lost at least half of our congregation during that time—but we knew we hadn’t done anything wrong to cause this. So, we kept forging ahead, kept trying to encourage the members, kept on going regardless of what was happening.” 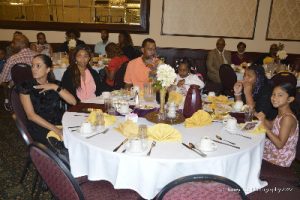 And eventually, despite how taxing it was, the church’s endurance and trust in God paid off. In 2007, after the case made it all the way to the federal level, the judge ruled in favor of Lighthouse Community Church, saying that the city was in violation of RLUIPA and could not prevent the church from using the building for worship and church activities. Ultimately, the church and city reached a settlement that allowed the congregation to relocate to nearby Redford, bringing an end to a difficult but defining chapter in the church’s history.

“The day I found out we’d won the lawsuit was such a memorable day for me,” Dale shared. “Our pastor at that time, Demetrius Booker, called me and said, ‘Dale, we won! We won!’ And, at first I said, ‘You’re joking.’ But then I just started rejoicing and praising God right there on the phone—because it was a David-and-Goliath moment, and we had conquered Goliath. We may have come out with scars, but those scars serve as a reminder of how awesome God is.”

Now, fifteen years after the conclusion of that court case, it’s those scars, challenges, and the undeniable faithfulness of God that make this 100th anniversary so special for Dale and the members of Lighthouse Community Church. Throughout that season and many others in the church’s history, God has helped the congregation not only survive, but thrive—which is what they’re doing now in Redford. Over the past several years, the church has forged a strong relationship with the town of Redford, even receiving a plaque from the town’s leaders for their outreach and service in the community.

But as Dale looks ahead to the future, she knows that God’s not done with Lighthouse Community Church yet.

“Above our church door, it says, ‘We’ve come this far by faith.’ And that is absolutely our story,” Dale explained. “It is by grace and faith that we have been able to continue moving forward. I’m grateful we’ve celebrated 100 years—but God is saying to us, ‘You’ve made it this far, and you can’t stop now.’ So until he comes back, we’ve got work to do. The journey continues.”

Ashley Tinstman serves as connections pastor of White Chapel Church in South Daytona, Florida. In her role, she oversees the church’s social media and communications, community groups, and special events. Originally from Pittsburgh, she is a diehard Steelers fan and enjoys playing golf and tennis in her free time. 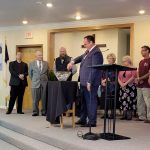 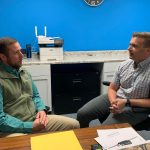