The Way of Jesus: Daughter of Shooting Victim Waves Flag of Forgiveness 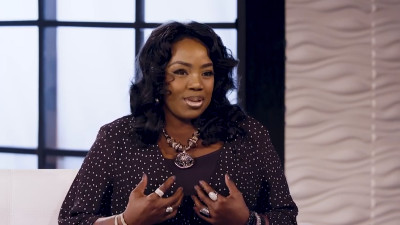 To most in Charleston, South Carolina, June 17, 2015, probably started out like any other day, but the tragic events that unfolded shortly after 9:00 PM would set this day apart forever. When a white supremacist opened fire at the historic Emanuel AME Church, murdering nine African Americans, it may have seemed like evil had triumphed. In the days that followed, however, the world watched as hell learned it would not have the final say. Instead, a “forgiveness revolution” gained traction and could not be stopped. Rose Simmons, who lost her father in the massacre, has since become an ambassador of forgiveness, sharing her story of pain and hope wherever doors of opportunity open. This year, the doors will open for her at Center of Hope LA, Madison Park Church of God, and the Church of God of East New York as the Church of God welcomes her to all three Regional Conventions.

Guests of the Regional Conventions in California (April 22–24), Indiana (June 24–26), and New York (September 16–18), are sure to be challenged and inspired by the masterful cinematic storytelling contained in the groundbreaking documentary film, Emanuel. Thursday afternoon has been set aside on the convention schedule for the screening of the film, as well as a conversation with Rose Simmons, altogether hosted by Derick Grant. Chronicling the horror and the hope, the grief and the grace experienced by the victims and their families during and after the tragedy, Emanuel is bound to shake convention-goers to the core, but in a way that is redemptive and life-giving. The launchpad for Rose’s ministry, is the scene in the film where, instead of shouts of condemnation and retaliation, one family member after another starts voicing words of forgiveness toward the killer.

Rose, the daughter of the late Rev. Dr. Daniel Lee Simmons Sr., grew up going to church every time the doors were open. At the time of his tragic death, he was a retired pastor but had come alongside in ministry the senior pastor of Emanuel AME Church, Clementa Pinckney, also a state senator (who also tragically lost his life). Rewind the story back to when Rose was twenty years old, though, and you would discover the incident that ultimately taught her the power of forgiveness that only God’s love can accomplish. This was when her father and mother divorced, prompting a period of discord among family. She remembers this time as strained in relationship and low on the scale of forgiveness. Thankfully, the Holy Spirit was about to work a change in her heart.

“I remember receiving the indwelling of the Holy Ghost when I was twenty-seven years old,” Rose recalls. “I began to grow, and I began to seek forgiveness. These and other incidents in my teenage and early adult life really gave me deeper lessons in forgiveness.” 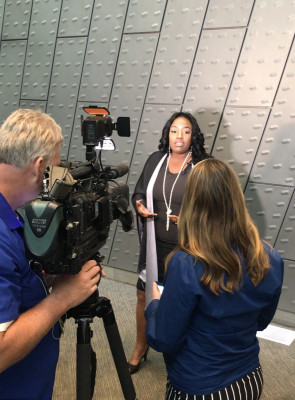 Many in the media have picked up on her story.

So, how does one get to the point where they find it in themselves to extend forgiveness to someone who has snatched away the life of his or her mother, father, child, sibling, or friend? Viewers will note in the film that one family member could not find it in his heart to forgive. Rose clarifies that he has since grown in forgiveness and the film does not depict where his heart is today. But she also expounds on the difficulty of forgiveness, using the illustration of an electronic button.

“We were all created with a forgiveness button inside of us,” she explains. “If mine works not necessarily better, but more quickly, that’s only because I’ve been pushing mine for years. So, if you have not been challenged in the depth of your humanity to forgive…. It’s one thing, for example, to forgive someone who cut you off in traffic, but it’s another thing to reach inside the core of who for something like this. You have to have a relationship with Jesus Christ that transcends your own will and desire. He has to be first. His Word has to be first. No exception. It doesn’t tell us to forgive the people who ask for forgiveness. Honestly, we never did ask for it. On the cross he forgave us anyway. Forgiveness like this requires the power of the Holy Spirit at work in your life.”

Certainly, forgiveness isn’t the only theme in Emanuel, nor is forgiveness the only issue we must wrestle with in response to all that has transpired since the massacre. Racism is a central topic in the film, as the shooter himself openly admitted to his feelings about racial minorities. Rose sheds some light on this subject, too. 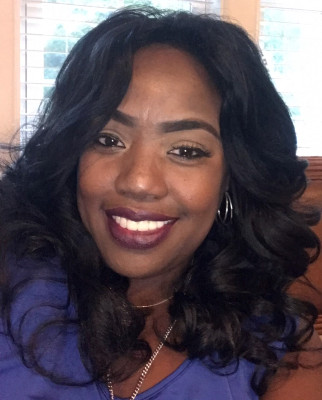 “I was four years old when Martin Luther King Jr. was assassinated,” she explains. “I didn’t know anything about racism at that age. I do remember hearing my parents talk in grade school about it, and hearing about my grandparents who were one step away from slavery as sharecroppers. They taught me to treat everybody the same and to not think you’re better than anyone else. They taught me that the real enemy isn’t a person or a race, but racism itself.”

One way Rose suggests churches take a stand against racism is through partnerships with other churches and community organizations made up of people that “don’t look like you.” When she comes to speak at events, she warns ahead, “Don’t let me come to your area and everybody is black, or everybody is white!” She elaborates, “We tend to stay within our comfort zones. But this is why I like to use the film Emanuel along with my presentations. Those nine people, all of one race, received one person with them into their Bible study that night, one who didn’t worship like them or look like them, and welcomed him in love.”

Rose Simmons confesses she’s not immune to unforgiveness. She doesn’t even feel worthy of the platform to which God has called her to speak. But she looks forward to meeting a portion of the Church of God movement at each Regional this year, and she looks forward to the Spirit using her for his purposes and for his glory.

Learn more about all three Regional Conventions 2020, and register, at www.chogconvention.org.