The Shelter Celebrates 100 Years of Ministry in India

By chogministries
Posted September 9, 2014
In All Church of God, Be Bold, Global Strategy
The Shelter Celebrates 100 Years of Ministry in India2014-09-092014-09-09https://www.jesusisthesubject.org/wp-content/uploads/2016/07/ChogLogo-Light.svgChurch of God Ministrieshttps://www.jesusisthesubject.org/wp-content/uploads/2016/07/ChogLogo-Light.svg200px200px 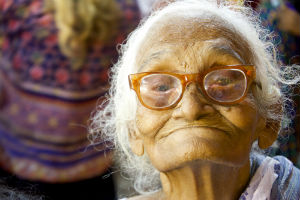 “People hated us because we were orphans. But now people see what we are capable of because of the Shelter. We are the proof of the potential of orphans.”

“Probably I would have continued in my old faith if I had not come to the Shelter.”

“I was here in the 1980s. I’m now living in Delhi as a teacher and am married with two children. The Shelter was instrumental in forming who I am.”

The children we are investing in around the globe with education, nutrition, and safety aren’t children forever. They grow into adults who get jobs, get married, start families, and influence entire communities.

I know they do, because I met them this last week. Nearly every one of the hundreds of women I met this week who stayed at the Shelter at some point in their lives began their introduction by showing me their families: “This is my husband, here are my children, these are my grandchildren.” 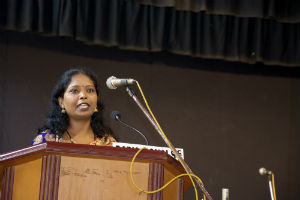 The oldest known living woman who lived at the Shelter is ninety-five years old. She introduced me to five generations of her family–each one thriving because she was given a chance as an orphan in 1919.

The Shelter is a home for orphan girls and those in need, continuously operating in India for one hundred years. At the centennial anniversary celebration on September 1, 2014, hundreds of women and their families streamed in to thank God for the way their lives have been changed.

This is a place universally regarded in its community and region as a bright shining light of hope. S. C. Jamir, governor of the state of Odisha—a state in India with more than 43.7 million people—even traveled to attend the event. In his official speech, he reflected, “For women and girls in our country, it shouldn’t be any different than for men and boys, but it is. Despite legislation, for many girls, especially orphans, human trafficking, unskilled labor, and begging on the street are the only options. Places like the Shelter educate our girls and give them a future. I believe it is true what they say: ‘Educate a boy and you educate one person. Educate a girl and you educate a whole family.’ The Shelter is moving our country toward the future.” 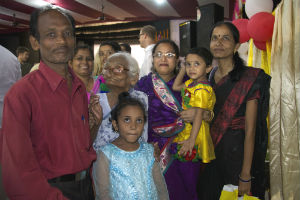 As our team of fifteen Americans and Canadians celebrated with our Indian friends, we remembered the past and dreamt about the future. Through the Church of God TraffickLight initiative and the 1000 X 1000 campaign, we’re raising funds to help expand the Shelter’s reach and influence to more girls and to higher educational levels than ever before.

We want to make sure The Shelter continues to be a beacon of hope to girls across India, and you can be a part. Ask your church, small group, or family to join the team of 1,000 giving $1,000 toward the Shelter and other ministries combating human trafficking through prevention, rescue, education, and after-care. We can be a part of impacting generations of Indians. Join us.