The Michigan Church Now Known as the Do Something! Church

By chogministries
Posted October 11, 2017
In All Church of God, Great Lakes
The Michigan Church Now Known as the Do Something! Church2017-10-112017-10-11https://www.jesusisthesubject.org/wp-content/uploads/2016/07/ChogLogo-Light.svgChurch of God Ministrieshttps://www.jesusisthesubject.org/wp-content/uploads/2016/07/ChogLogo-Light.svg200px200px 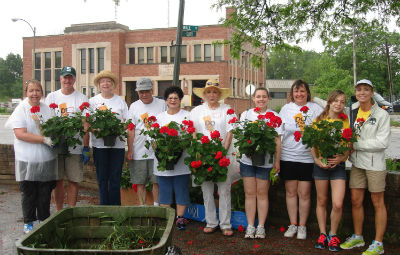 First Church volunteers sporting their Do Something! T-shirts (from the book with the same title by Miles McPherson).

It wasn’t just the bright T-shirts matching the even brighter smiles worn by First Church of God volunteers that inspired their new nickname. The southwest Michigan church was unofficially dubbed the “Do Something! Church” by the surrounding local community after launching a work day in the summer of 2009 that encouraged members of the congregation to get out and serve. Armed with work gloves, paint brushes, and cleaning supplies, the mob of roughly 800 First Church of God volunteers took to the streets on a Sunday morning in early June and began to serve the most basic needs of their community.

According to First Church of God missions director Chris Britton, this once-a-year event is an all-in, all-church service day. It was also the event that inspired him and his wife to really get plugged in with their church community before he later began working for First Church in 2014. “We have such a bland name—First Church,” says Chris, “but now we’re known in the community as the ‘Do Something Church’—the church who gets out and serves.”

A church of roughly 1,200 congregants in weekly attendance, First Church of God consists of three campuses—the main campus and offices located in St. Joseph, and the remaining two in Benton Heights and Stevensville, Michigan.

After the initial launch of Do Something! in 2009, the First Church of God congregation was eager to continue their involvement with the local community. Thus began Love Berrien, a collection of one-off service projects set to take place throughout the year. The intention of Love Berrien was to fill the gap between the annual Do Something! event, “because the needs in our community happen around the calendar,” says Chris. 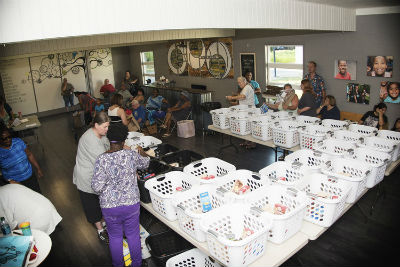 Under the umbrella of First Church’s associated nonprofit, New Heights Christian Community Development Association, for which Chris serves as the executive director, various Love Berrien projects are able to be resourced and carried out efficiently. Two of their largest ongoing ministries that serve Berrien County are the Community Food Network and the Cars Ministry.

“We are taking the church outside the walls,” says Chris, who believes these ministries to be dignifying to those they serve. “Everything we do is a hand-up and not a hand-out.”

The Cars Ministry began in 2009 with the intention of showing God’s love through the repair and provision of adequate transportation for people in Berrien County who do not have the means to provide it for themselves, according to their mission statement.

Recent data reveals that there are 4,527 households in Berrien County without vehicles and, according to Chris, public transportation is a very real issue for the community, as well. “There is a cycle of poverty here that needs to be broken,” he says. The Cars Ministry enables qualified participants to receive mechanical repair for the cost of parts alone, and in some cases, they may be eligible to purchase a donated-and-restored vehicle for $500.

Since its commencement, the Cars Ministry has aided 85 families in need of transportation, 17 of which were assisted this year. Envisioning a future for the ministry that embodies a full-circle job training component, Chris says, “The vision I have is that our Cars Ministry would increase, and that eventually we could hire a mechanic who could be there full-time and train other people to be mechanics.” 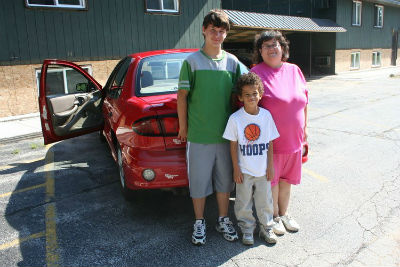 Local family blessed by the Cars Ministry of First Church.

The other main ministry component of the Love Berrien initiative is the Community Food Network (CFN)—a food assistance ministry that currently serves 140 low-income families in a dignified and empowering way. According to their mission statement, CFN replaces handouts and charity with meaningful involvement and interaction with friends and neighbors who are in similar circumstances.

Qualifying members contribute a small programming fee of $6 per month and are subsequently provided with roughly half of their food needs for the month. But that’s not where their involvement ends. Members run the entire operation—from unloading the truck to setting up the room and sorting food into boxes. “We believe that everybody has something to contribute,” says Chris of the program participants. “They walk out of there with their heads held high.”

Because the ministry is membership-based, it gives both church volunteers and participants a unique opportunity to get to know one another and invest in enduring relationships. CFN also holds a variety of social events and potlucks, and starts each meeting with a devotional. “We believe in serving people holistically, which means their physical needs as well as spiritual,” Chris says.

Chris believes that the most meaningful way for the church to serve their community is by actively listening to their needs and pursuing ministry in a dignifying and empowering way. “We want to recognize the gifts that God has given to everybody, regardless of their socio-economic status,” he says.

For more information about these and many other ministries carried out by First Church of God, visit their website at www.myfirstchurch.com/volunteer or check out their newly-founded nonprofit, New Heights CCDA at www.newheightsccda.com.

In southwest Michigan, across North America, and around the world, God is on the move in the Church of God. Join the movement. Reach our world. Donate today at give.jesusisthesubject.org.