By chogministries
Posted December 6, 2017
In All Church of God, Southeast
The Last Shall Be First to Hear Convention 2018 Speaker Terry Rolen2017-12-062017-12-06https://www.jesusisthesubject.org/wp-content/uploads/2016/07/ChogLogo-Light.svgChurch of God Ministrieshttps://www.jesusisthesubject.org/wp-content/uploads/2016/07/ChogLogo-Light.svg200px200px 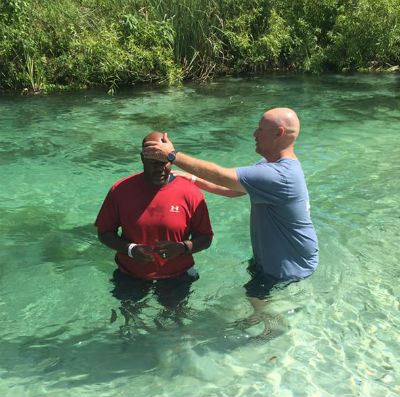 Phoenix, Oklahoma City, Columbus, and Fairfax. The Regional Convention makes a stop at these four locations before it ever gets to Safety Harbor, Florida. But the event in Safety Harbor will be no afterthought; neither will be the opportunity to hear from the Lord through his servant Terry Rolen. The lead pastor of Bayside Community Church looks forward to hosting the grand finale Regional Convention next year, September 25–26. While much of the movement won’t wait until then to receive, hear, and embrace all God has for them through next year’s Regional Conventions, those who do—and those who choose to visit more than one location—won’t be disappointed. 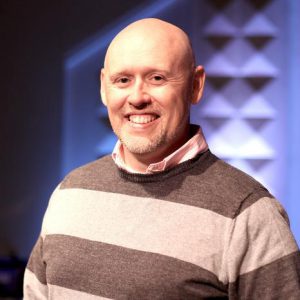 Terry Rolen has served nineteen years as senior pastor, five of which have been at Bayside. He and his family moved from Breiel Boulevard Church of God in Middletown, Ohio, to Florida in the summer of 2012. Since then he’s discovered in the congregation and community a sense of home and hope, even amid challenges along the way. “Bayside is a great church with a rich history in the Clearwater area,” Terry reflects. “I count it a blessing to pastor here. In all honesty, the succession after a long-term pastorate here has not been easy by any means. It’s been a difficult learning and growing experience in many ways. But now after five years we are truly seeing a new wind blowing through Bayside.”

That new wind is sure to be felt by those who make the fifth and final Regional Convention a priority in 2018. The Holy Spirit’s presence is palpable there, and the fruit of the church’s labor is sweet. “Of course, seeing dozens of people come to Christ is the most exciting thing of all,” Terry reflects. “But we are also advancing some incredible partnerships with schools and other nonprofits in our immediate community, and I know that is pleasing to the Father. We are truly becoming a community church. That excites me.” 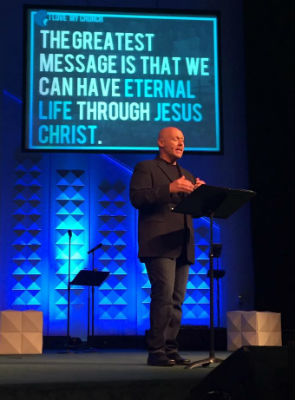 To host a form of the camp meeting where God called him to ministry is also a “thrilling” prospect. “To be selected to host one of the conferences along with the other four incredible congregations across North America is a great honor for us at Bayside. We’ve already begun to make plans for the Church of God family to visit us next September.”

But have you made plans? It may be several months away, but September will be here before you know it. Terry wants to make sure you know where to eat and what to do apart from the convention to make your stay in Safety Harbor especially meaningful and enjoyable. He explains that there are many “fantastic” eateries there, some with water views. His favorites are Frenchy’s, Ozona Blue Grill, The Sandwich on Main (in Safety Harbor), Bon Appetit in Dunedin, Rusty Bellies and Mr. Souvlaki Greek Restaurant in Tarpon Springs, and Whisky Joe’s in Tampa. He also explains that vacationers enjoy Clearwater Beach, Honeymoon Island, the Sponge Docks in Tarpon Springs, Downtown Dunedin, and the Clearwater Marine Aquarium (where “Winter” from the Dolphin Tales movies lives).

Terry’s also excited to host the Church of God Regional Convention because he sees God’s hand at work in the movement today. “I am just excited to see the Church of God allowing the Spirit to lead us in making Jesus’ name great, one local community at a time,” he explains. “I am energized by the fact that room is being made for new ideas and leadership.” 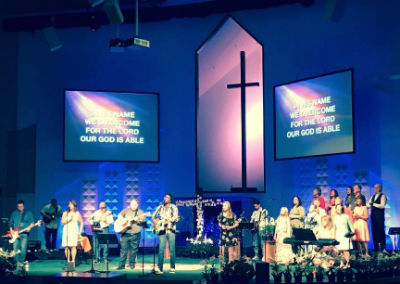 Powerful moment of worship at Bayside.

As such, it humbles him once again to bring the message of Christ to the broader Church of God family (Safety Harbor location only). “I pray that, first of all, the church at-large feels at home and has a wonderful experience while at Bayside,” he explains. “Along with that, I pray that folks are refreshed, encouraged and challenged through our time in worship and fellowship together. I pray that my message will inspire people to go after their dreams or, perhaps, to dare to dream again. Life has a way of taking the air out of our dreams if we aren’t careful. But the kingdom comes when God-inspired leaders dream and then go for it. I truly believe we are most like God when we dream! So, my prayer is that dreams are birthed and brought back to life through the power of the Holy Spirit.”

Register and learn more about the 2018 Regional Conventions at www.chogconvention.org.