The Grim Reality of Human Trafficking

By chogministries
Posted February 6, 2015
In All Church of God
The Grim Reality of Human Trafficking2015-02-062015-02-06https://www.jesusisthesubject.org/wp-content/uploads/2016/07/ChogLogo-Light.svgChurch of God Ministrieshttps://www.jesusisthesubject.org/wp-content/uploads/2016/07/ChogLogo-Light.svg200px200px 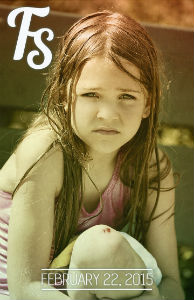 The first time I came in contact with a human trafficking victim was in 2009. My detective called me around 2:00 AM to report that a young woman had been found and that the detective believed her to be a victim of human trafficking. BA’s story is one that will remain with me always. BA was taken because her mother owed a drug debt. BA had done nothing wrong. Initially, the trafficker kept her in an apartment on the west side of Indianapolis, making her strip at night at a local club. While working, the trafficker always had someone watching over her, someone taking all her money to make sure she didn’t run. The trafficker would make her have sex with his friends in front of a group of people, make her sit around naked, and make her kiss a bullet every day. Kissing the bullet was to let her know that he was the one that would kill her if she ever tried to run. Eventually, the trafficker wanted more money and forced her into prostitution. Her rescue came when one of the people helping the trafficker called the police on an unrelated matter and the police found her hiding in the bottom of the bathtub.

One of the next cases I worked on was with an Indian woman who came to the United States to visit her brother. This woman was forced into an arranged marriage. Within two weeks of meeting her husband, they were married, and she was his slave. She had a master’s degree, and in India, she had taught at a high school. Here in the States, she was married to a man she didn’t love and forced to work as his servant. She worked around the house from 6:00 AM all the way to 2:00 AM every day. Her role was to cook, clean, and massage the heads and feet of all family members, as well as any other work that anyone in the family demanded of her. She was only allowed to eat scraps left for her on the table by family members. She was forced to sleep on the floor during the few hours she was allowed to rest.

Since those two cases, I have met dozens of victims of human trafficking. Most of the victims are girls, and most are under the age of eighteen. The most common story is of a young girl running away from home and meeting an older guy who tells her that he loves her and that he wants to help her. Within forty-eight hours, she is on the street selling her body to earn him money. This has happened to girls as young as twelve years old—a twelve-year-old standing on the streets of Indianapolis, selling her body, and no one called the police.

This is why human trafficking awareness is so important. I can’t count the number of times I have been asked whether human trafficking really happens here in Indianapolis. My answer is always a resounding Yes! Human trafficking happens everywhere. If people continue to believe that trafficking doesn’t exist, they will continue to turn a blind eye and allow young girls to be sold on the streets of every city.

There are so many ways to help stop human trafficking. Becoming aware of the problem is number one. Mentoring is another. If these girls felt that they had someone in their life who loved them and cared about them, then maybe they wouldn’t have run away and met the trafficker. Another way is to end support for industries that contribute to human trafficking. One such industry is pornography. Many of the victims I’ve met have had photos taken and movies made of them that will be out there forever, accessible to the public.

Churches play a vital role in awareness and in stopping human trafficking. It is through the church that Christ’s love can be shown to these girls who believe that they are unlovable. It is through the church that the light of Christ can be used to take away the darkness that these girls live in. And celebrating Freedom Sunday (February 22) is a way for your church to join the fight to stop human trafficking.

Mary Hutchison is a deputy prosecuting attorney in Indianapolis, Indiana. Since 2007, her assignment has been to investigate and prosecute human trafficking cases. Mary works directly with law enforcement officers conducting the investigations, and has close contact with all the victims whom she serves.