The Generational Impact of Church of God Radio on Cuba 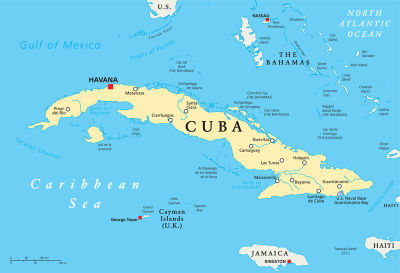 In March 2016, President Obama paid a historic visit to Cuba. For the first time in nearly ninety years, a sitting U.S. president visited the island nation, following a lift on the ban of commercial flights into Cuba. While the latest development in an attempt at diplomatic relations may have been breaking news in political circles, the Church of God reach into Cuba is nothing new. Since the first visit to Cuba by a Church of God evangelist in 1901, the impact of the Church of God on individuals and congregations there has continued. Not only have missionaries poured their lives into Cuba, but published material like La Trompeta has proven highly influential. Yet another constant source of the Good News since at least the 1970s has been Church of God radio.

CBH-Spanish speaker Gilbert Davila tells the story of how it all began in Corpus Christi, Texas, with a 50,000-watt AM radio station. “In those days, 50,000-watt stations were the strongest ones,” he explains. “The signal would skip over the Gulf of Mexico and into Cuba. About 1978, it was the outreach of the local church. We know people were listening in Cuba, because we began receiving correspondence.”

In those early days, Cuba was, in many ways, still recovering from the 1959 revolution. Though Cuba has been known to be restrictive to the advancement of the gospel, Gilbert accompanied Anderson College’s Maurice Caldwell on a trip that would open their eyes to the desperate need of the people, and in particular, the small Church of God congregations. Upon return to the states, Gilbert was only more determined to inspire and teach through his radio ministry. “Back in those years, we found that 6:00 in the morning on Saturday and Sunday were the best times for our signal to reach Cuba,” he recounts. “We would bombard them with as much as we could. And we received more and more correspondence.”

They sent Bibles and other Christian resources, including scripture calendars. They corresponded with believers who were hungry for the truth. Though “commercial flights” recently resumed between the United States and Cuba, on-the-ground visits as early as the late 1970s periodically sparked new life and a wave of encouragement among the movement there. Through ups and downs, the Cuban Church of God pressed on, but benefited all the while by the ministry of Gilbert Davila through his church’s radio program—and ultimately the ministry of CBH. 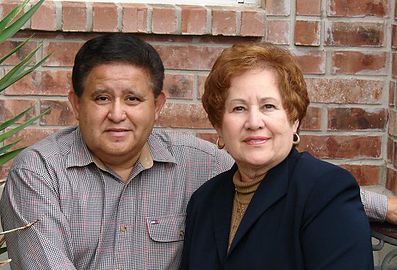 In 1995, Gilbert Davila became the host for the Spanish broadcast of Christians Broadcasting Hope, Hermandad Cristiana. As time passed, Cubans advanced with technology, as did the radio ministry of the Church of God. While many listeners in Cuba hear the Good News proclaimed today through the Internet, Gilbert says much of the older generation are still tuning in the old-fashioned way. Whether by radio or handheld device, the people are hearing the truth of Christ. “The biggest thing,” Gilbert explains, “is to spread the gospel. To go into all the world. Through radio, we’re going to the uttermost parts of the earth. We’re reaching Cuba, Mexico, Peru, Ecuador, Nicaragua, Argentina, Santo Domingo, Spain, and more. We’re reaching into penitentiaries, people who have told us they’re in for life because they took someone’s life, and they know they deserve to be there, but they’ve been saved and are being fed by CBH. They know if they get out, or if they don’t, they’ve been changed.”

Government changes. Politics change. International alliances come and go. But the gospel never changes, nor the passion of the Church of God to advance the kingdom. “We were able to do something when no one could go into Cuba,” Gilbert reflects. “And it all had to do with radio connections. And CBH has been the biggest connecter of all.”

Seeds sown in Cuba nearly forty years ago are bearing fruit today. The five-year-old kid that met the voice behind the radio, or the teenager that heard about Jesus as their family gathered around the radio, now represent those teaching a new generation about Christ. Today, Gilbert rejoices to hear updates from Church of God pastors born in Cuba, now serving as pastors in various churches across Cuba—and the United States and Canada, too!

Learn more about Christians Broadcasting Hope, and opportunities to partner with this global outreach, at www.cbhviewpoint.org.