The First One to the Cross Wins

By chogministries
Posted April 15, 2015
In All Church of God, SHAPE
The First One to the Cross Wins2015-04-152015-04-15https://www.jesusisthesubject.org/wp-content/uploads/2016/07/ChogLogo-Light.svgChurch of God Ministrieshttps://www.jesusisthesubject.org/wp-content/uploads/2016/07/ChogLogo-Light.svg200px200px 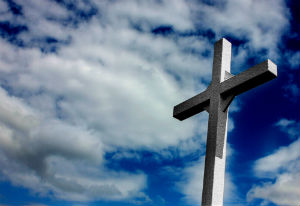 Ever have a conflict with your spouse, associate, or family member? Who won? Susan and I have had many conflicts in our marriage, especially when we were younger and more immature. Her common refrain was, “You just want to win!” At first I didn’t agree—I thought she was the one who always wanted to win. Over the years I’ve become convinced we both want to win and so do most people in conflict.

But what does winning mean? People may define it differently, but it boils down to insisting statements like, “I know I’m right, period” or “I’m not wrong, you’re wrong” or even “I just want to be heard,” really meaning, “You need to agree with me.” Common to each of these beliefs is the word I, not the word we. Conflict, by definition, is being at variance or contending over fact, opinion, or perspective. It’s a clashing of wills. Studies indicate that most people do not like conflict and that people have differing ways of dealing with it. For example, in my early years I would stuff my feelings and thoughts, remain agreeable and pleasant, until I was finally triggered by Susan’s continuing indifference. I then exploded, said anything and everything that came to mind, but was over it ten minutes later. Meanwhile, Susan was devastated by my explosion, withdrawing and giving me the cold shoulder for days at a time. Obviously, we had a very difficult beginning to our marriage. It was by God’s grace that we survived.

It was years later that I one day realized—the first one to the cross wins. What this sentence came to mean for me is that we both needed a godly perspective of our conflict. Instead of pushing and arguing for my way, or totally yielding and abdicating any responsibility for our conflict, I needed to gain God’s view of my position and the overall conflict. What does this look like when conflict arises? Consider the following guidelines:

1. Control yourself! Perhaps the most necessary yet difficult part of resolving conflict is ensuring that you maintain control of yourself. Proverbs 16:32 states, “He who is slow to anger is better than the mighty, and he who rules his spirit than he who captures a city” (RSV). In my case I first needed to learn how to deal with my feelings appropriately. I had to be quick to resolve angry feelings, and work on controlling my thoughts so I could be patient and appropriate with Susan.

2. Deal with your anger—it hinders, not helps. A good lesson to remember is that simmering anger in a conflict does not produce good results. As James 1:19–20 shares, “…But everyone must be quick to hear, slow to speak and slow to anger; for the anger of man does not achieve the righteousness of God” (NASB). Raised voice, fierce looks, stubbornness, and contemptuous behavior is often a sign of unresolved and uncontrolled anger. It will provoke more anger and defensiveness instead of resolution.

3. When conflict arises, pray first—talk later. Going to God in prayer first is your only real assurance of gaining the healthy, right perspective of your actions and the conflict. Having a conflict means there is a problem that needs to be worked out. When I stopped blowing up and started praying about my issues with Susan, a lot of things changed for the better. Stepping back from the situation, praying, and then talking really helped me handle conflict much better.

4. Don’t be a hypocrite—take the log out of your own eye first. As Matthew 7:4–5 so aptly states, I needed to examine my own culpability first before accusing or challenging Susan on her behavior. My favorite verse to remember in conflict is that “God is opposed to the proud but gives grace to the humble” (James 4:6 NASB). Some of our early fights and problems needed all the grace God could give! And neither one of us were very humble. Being “first to the cross,” for me, meant being first to acknowledge my shortcomings and ask forgiveness.

5. Be the first to actively listen. Take the initiative to listen first and attempt to understand what message the other person is attempting to share. Adopt an interview style by asking questions. Don’t be defensive when you are the listener. No interruptions—wait until the other person has finished sharing before you respond. Even if you disagree with what you are hearing, don’t react. Instead, summarize what you are hearing the other person say so that he or she knows you have heard him or her. My mother was a great listener. Seeing her practice this step made me a better listener.

6. Stick to the topic and look for areas of agreement, not just disagreement. Most conflicts escalate into sinful quarrels when the parties to the conflict don’t stick to the topic. Susan and I used to switch topics so frequently that we would forget what the original conflict was all about. It helps to uncover and summarize areas of agreement. Oftentimes, we agree on so much more than we disagree.

7. Forgive, forgive, forgive (Matthew 18:21–35). There is no true resolution without forgiveness. The first one to forgive is the peacemaker. Matthew 5:9 states “Blessed are the peacemakers for they shall be called sons of God” (NASB). It pays to be first to the cross.

NOTE: Leaving behind the anger and bringing self-control, humility, understanding, and forgiveness to a conflict makes it much easier to resolve. All it takes is for one party to the conflict to be the “first to the cross” and the conflict will subside and have a high probability of resolution.

Article republished from the April 2015 edition of the SHAPE newsletter. Learn more about SHAPE (Sustaining Health and Relational Excellence) at www.JesusIsTheSubject.org/SHAPE.