By chogministries
Posted June 15, 2015
In All Church of God, Great Lakes
The Empty Pew Project2015-06-152015-06-15https://www.jesusisthesubject.org/wp-content/uploads/2016/07/ChogLogo-Light.svgChurch of God Ministrieshttps://www.jesusisthesubject.org/wp-content/uploads/2016/07/ChogLogo-Light.svg200px200px 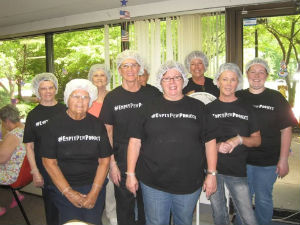 The Empty Pew Project, a new ministry opportunity developed by North Avenue Church of God in Battle Creek, Michigan, was created to give members the opportunity to serve in their community instead of simply sitting in church every week. The Empty Pew Project defied the negative connotations associated with empty pews and instead transformed this negative image into an incredibly positive and engaging ministry event.

The lead pastor at North Avenue, Jeff Eckman, addressed the idea behind the event, saying “We believe that emptying the pews for the right reason, and with the right motives, is actually a fulfillment of the Great Commandment, and exactly what Jesus would want us to do. We all hear people outside of the body of Christ criticize the church for being ingrown, selfish, hypocritical, and focused on money. Our goal was to show them a different image of the church. One that is more Christ-like. One that is here to serve.” 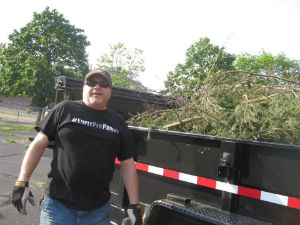 Led by a sermon series on Matthew 20:26–28—a passage that encourages Christians to follow Jesus and serve others just as he did—The Empty Pew Project was a weeklong service opportunity at the end of May for members of the congregation to engage in various acts of service at several local organizations. From weeding and yard work, to tying quilts and sorting clothes, North Avenue benefited their community in deliberate and enjoyable ways that engaged those outside the church and hand-delivered the gospel message to them.

Though the project was primarily focused on serving and assisting people outside of the church, the reaches of its influence extended inwardly, as well, blessing the members of the congregation themselves and drawing them closer together in a beautiful display of unity and cooperation. Pastor Eckman testified to this unity, saying, “The most encouraging thing to me was the way that everyone worked together. The youth were working alongside some of our elderly, and families with kids were doing projects together. We also had one family that visited the church after recently moving into the area during the series. They immediately got on board and, after only being here two Sundays, they worked with us and built immediate connections to the church.”

As Pastor Eckman told of the more than one hundred pairs of dirty, muddy shoes sitting outside the doors of the church during The Empty Pew Project’s conclusory celebration service, I was reminded of one of Jesus’ final acts of service: the washing of his disciples’ feet. Just as Jesus humbled himself and washed the feet of those he came to save, so too North Avenue Church humbled themselves as a congregation and served the community that surrounded them.

The Empty Pew Project not only defied the stereotypically negative connotations associated with empty pews, it achieved a nearly opposing mindset that actually encouraged the emptying of pews in order to effectively minister as Jesus did. Whether washing one’s feet or clearing brush in a local park, North Avenue discovered the blessing of service and the ability it has to spread the gospel in the name of Jesus.