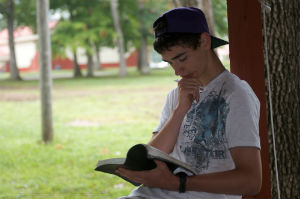 Crumbling and outdated facilities, financial hurdles, and declining attendance have prompted many states and regions in the Church of God to sell their campgrounds. But not Illinois. In the face of such obstacles, a steadfast belief in the timeless vitality and relevance of church camping ministry led the General Assembly to commit to the revitalization Illinois’ Camp Warren. After years of investment, research, networking, strategic planning, promotion, hard labor, and plenty of setbacks, regional pastor Eric Livingston says 2016 is on target to be their best year yet.

Just how bad did things get for Camp Warren? Camp Warren was surviving only through constant support from Illinois Ministries. The Lord had led Eric Livingston to Illinois Ministries the same year construction was beginning on a building to replace one that had been destroyed by fire back in 2008. Though 75 percent of the new construction was covered by insurance, the remaining 25 percent represented a huge chunk of change. “We were losing money every month, and we had this building that should attract new customers, but the rest of the campground needed upgrades,” Eric explains. “There was no cash for marketing, staff, or upgrades.”

Camp Warren’s income was about $60,000. It needed to be $350,000 for the ministry to be self-sustaining, which the General Assembly had charged Eric to realize. Eric took six months to develop a business plan to turn the camp around. The plan had many risks, but Eric and the team walked by faith. “The turnaround started with a clear, compelling vision for Christian camping and conferences,” Eric explains. “I connected with CCCA—Christian Camping and Conference Association—and networked with tremendously successful Christian camps. We slowly started to improve the facilities. God provided a staff member, Howard Sergeant, who could fix, build, or make anything connected to the physical plant work.” Howard, as Eric explains, actually raised one-third of his own salary and moved from the Chicago area to be involved. This kind of selfless commitment was priceless to the initial phases of revitalization. 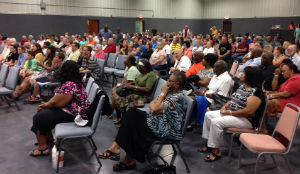 Once the grounds were in decent shape, Eric’s wife Lisa volunteered her time to coordinate the redesign of the camp and ministry model for students. As the grounds improved and the marketing stepped up, Christian groups began to take notice. Still, income was not supporting the ministry. “We started fundraising campaigns, adjusted rates, and tightened staff to embarrassingly low numbers,” Eric recounts. “At this point, I had taken a 40-percent reduction in salary, and we still weren’t making it.” Turning around a declining camp ministry is anything but easy. In fact, Eric says it is nearly impossible. But nothing is impossible with God, and Eric pressed on.

In 2014, the camp took their biggest risk to-date. Zach Schaeffer was hired as the camp’s executive director. An experienced youth pastor with a love for the camp, Zach oversaw major improvements in the caliber of ministry and programs offered by the camp. He also built solid relationships with the community. Because Camp Warren could no longer survive on small church retreats and family reunions, Zach and the leadership team successfully attracted Christian camps and retreats from multiple denominations, as well as the University of Illinois.

“We are not where we need to be, but 2016 is on target to be our best year yet,” Eric explains. “Our revenue has increased by 400 percent, and the support from Illinois Ministries has been able to decrease by 200 percent. Illinois Ministries is very satisfied with this level of support because we believe in Christian camping. The events that happen at Camp Warren and our state youth convention are the largest evangelistic, leadership development, and discipleship opportunities that we offer the local church.”

Eric Livingston never imagined revitalizing a camping ministry. As a local church pastor for twenty-three years, he hated to move and didn’t know what the future would hold. Looking back, Eric knows God’s hand has been on him the whole way. “It has been hard, but incredibly rewarding,” Eric concludes. “It’s not what I thought I was getting myself into, but I knew God called me, so I ‘danced with the one that brought me.’”