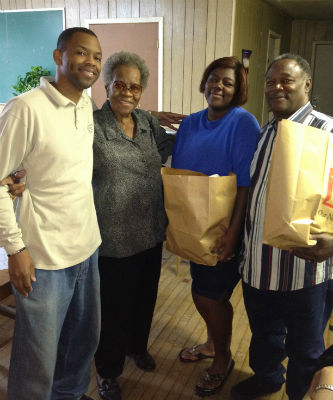 One church’s ministry to their community might not be the best for your community. You can’t address the needs of your neighbors until you know your neighbors. Motivated by a genuine love for people—not just a goal to see more bodies fill the pews—Shadydale Church of God in Houston, Texas, conducted a survey of their area. The survey, designed to determine how they could best take care of their neighbors, revealed that drug abuse, domestic violence, and educational issues were of greatest concern. In 2006, to maximize the long-term impact on the community on what mattered most, the church established what’s known as the Shadydale Community Development Corporation. More than a decade later, Pastor Darius Miller is at the helm, leading the church and community to take back what hell has stolen.

Longtime pastor of Shadydale, Samuel Greer, had to do something. His desire to see transformation come to the community was nothing new. For example, he wanted to provide jobs for the unemployed. The problem was that many of the neighbors had prison records; employers generally don’t want to hire individuals with a prison record. By establishing a community development corporation, Greer would be laying the groundwork for an organization that would ultimately solve problems just like this.

But first, the establishment of the Shadydale Community Development Corporation: as a separate ministry from the church, the operation would prove to be a partner for not only Shadydale Church of God, but also any other local church or agency interested in improving their community. Partnership is the key word, as the congregation has also discovered there really is no need to reinvent the wheel to accomplish what so many are trying to accomplish. 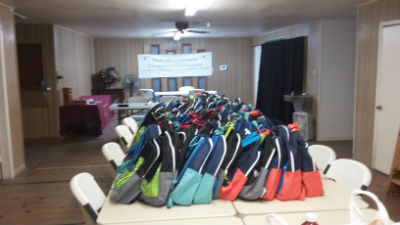 Backpacks for giveaway at Shadydale.

Focusing on education, the corporation conducts a backpack giveaway. A partnership with the Kids in Need Foundation produced the necessary backpacks to offer the community. Focusing on drug abuse and domestic violence, the church hosts a recovery group for those recovering from cocaine addiction. To ease the burden on neighbors and further promote healthy families, a partnership with local grocery stores yielded food for distribution at Thanksgiving and Christmas. These are just a few of the ways the Shadydale Community Development Corporation and Shadydale Church of God have demonstrated their commitment to the actual needs of their neighbors. It’s a no-brainer for Pastor Darius.

“We really see our role as a church positioned to make an impact on the community around us in tangible ways,” Darius explains. “And we really want to reach the poor and broken. I became the senior pastor of Shadydale in 2010, and Luke 4:18 became the focus of this ministry. I want other congregations to know that there are things anyone can do in their community to make a difference. Singing, preaching, and praying are all great, but Christ actually met the needs of people, often even before sharing the gospel. With our nonprofit, we want their hearts to be opened to the gospel. If they’re hungry, they need something to eat. If they’re thirsty, they need something to drink. I knew when God sent me to Shadydale, our mission field was our neighborhood.”

The latest opportunity Darius sees on the near horizon is to further meet the educational and family needs of the neighborhood through a daycare. God has opened some doors, and the possibilities are exciting. Also on the horizon, Darius sees an affordable housing ministry and the fulfilment of a dream of his predecessor: hiring the jobless and teaching them the skills they need for the workforce. As other needs arise, the Shadydale Community Development Corporation is there to do something about it. The church, which provides the bulk of volunteers, makes it a reality. Pastor Darius Miller beams, “This whole journey has truly opened our eyes not to just be a family church, but a community church.”

In Texas, across North America, and around the world, God is on the move in the Church of God. Join the movement. Reach our world. Donate today at give.jesusisthesubject.org.