By chogministries
Posted February 2, 2017
In All Church of God, Global Strategy
Tanzania: Local Leaders, Missionaries Taste Fruit of Their Labor2017-02-022017-02-02https://www.jesusisthesubject.org/wp-content/uploads/2016/07/ChogLogo-Light.svgChurch of God Ministrieshttps://www.jesusisthesubject.org/wp-content/uploads/2016/07/ChogLogo-Light.svg200px200px 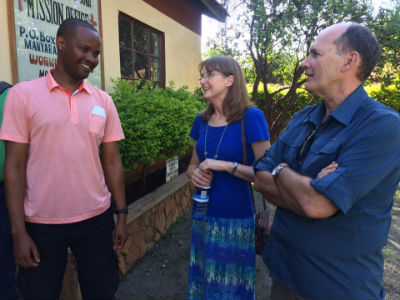 When fire destroyed the boys’ dormitory at Aldersgate Education Center on August 29, the Church of God in Tanzania faced a pretty serious test. Would the church and the school resolve to respond undeterred from the upward path they were on, or would the effect of the blow require extensive recovery? Your generous support following the tragedy, combined with emergency funds sent immediately from Global Strategy, provided the relief that was needed right away. But the Church of God in Tanzania rose to the occasion with haste and dignity that reflected a people growing in number, spiritual maturity, and sustainability. When the Church of God regional coordinators convened in Tanzania for their annual January meetings, those present were afforded a firsthand opportunity to witness the fruit of seeds planted over generations by both missionaries and indigenous leaders.

Over the years, Church of God missionaries have poured heart and soul into helping the Church of God in Tanzania become more and more self-sustaining. Our missionaries long to see not only immediate needs met, but long-term needs addressed through spiritual and corporate transformation of churches across the globe. The greatest joy of discipling a new believer is the day he or she begins discipling another. While missionaries, regional coordinators, and Global Strategy staff were in Tanzania, they rejoiced to see remarkable steps taken toward the Church of God there being a vibrant, disciple-making body requesting less outside assistance. While there is yet much to be done in the way of leadership development to keep up with the growing congregations, the future of the Church of God in Tanzania looks bright. 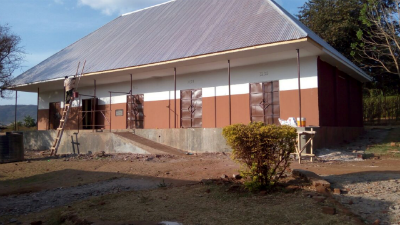 In the wake of the Aldersgate fire, the Church of God in Tanzania raised money within the church and secured donations from outside of the church. In combination with the gifts from North America, the Tanzanian church was able to rebuild the boys’ dormitory within two months!

“Through Project Link, the Church of God in Tanzania had been very dependent on North American dollars for ministry,” Ben Shular, chief international officer of Church of God Ministries explains. Ben and his wife Kelli served as missionaries to Tanzania for eight years. Now they’re humbled to see what has happened since. “We worked hard during those years to get these projects ended and replaced with their own funding—to train them on giving, and really owning the operations of the church.” 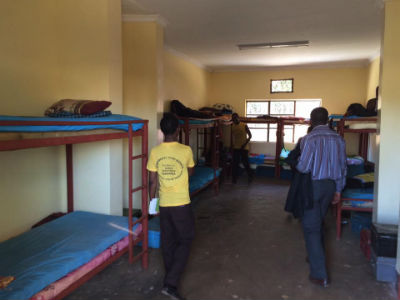 Photo: Inside one of the new dorm rooms at Aldersgate.

While self-sustaining in operations, the Church of God in Tanzania is starving for more qualified leaders as the church is experiencing incredible growth. Some areas of the church aren’t as healthy as other areas, making prayerful and financial support an ongoing need. But your support is no longer going to operations—it’s going to developing indigenous leaders of today and tomorrow through training and scholarships. For Ben and countless others who have invested in these brothers and sisters, that’s exciting.

“Not only is the church self-sufficient, they’ve grown and have a focus on evangelism,” Ben explains. “Aldersgate is bigger and up over a thousand students. They’re building more buildings—on their own. The Bible school has more students than they’ve had in a long time.” 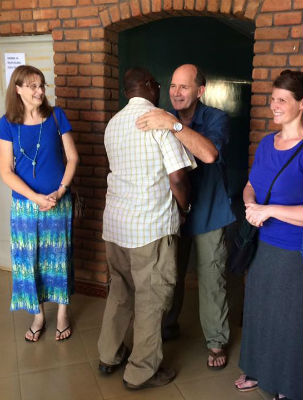 “Caroline and I feel honored to be two of many missionaries that have worked in Tanzania since the Church of God work started there in 1959,” Don explains, “all of whom labored many years to bring about what is present today. It involves a lot of people accepting a calling to leave the familiar, sell everything, move half way around the world on a one-way ticket, and begin ministry in a culture that is not their own. And most importantly, it involves people in the local culture responding to a call by God to live their lives differently than what their culture tells them they must do.”

There is yet much work to be done in Tanzania, but the Church of God is certainly celebrating what God has already done through local leaders and the numerous missionaries. Mike and Heather Webb served as missionaries to Tanzania and now live there as regional coordinators for Africa. They echo the Armstrong’s refrain about the role of the Tanzanians. “Overall, we have seen incredible progress in Tanzania because of the faithful investments of many godly Tanzanian leaders and missionaries over the course of many years,” they add. “God has brought the church through hardship and blessing, and the many years of faithful building is bearing fruit in a church that is increasingly healthy and continues to grow. As RCs, we are so thankful for the many years of labor that have taken place in this country.”

Support leadership development in Tanzania. Mail your donation to Church of God Ministries, PO Box 2420, Anderson, IN 46018 and clearly designate your gift to Project #45.40476. Or, give online at www.chogglobal.org/giving-opportunities-africa/ under “Tanzania” and “Tanzania Pastoral Continuing Education (42.40476). Thank you!