By chogministries
Posted December 4, 2012
In All Church of God
Taking Steps Toward Reconciliation2012-12-042012-12-04https://www.jesusisthesubject.org/wp-content/uploads/2016/07/ChogLogo-Light.svgChurch of God Ministrieshttps://www.jesusisthesubject.org/wp-content/uploads/2016/07/ChogLogo-Light.svg200px200px 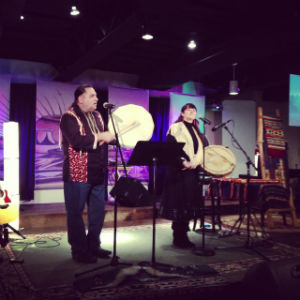 “Reconciliation. It’s a long process,” reflects Rusty Akers, pastor of Community of Hope. In 2005, Community of Hope Church of God was planted smack dab in the middle of two reservations. From the beginning, Akers had a heart for their Native American neighbors but wasn’t sure about how to reach them for Christ. “There’s a lot of hurt feelings. Doing some small things here and there is important. We must get along with each other, accept and love each other, and then through that relationship, we can build reconciliation.”

Maricopa, Arizona, is one of the fastest growing cities in Arizona. According to the 2012 census, the locality grew by 4,000 percent in ten years. The city is situated directly to the north of the Ak-Chin Indian Reservation and immediately south of the Gila River Indian Reservation. The location and explosive growth make Maricopa an ideal hub for an outreach to Native Americans. Considering the great cultural diversity and a long history of racial tension, however, outreach is anything but simple. Akers insists that relationships must come first.

“Throughout history, there were atrocities, genocide, and more. Native Americans were pushed to the margins of society. In many ways, they’re still paying for that today. As followers of Christ, we’re called to love everyone. Now we must point to Jesus Christ, the cross, and resurrection, but it’s first done through understanding and loving one another.”

Historically, monarchy and Western forms of government have not made a good impression on Native Americans. Akers explains that we must show that “Jesus is a loving king.” He believes that we need to assure Native Americans that Christians do not believe that it’s “okay to invade your neighbors and kill them.” He concludes, “You start with the basics and move from there. You move slow.”

Pastor Akers has recently been challenged by a Native American Christian friend, Terry Wildman. Wildman has been doing reconciliation ministry for twelve years and now attends Community of Hope. This year, Akers accepted the challenge and coordinated their church’s observation of Native American Heritage Month. The special day of celebration featured the chairman of the Ak-Chin Indian Community as the keynote speaker. The chairman discussed the challenges and opportunities that the tribe faces, and Community of Hope Church honored him with a special gift. RainSong, a musical duo comprising Wildman and his wife, led the congregation in worship with a Native American flair.

Community of Hope will continue to work to build more partnerships with tribal leaders, community organizations, and churches in the coming years. While they may not see results overnight, Community of Hope is taking steps toward reconciliation for the cause of Christ.

To learn more about the Native American Ministries of the Church of God, visit http://chog.org/native-american-ministries.